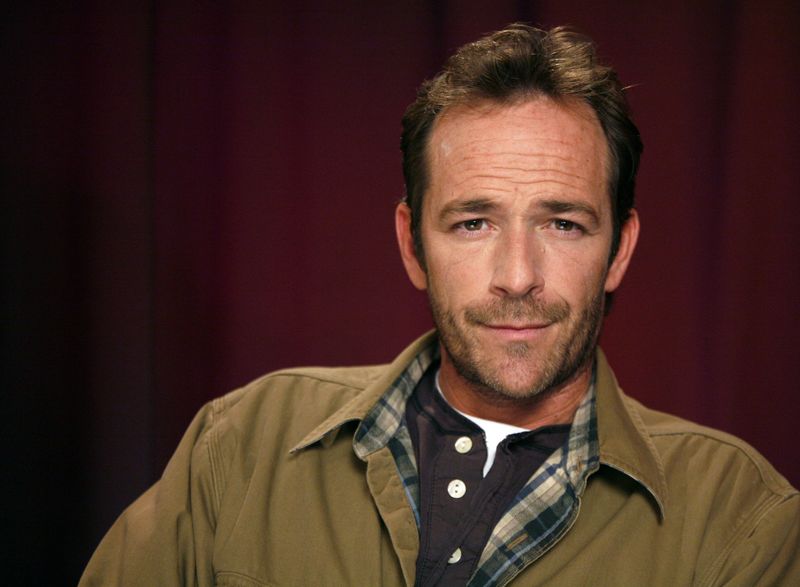 The actor gained fame for his role as Dylan McKay on Beverly Hills. He went on to appear in numerous televisions shows until his role in the hit CW show  Riverdale as Fred Andrews.   He also played Ned on the ABC soap opera, Loving.

Filming on Riverdale was suspended Monday to allow cast and crew time to grieve for their co-star, according to The Hollywood Reporter.

In a statement Riverdale executive producers: Roberto Aguirre-Sacasa, Greg Berlanti, Sarah Schechter and Jon Goldwater along with producer Warner Bros. TV and The CW expressed:  “A beloved member of the Riverdale, Warner Bros. and CW family, Luke was everything you would hope he would be: an incredibly caring, consummate professional with a giant heart, and a true friend to all. A father figure and mentor to the show’s young cast, Luke was incredibly generous, and he infused the set with love and kindness. Our thoughts are with Luke’s family during this most difficult time.”

Molly Ringwald took to Twitter and shared her grief  “My heart is broken. I will miss you so much Luke Perry. Sending all my love to your family.”

Share your condolences and prayers for Luke’s family via the comment section below.    We will have more on this developing story as Hollywood shares their remembrances in the days to come.

My heart feels numb, Luke Perry was a wonderful actor. Way too young to die, from a massive stroke. RIP buddy, I will miss you.

Hi Timm, I was saying we lost them both so young. I am sure Luke Perry wanted to live. Both situations are very sad.

I agree. Your thoughts on replacing Luke on Riverdale? My first two thoughts were Ian Ziering just because how close they were. [Not a fan of Ian] And #2 would be Joey Fatone. I know, left field but I just think he would fit the role. Whatever happens, they will fill it with someone really good. The cast is phenomenal!

Yes, I agree the cast of Riverdale is very good! I can’t think of anyone to replace him at the moment. Luke Perry made the role his own.

Very sad. Condolences to his family.

Damn, it just sucks so bad. I never watched BH 90210 BUT I watched him on Riverdale and he was a joy! He is ONE of the many stars from the 90’s they employ along with the 20 somethings. The cast is strong BUT losing Luke, Archie’s father will be tough to replace. He and KJ had good chemistry. You actually believed they were father and son. On soaps we rush to always replace a character but this is a bit different. I trust the show will find the right guy. They do such a wonderful job. Luke Perry, rest… Read more »

I am so sorry for your loss.May he rest in peace

Such heartbreaking news. My deepest sympathy to his family and friends. May he rest in peace.

I wanted to know more about Luke. Didn’t realize his first roles were in the daytime soap operas Loving (1987–88) and Another World (1988–89). So many actors started off in the soaps, but it was way too early for Luke to have passed away. :((

This is beyond awful. I was such a big Luke Perry fan…ever since his days on Loving from back in the day. He will be truly missed.

I was so sad to hear about this from my sister this afternoon. Such a sad loss. I’ve read nothing but nice things about him, especially from his celebrity co-stars from over the years.

its sad news for sure, first Kristoff St John, and now Luke Perry its sad because Both died before their time.
but I guess we’re all on borrowed time, you just don’t know when your time will come, that’s why one truly has to cherish every moment. My prayer to his family.