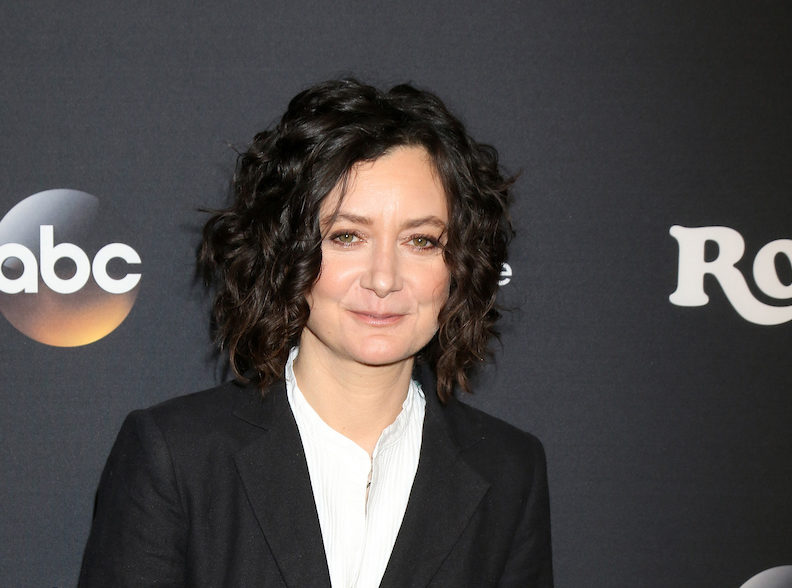 During Monday’s episode of CBS’ Daytime’s The Talk, co-host Sara Gilbert had the opportunity to address those at home, and in the audience on her thoughts on the firestorm that ensued last week when her primetime series, Roseanne was swiftly cancelled by ABC.

All of this came about following its star, Roseanne Barr’s racist and offensive tweet.  The tweet about former Obama advisor, Valerie Jarrett caused ABC executive, Channing Dungey to ax Roseanne from the network’s line-up effective immediately.

Gilbert, who was a major force in bringing the Roseanne reboot back to ABC, had shared her sentiments on Twitter last week, but on her daytime series today she offered this up: “In addition to my statement, I would like to say this has been a very difficult week. A lot of people have been hurt by this. I will say I’m proud of the show we made. This show has always been about diversity, love and inclusion. And it’s sad to see it end in this way. I’m sad for the people who lost their jobs in the process. However, I do stand behind the decision ABC made.”

Sara’s other co-hosts chimed in.  Sheryl Underwood added, “As a black woman who is a comedienne… I’m happy to see that it was done swiftly.’  Julie Chen adds, “Canceling the show so quickly sent a strong message and the right message.”

Watch Sara’s statement on the Roseanne cancellation below.  Then let us know, what did you think of Sara standing by ABC’s decision and reflecting the loss of jobs and the way that the show stood for inclusion and diversity had to end this way? Comment below.

Yes, sad. Too much racism and hatred today.

Roseanne’s mind isn’t right, something is seriously misswired upstairs, back to the macadamia nut farm she goes.

I THINK IT SUCKS. I HAVE HEARD WORST THINGS SAID ABOUT THE PRESIDENT BUT THEY DON’T CARE. ALL BECAUSE ROSANNE IS A REPUBLICAN. I WAS SO DISAPPOINTED IN IN ALL 3. WHEN TRUMPS MOTH WAS COMPARED TO A MONKEY THAT WAS FUNNY TO ALL DEMS & PERFORMERS ON TV ARE DEMS. THE VIEW DOES HAVE 1 REP THEY GIVE HELL EACH DAY. MICHAEL U KNOW HOW I BOYCOTTED ABC WHEN THEY CANCELLED OLTL WELL HERE WE GO AGAIN AS WELL AS THE TALK. PERFORMERS OR TALKERS WHO THINK WHAT THEY SAY IS GOSPEL HAD BETTER THINK AGAIN. I’M BEGINNING TO… Read more »