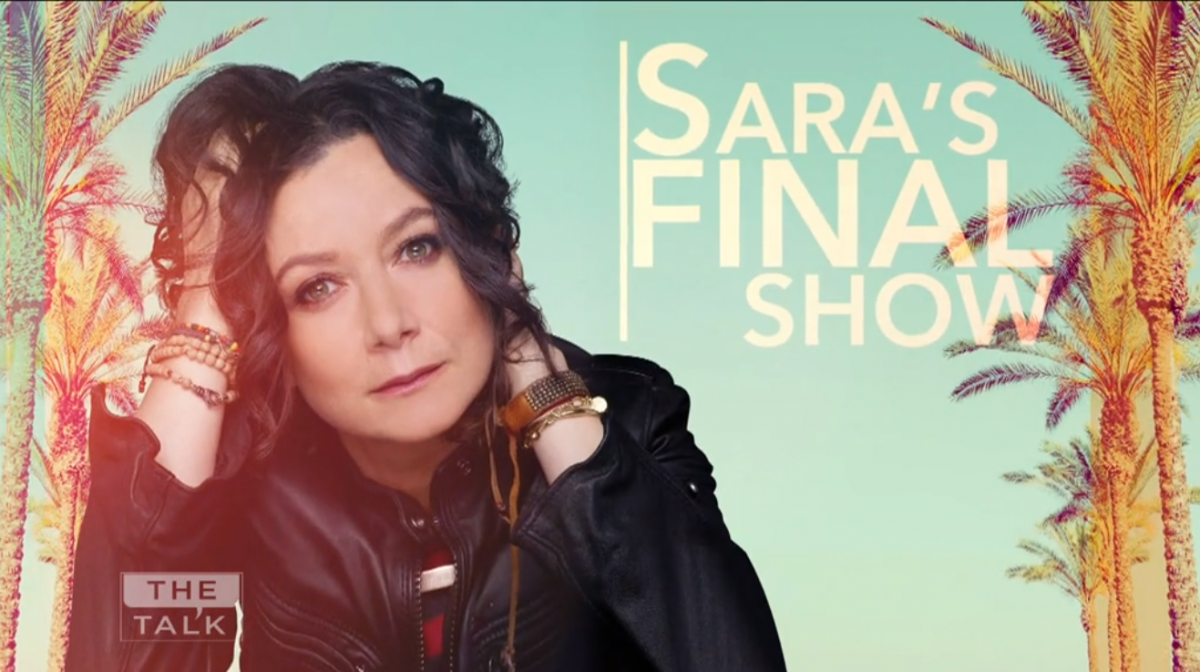 Friday brought tears and memories on CBS’ afternoon series, The Talk.  For this was the day that the final episode with Sara Gilbert as one of the ladies at ‘The Talk’ table.  Earlier this year, Gilbert announced that at the end of the series 9th season she was taking her final bow.

Sara was the originator and creator of The Talk as she had the genesis of this talk show idea, and has remained an executive producer of the series.  Gilbert decided it was time to step away to devote time to her blossoming career in front of the camera and behind the scenes, while juggling her home life with her wife and kids.

In her last episode, her co-hosts: Sheryl Undrewood, Carrie Anna Inaba, Eve, and Sharon Osbourne each took turns honoring Sara, as she also had words to say to each of them as she prepared for her final goodbye.

Sharon Osbourne is overcome with tears, but began her thoughts on Sara’s departure: “I hate doing this. Coming every day, seeing Sara – she can read me, I can read her.  If there’s anything on my mind, I tell Sara. Now, it’s like, I won’t have Sara here.  While my husband’s been sick, Sara’s just gone out of her way to find little things that she knows he’ll like and buy for him and he considers her a friend too.  She’s like a sister that I never had. I can tell her things and she gives me good advice … It is like not having a sister with you anymore and it’s going to be hard, but she only lives down the road! (laughs) Just literally across the street. I will be paying her many visits. She’s not going out from any of our lives.”

An emotional Sara Gilbert expressed to Osbourne: “Sharon, you know, I went to pull my thoughts together and it was literally like, I thought, ‘What do I say?’ It was just like that cliché of not having words.” Gilbert next shares a story from the beginning of the show back in 2010.  “I really wanted Sharon to be on this panel and I fought for her to be here and she wanted to do it and I was so grateful.  I know this is like completely unprofessional, but right after she got the job, I called her and I was like, ‘I don’t know what I’m doing. How do I do this?’ And she said, ‘Just be yourself’ and you gave me permission to do that over these years.  And, we’ve shared so much together, so much joy and pain. We’ve been there with each other and for each other through so many moments… I love you and I know this is not a goodbye and that we’re going to be in each other’s lives. I’ll make sure of that.”

Later, Sara’s wife, Linda Perry and daughter, Sawyer performed a song in her honor called “Mama”. But it appears Gilbert was expecting another song, when Sawyer confessed: “She thinks we’re playing ‘Shallow,’ but I didn’t think that was special enough, so I wrote you a song. It’s called ‘Mama.’”

In the final moments of the episode, and surrounded by The Talk producers, CBS executive, Angelica McDaniel and the crew and backstage personnel of the series, Sara said her final words to the viewers: “You’ve let me into your homes, and you let me have a voice, and I will miss that more than you know. This show has always been about community and connection, and I want to thank you for letting me belong, and thank you for listening.”

On Twitter, Gilbert said after the broadcast aired: “Thank you to my family at #thetalk for years of love and laughter. And special thanks to our audience for keeping our conversation going.”

Watch three of the emotional moments from Sara’s final ‘Talk’ episode below. Then let us know, if you will miss Sara on the series, and if you caught today’s memorable episode in the comment section.

Kyle Lowder On His Exit From DAYS: “So Grateful To Have Returned Over The Past Year To The Place Where It All Started For Me”

Something seems to be wrong with those women..
Keeerips- you’d think someone died..

No doubt those drama queens will be having tea and phone convos, texting, shopping and lunches being up in each others business, often..

I liked Sara. Matter of fact, her and Julie were the ONLY two talented ladies on the show whose “View” I cared about. The rest can go pound salt! 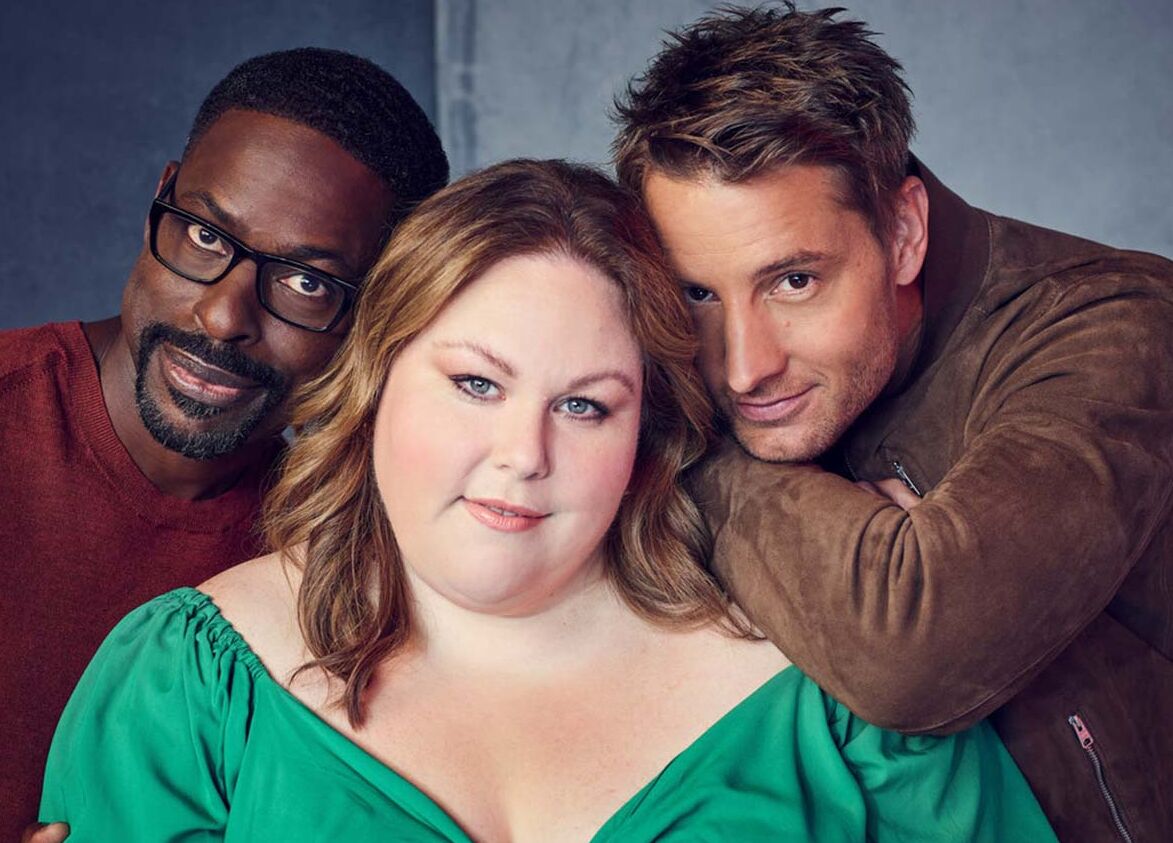 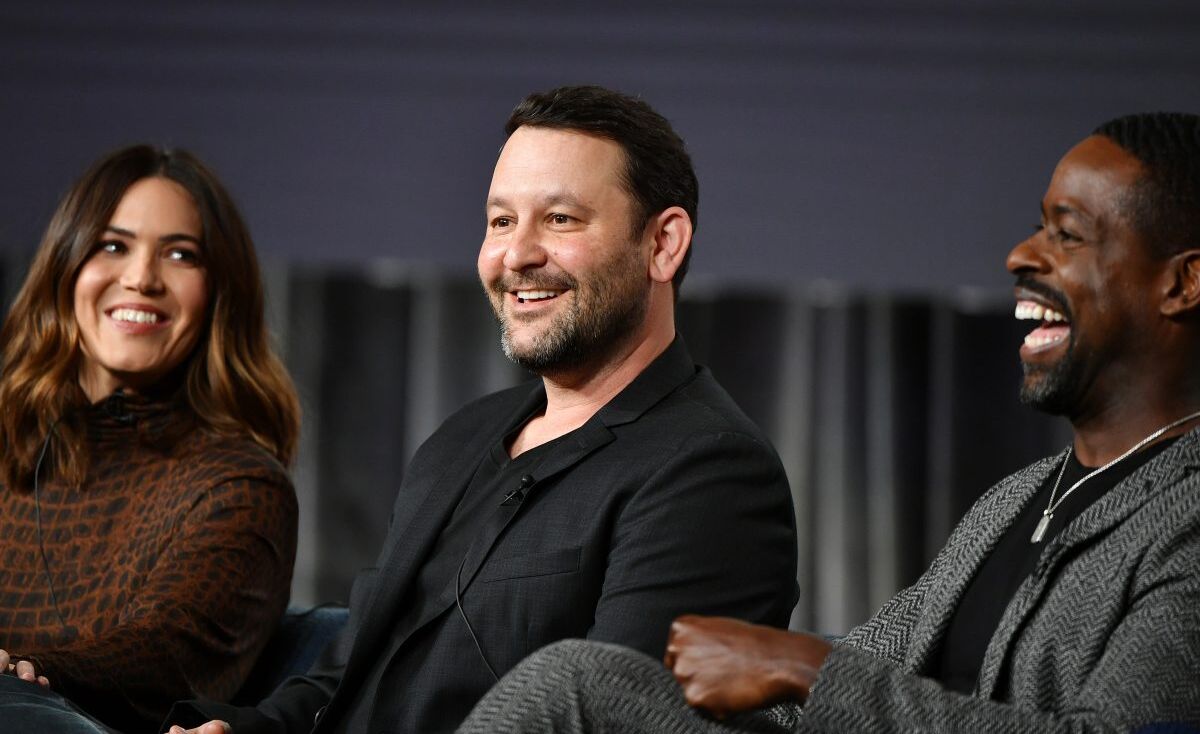