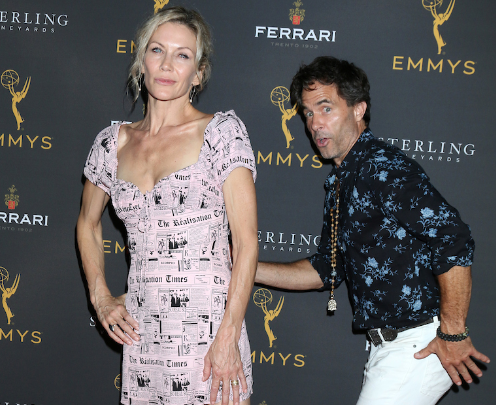 Last week, stars of The Bold and the Beautiful, The Young and the Restless, Days of our Lives and General Hospital and more were in attendance for the Television Academy’s yearly countdown to the Primetime Emmys with peer group receptions for its various members in different areas of the TV industry.

This time it was the Daytime Programming Peer Group who threw a get-together celebrating the creative achievements for the day-part led by Governors: Eva Basler (who spoke at the reception), and Sony executive Steve Kent.

In addition, daytime favorites, A Martinez and Judith McConnell (Santa Barbara), as well as Andrea Evans (One Life to Live) all took to the red carpet chatting it up about their work on The Bay and more.

Check out just a few of the images from the night below in our photo gallery.  Then let us know, who you loved seeing the most via the comment section below.

Oh so many favorites. I miss Shawn Christian. He looks like he would be the life of the party.