General Hospital’s Tyler Christopher (Nikolas) and his wife Brienne chatted with Michael Fairman on the red carpet at the 43rd Annual Daytime Emmys, before Tyler was the eventual winner in the Outstanding Lead Actor in a Drama Series. Tyler discussed what it was like coming on to GH 20 years ago and being thrown into the mix with soap superstars: Tony Geary (Luke), Genie Francis (Laura), Jonathan Jackson (Lucky)and Stephen Nichols (then Stefan Cassadine). He also gave props to his on-screen son and co-star Nicolas Bechtel (Spencer). Tyler also revealed he did have a semblance of a speech prepared should he win, which as we know he got to say!

Geary’s performance was wonderful BUT Tyler Christopher really took his storyline to the next level!
He has become a great actor and can do even comedy Tyler was hilarious in the Inde film Face the Music!

Hey Michael Fairman–this one’s for you: Did you get an interview with Tony Geary? LOL!

Hi Nancy:
Ha!
Tony Geary did not do any press – nor the red carpet during Emmy night.
Best,
Michael

Thanks, Michael–and I love your blog–and all of your interviews–you are the best! Thanks for keeping us informed and allowing us to comment. Love your enthusiam and knowledge.
Re TG–are we surprised??? (All together now!) I hear the thunderous “NO!”
Best to you, Michael,
Nancy 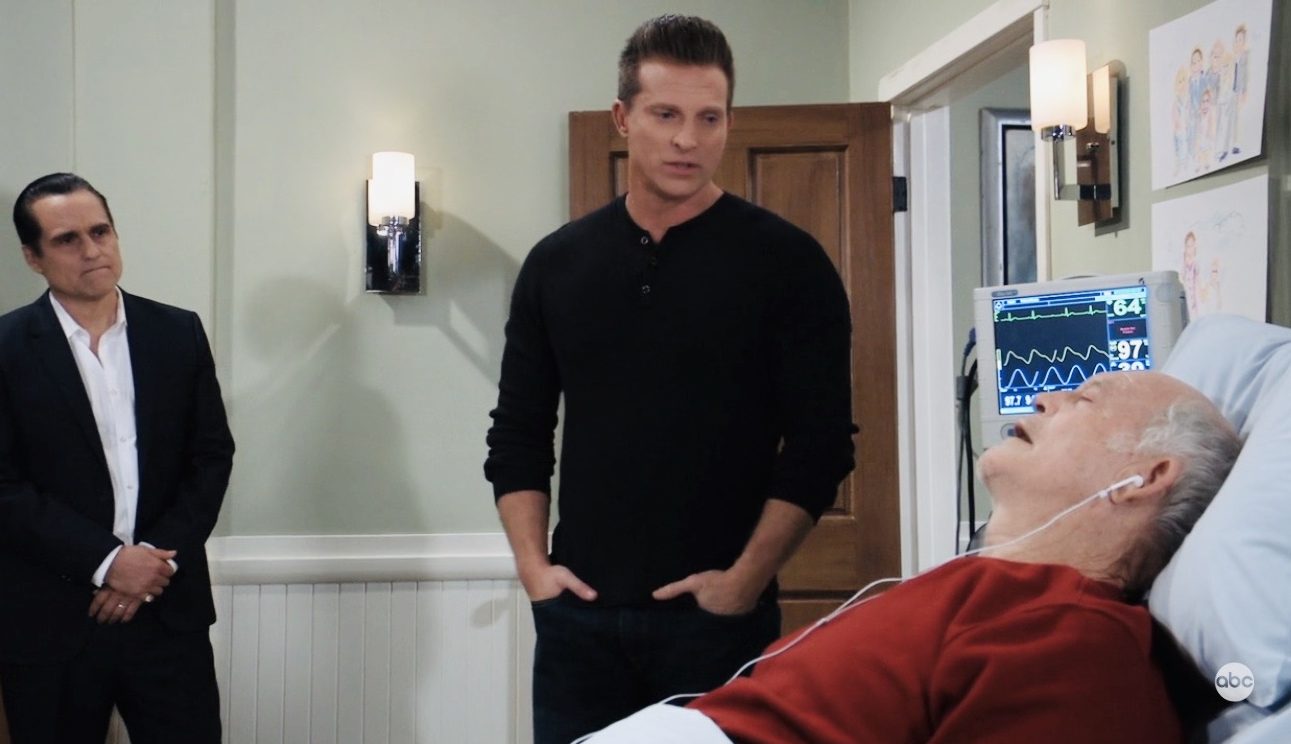 Last week, as General Hospital aired the final episodes they had in the can, prior to the coronavirus TV production shutdown, viewers of the series were left with a one-two punch of gut-wrenching performances from Daytime Emmy winners, Steve Burton (Jason) and Maurice Benard (Sonny)

Burton, also received great news last week, when he found out he was again Emmy-nominated in the Lead Actor in a Drama Series category, while Benard, told fans he did not submit himself in the competition this year, when they were wondering where his name was in the list of the finalists in the category.  However, Maurice won last year for the second time in his career, for Outstanding Lead Actor. 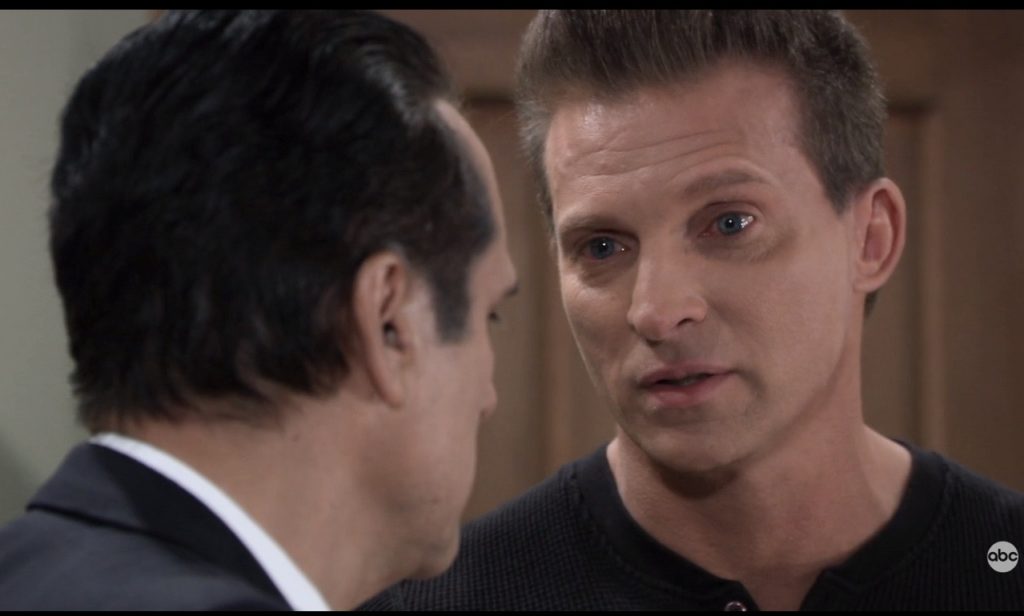 Now on last Tuesday and Wednesday’s episode of the ABC daytime drama series, Jason was trying his best to break it to Sonny that Sonny’s dad, Mike (Max Gail) is not going to get any better as he continues to decline from Alzheimer’s disease, and that Mike is waiting for Sonny to let him go.  Sonny is devastated sitting with Mike watching him being completely unresponsive.  He tell Mike he will be back to see him tomorrow, as he leaves Mike reaches out his hand slowly.

Elizabeth (Rebecca Herbst) has just told Jason that she believes the signs are all there that Mike is on his final decline and battle with Alzheimers. Mike is unresponsive, not eating. and slipping away quickly. She believes he wants to let go, but is holding on for Sonny’s sake, something that tears through Jason.  Knowing Jason was told something by Elizabeth, Sonny asks what it is.  That is when Jason tells Sonny he thinks Mike is waiting for Sonny to let him go.

An overcome Sonny tells Jason that he worries that Mike might still want to fight, but for what? He is a shell of himself and has no memories.  It is then that Burton as Jason, in a touching performance, tells Sonny what he’d want if he were in Mike’s place. Jason reflect that he wouldn’t want machines keeping him alive or his kids having to go through what Sonny is having to deal with right now   Jason goes on to say that even when Sonny put walls up between himself and Mike through the years, that Mike never stopped trying to break them down. 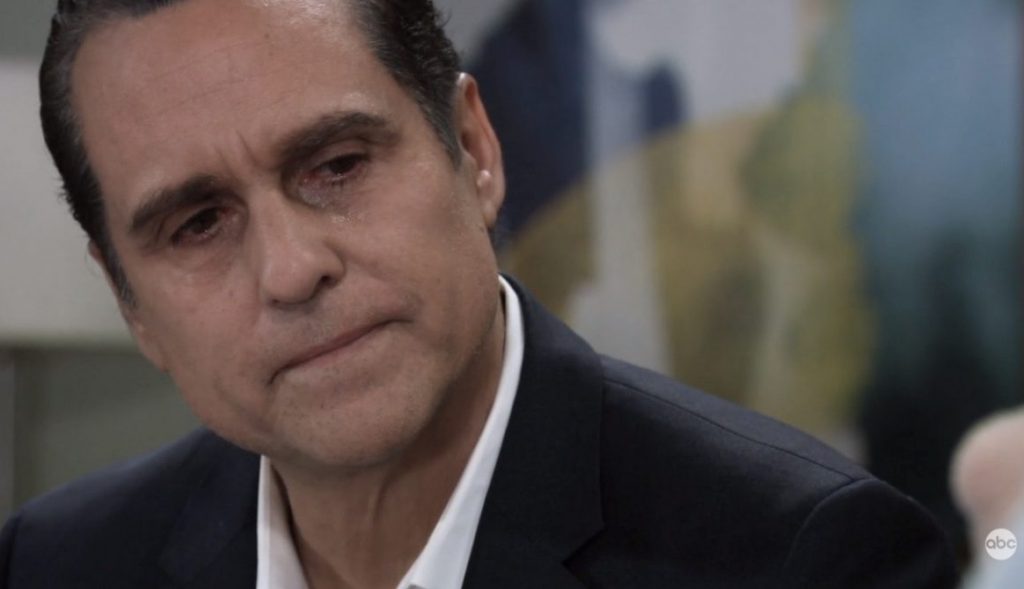 Once Jason leaves, with tears running down his cheeks, Sonny sits with Mike trying to come to terms with what he must do now.  Will Sonny let Mike die and spare his father any further misery … or will he try to prolong whatever time Mike has left?

These scenes for anyone who has endured or lived through losing a loved one battling through Alzheimer’s and having to make a life and death decision, and the emotional turmoil and sadness it causes a family, could feel the pain and heartbreak played  by Burton and Benard. That is why Michael Fairman TV gives Steve and Maurice the honors of The Power Performance of the Week.

Then let us know, what did you think of Steve and Maurice’s performances in the Alzheimer’s storyline? Comment below.

I was like so sad and emotional 🙁
Good thing @MauriceBenard got his friend @1SteveBurton to help him through this! #StayAmazing https://t.co/aWCnlWdlB6 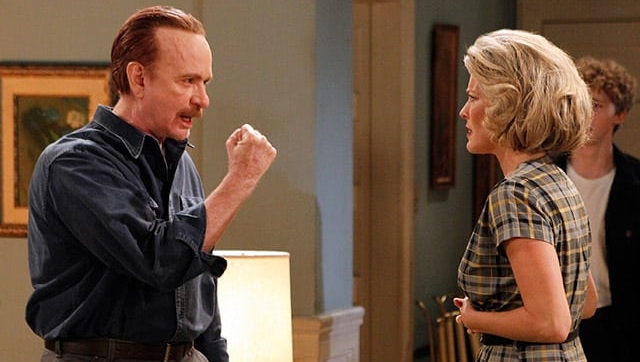 Fans are in for a treat today (Friday, May 22nd) when ABC’s General Hospital airs an encore presentation of one of the finest hours of soap opera in the history of the genre, with its 52nd anniversary episode from April 1, 2015.

In the episode, viewers finally learned what turned Luke (Tony Geary) into Fluke, which has been the on-going story for months; but it all lead up to the shocking reveal, when Luke revisited his past in his broken down childhood home and the demons that haunted him.

The episode goes from black and white to color, as Geary plays two roles: Luke and his abusive father, Tim, in one of the greatest performances of his career.

It is there we finally see Luke’s mother, Lena, played to perfection by Laura Wright (Carly).  And, it is in these scenes we meet for the first time Chloe Lanier as a young Patricia Spencer, who was so good, she was later cast as Nelle.  Playing the young Luke in another powerful performance was Joey Luthman,

Throughout the twists and turns, viewers learn that Luke not only killed his father, but accidentally killed his own mother who he loved.  It was a harrowing moment of deeply repressed memories.  The ending in the present time also features the Spencer family rallying around a distraught Luke in the hankie-inducing final scenes.

From the performances, to the script, to the direction, to the writing his one had it all.

So, will  you be watching today’s 52nd anniversary episode of GH?  Do you agree it was one of the finest episodes of the series? Comment below