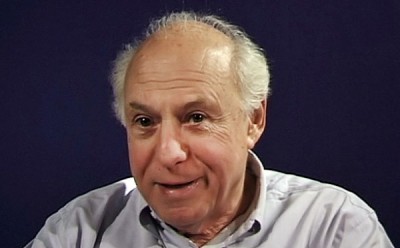 Auerbach, who is considered by many to be a pioneer in daytime television, passed away today in La Jolla, California at the age of 91 from complications of glioblastoma.  Auerbach helmed CBS’ Love of Life, from 1951 to 1980, which was its entire run. He directed the talents of Warren Beatty, Jon Voight, Jessica Walters,  Christopher Reeve, and Roy Scheider, who would all work on the series during the early parts of their careers.

Following Love of Life, Auerbach directed on a number of New York based soaps including: All My Children,  Another World , As the World Turns and One Life to Live.  It was at OLTL where he was very well known for his work, after his 29 years at Love of Life, so much so that he received a Daytime Emmy for directorial achievement in 1984.  It is estimated that Auerbach clocked over 3,000 hours as a daytime television director.   He was considered such a soap opera expert that Dustin Hoffman consulted with him on the film Tootsie, in which the actor played a soap opera star.

DGA president Paris Barclay made the following statement today on the passing of Auerbach:  “Larry emerged as a vigorous presence right after the merger that created the modern DGA, diving headlong into a long career of service to the Guild and his fellow members.  Larry worked tirelessly, out of love for his Guild and his profession, to ensure better working conditions and stronger protection of creative rights for Guild members, and he was instrumental in raising the profile of daytime serial directors, the genre to which he dedicated his career.  Under his watch as National Vice President and a member of the Eastern Directors Council, Larry helped organize the renovation of the New York headquarters, and he played a major role in ensuring greater health and fiscal security for Guild members through the DGA-Producer Pension and Health Plans.  He was a dynamo – a strong and powerful voice for our members for decades – and we will miss him greatly.”

Share your thoughts on the passing of Larry Auerbach below: Did you watch Love of Life?  Do you remember his work from OLTL?

DAYS OF OUR LIVES: Paul Flirts With Will! Sonny Is Upset Over His Marriage! Derrick Pops Up!

I was a little kid and watched Love of Life with my mother. So, I’m sure I saw his work. If he was directing OLTL during the 1980s, I certainly saw and enjoyed his work. That was the era of Karen, the housewife hooker, and the fabulous Marco Dane. The Buchanan clan came to town. We got our first glimpse of the evil and hard to kill Mitch Laurence. Niki Smith returned. Dorian got a family in Herb and Cassie. A lot happened during that decade. Thank you Mr. Auerbach for your wonderful work. RIP.

My thoughts and prayers are with his family…if there is a daytime hall of fame he should be part of it…he was behind the scenes but he is a daytime legend!!! I loved Love Of Life!!!

A true legend. Thanks for making soaps truly great, back in the day.

Soaps owe a great deal to him, his work on Love of Life helped steer the genre in new directions.

When such a revered leader in the industry passes, it makes me wish for “the good old days.” We are reminded just how great they were, even if we did not realize it then. Thank you, Larry Auerbach.

I watched Love of Life and I was very sad when it was cancelled. Larry Auerbach was on camera on the final episode in the last sad scene and it is very memorable. The director’s work is always visible. He helped make Love of Life a great and memorable show.

Wasn’t he seen at the end of the last episode of LOL leaving the director’s booth & walking thru the set one last time? He is to be saluted as a giant of daytime drama.

Also the passing of Ann Marcus (93)..writer for Peyton Place (’66) along with many others LIAMST, DOOL, GH, OLTL, KL, ..many others.In addition to have been creator head writer for Mary Hartman, Mary Hartman.

As fans most of our attention goes towards the actors and the writers, occasionally to a producer but rarely do we ever focus on soap directors. What they do contributes greatly to our enjoyment of our soaps. So as we “fade to black” on this pioneer soap director, let as all take a moment on Monday as we watch our favorite soap to thank the directing team of the soap in a manner you chose. I will be raising a glass of eggnog and saying thank you for a job well done— and if I were a younger person I… Read more »

Very well said Mary SF. All the people who “male it happen” definitely desire our thanks.

Y&R terrible, fix this show if possible, how on earth is this soap #1 #Baffeling