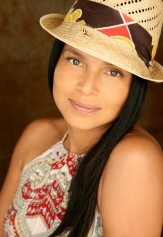 Oh, where do begin in this doozy of an interview with Victoria Rowell!  Out today, part two of TV Guide Canada’s, Nelson Branco chitchat with the author of the new scandalous and hilarious novel, Secrets of a Soap Opera Diva, which hit the bookstores yesterday!   In part two, Rowell answers the highly anticipated response, or flip-side to Branco’s recent interview with Rowell’s former co-star, Michelle Stafford, in regards to Michelle’s statement on the now notorious “spit-take” that occured during a scene a few years back between on-screen nemesis’s Drucilla and  Phyllis on Y&R.

You can see their are two very different views of what went down.  Also, Rowell gives her feelings on the recasting of Drucilla in a casting breakdown that went out from the series several weeks ago. Below are some excerpts!

Rowell on the spit-take:  “During the scene, as Dru is about to tell Phyllis she’s her boss, Michelle elected to freely pick up the mug, fill her mouth with water, and spew the contents therein on me. You could hear a pin drop on the set. No one moved. Dead silence. Michelle began laughing hysterically and couldn’t stop. In fact, Michelle ruined the tag of the scene because it was supposed to end on her but she couldn’t refrain from laughing. Finally, the director said, “Stop tape!” I looked into the blackness of the theatre and the stage and asked if anyone had a blow dryer because let’s not forget we still had additional scenes to film. No one had a blow dryer. Had the “spit take” been cleared with anyone, don’t you think there would have been something to dry me off with? So, I had to excuse myself from the set to dry myself off. Michelle screamed at me, “You have to stay wet for continuity.” I continued to climb the stairs and finally dried myself off. When I returned, Michelle was gone. When she twirled back on the set, she was hysterically out of control. She wasn’t laughing this time but she was hysterical with [former co-executive producer Ed Scott] following behind her saying, “Just finish the scene, Michelle. Michelle looked at me, and said to me, “You are a freak and no one here likes you.” I responded, “Are you ready to run lines? We have another scene to do.”

Rowell on recasting Drucilla: “From a business angle, I will simply say it’s their prerogative to do Dru on the cheap and introduce a knock-off version. Nothing against the actress. Good for her, she’ll get a gig out of this; I don’t begrudge anyone a job. But given that this is Bill Bell’s legacy, why don’t they just create a new, funky, fabulous character instead? Instead, we’re seeing Y&R trying to regurgitate 17 years of unique hard work that they don’t really creatively own themselves. I will admit I was shocked at how blatant CBS was in describing this Drucilla clone in the breakdown. It was cold and callous to announce they were looking for a cheap Dru version in just one breakdown paragraph. It minimized 17 years of blood, sweat and tears in a breakdown that clearly is describing my character, Drucilla Barber Winters. It’s like taking a painting and taking over that painting by throwing new colours on it. It’s outright plagiarism, but because they own the character, they have the legal right to paint over a masterpiece.”

James Franco in USA Today on GH & his academic and acting career!

The Victoria Rowell saga is alot more enthralling than majority if not all of the “best” show emmy reels. Man those were bad. Also, who has spoken out for MS other than Bergman? Braeden’s spoken for Rowell. Yet, those 2 got all Mayweather Mosley in a boxing match on the set, yet they’re both still on Y&R. The Dru clone comments remind me of when Hunter Tylo complained abt Tricia Quick. She was this brunette psychiatrist character that B&B created rt after Taylor was “killed” by Sheila. Tylo was livid that Bell created a character so similar, and Tricia was… Read more »

Right, it seems Stafford is a lot like her portrayed character on Y & R who is VERY annoying. You are right, Rowell is way too smart for these idiots. I hope she starts directing, somewhere, anywhere. God bless her.

Rowell is an obvious egomaniac. Her version of Drucilla was a masterpiece??? She was a shrill one dimensional harpy. She has shown ZERO class in promoting her book and ripping Y&R apart at every interview. Promote your book, nothing wrong with that, it may even be good but enough with the sour grapes. Theres a reason they dont want her back!

I Totally agree! I used to love this “masterpiece” of an actress. Yuck, really? What was I thinking.
Wish I only knew who “Dru” was and not miss rowell

Goodness, didn’t realize Victoria Rowell went through so much drama… I totally hate that as I loved the Dru character and can’t see ANYONE else doing it. I completely understand if she never sets foot on that set again, but I wish they somehow work out their differences because I REALLY MISS DRU and Y&R NEEDS her… whether they realize it or not.

i find it hard to believe that michelle said “You are a freak and no one here likes you.” to victoria rowell, she has a lot of class, so if the person who wrote this interview or victoria rowell is just trying to trash the actress, good luck to that.