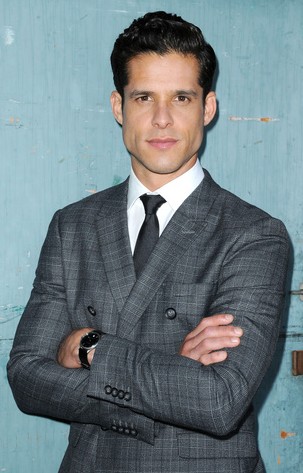 Fans of The Young and the Restless know that Miles Gaston Villanueva (Ex-Luca Santori) can play quite the bad boy, and now primetime  TV audiences will get to see him playing a convicted murderer in the highly-anticipated eight episode Law & Order True Crime: The Menendez Murders anthology series for NBC.

According to the casting news via Deadline.com, first season of the series will focus on the true-life infamous case of Lyle (Villanueva) and Erik Menendez (Gus Halper). The brothers  were convicted in 1996 of murdering their parents seven years earlier. After a mistrial and deadlocked juries — there was one trial but two separate juries, one for each brother — the brothers later were re-tried and convicted of two counts of first-degree murder and sentenced to life without parole.

The true-crime installment of the Law & Order franchise will delve into the players, the crime and the media circus, detailing the day-to-day battles of the trial and unveiling the shocking truth of what really went down when the cameras stopped rolling. Edie Falco also stars as defense attorney Leslie Abramson.

Villanueva recently starred with Al Pacino and Judith Light in the Pasadena Playhouse production of God Looked Away.

Look for a fall premiere on NBC for Law & Order True Crime: The Menendez murders.

So, what do you think of the casting of Miles Gaston Villanueva as Lyle Menendez? Will you be checking him out on the series this fall? Comment below!

RATINGS: For The Week GH and DAYS Gain Viewers!

Good for him !
his character was lackluster BLAAHHHH!
He was the son of a very feared powerful man he was from a power family and his character was nothing, nothing much to speak of.
what a waste ..
hope his new journey will be much better than with Y&R.

THAT was one of the problems with his character, he came from a powerful family whose father was ruthless and we never met him. Why not cast a 60 something former TV actor to go head to head with Victor and then introduce more members of Luca’s family? All of Luca’s threats were empty and it made him look like a joke. That and being connected to Glummer!

I can just picture Victor and Nick trying to deal and Sharon and Nikki being the sane ones about it.

And to throw TRUE gasoline on the fire he should have been sleeping with Summer too. Oh the fun a true story liner would have had with just that ONE story.

Great news for him. So many YR viewers left mean comments about him

Thats great, keep getting work. Stay away from Genoa City! Oh, and keep that girl you hung with whose accent changed over night when she started dating Noah, away to!

Someone else is doing this story as well. Meredith who plays Anne on Days played Leslie in that dramatization.

Excellent, he’s a very good actor. I’ll be tuning in to watch.

great news. I loved and miss him on Y&R. Sexy Luca and his amazing hair!

Unless Law & Order has the “dun dun” sound, it just is not the same. I can’t get into the Chicago version they have on even though the cast, as most Law & Order franchises is fantastic.

I miss the original Law & Order. 🙁

Good for him! He’ll be awesome!

Great to see talented Latino
Actors cast in great roles! Does us proud.