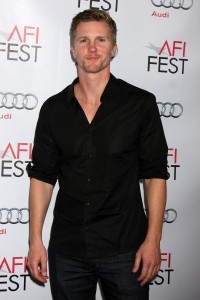 Many viewers of The Young and the Restless have missed the performances of Thad Luckinbill of J.T. Hellstrom since he left the daytime drama series back in 2010.  Since his departure from the CBS soap opera, Luckinbill (husband to Y&R’s Amelia Heinle) has been making a name for himself behind the camera, as well as in front of.

Now comes some intriguing news that Luckinbill has been added to the cast as a series regular in the upcoming Meaghan Oppenheimer drama pilot project for ABC, that is being executive produced by Academy Award winner, Reese Witherspoon.

According to Yahoo TV, the project follows the personal and professional life of Gemma, a ruthless divorce attorney in Dallas, which begins to unravel when her emotionally damaged, love-addicted sister resurfaces, triggering self-destructive tendencies and exposing long-hidden family secrets. Charity Wakefield will play the role of Jules, Gemma’s younger sister. Described as manic, emotionally unstable, and lacking any trace of a filter, Jules is the epitome of loneliness gone wrong. Whereas her older sister Gemma has built up walls of icy protection around her, Jules is desperate for any bit of love she can get.

Thad Luckinbill will play the role of Oliver, Gemma’s trophy fiance, the preppy trust fund kid with classic good looks. He would be detestable if he weren’t such a nice guy.  Reese Witherspoon and Luckinbill have worked together before when both appeared in the 2014 motion picture, The Good Lie, in which Witherspoon starred.

As for Luckinbill, he is a partner in Black Label Media, the production company behind Sicario and Demolition. As an actor, he recently had guest appearances on TV series including: Criminal Minds and Major Crimes.

So, what do you think about the casting of Thad Luckinbill in the role of Oliver in the new pilot for ABC from Reese Witherspoon?  Would you like him to some day make a return to Y&R? Comment below!

Downton Abbey Series Finale: Which Characters Will Live Happily Ever After?

Michael Easton Will Play A Doctor In New Role On General Hospital!

So excited for Thad, Amelia and family! Will be on the lookout for this show!

miss j.t so much!
bad boy who turned good!
he was such a natural fit on the canvas. He was like a surrogate son to paul who mentored him and it was a much more organic father/ son dynamic than the forced paul/ dylan reveal
j.t and colleen were so sweet and probably the last successful teen romance to develop from the ‘ YOUNG’ and restless set, nothing else has stuck really…
the murder of colleen was completly unnecesary as was the last recast from adrienne to tammy as the character of colleen. j.t and colleen had so much potential

Hey, Damien…I, also, miss JT. To me, JT was COOL AND AWESOME AS HELL!!!!! Which is more than I can currently say for bland, dreary and one-note Dylan…BEYOND BLAH!!!!!

He is an awesome actor, miss him a lot on Y&R

Congrats he and his twin brother have done wonderful things! And yes he and the original Colleen Lindsey Fonseca were magic together