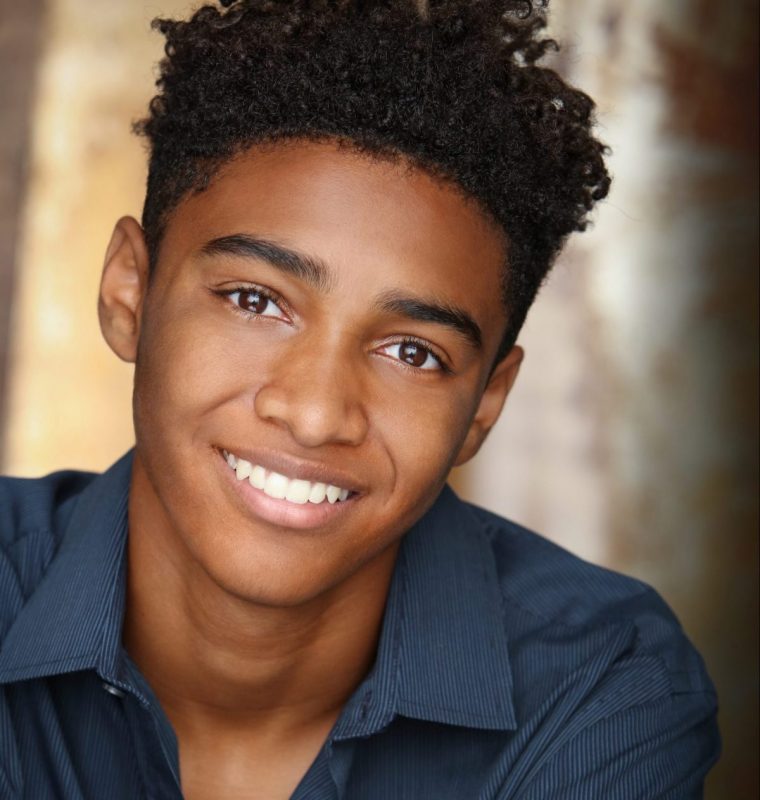 The son of the late Neil Winter and Sofia Dupre is coming home to Genoa City and Y&R.  With that, actor Jacob Aaron Gaines takes over the Moses Winters.

Look for Jacob’s first airdate to be April 1st.  In story, Moses arrives in Genoa City to connect with siblings Lily and Devon and his cousin, Nate.   Since being away from GC, Moses has been living with his mother, Sofia.

Gaines has been previously seen in a a supporting role in the Netflix feature, Fatal Affair opposite Omar Epps and Nia Long (Ex-Kat, GL), and has appeared in over six national commercials.

On Y&R, the role of Moses was previously played by twins Phoenix and Zion Collins and child actors Randall L. Smith and Dax Randall.  Viewers are looking forward to this aged-up addition to the Winters clan.

So, glad Y&R recast Moses and is bringing him into the story? Comment below.

As per the last sentence in above story.I have to say a lot of us are NOT looking forward to another ” aged-up” teen addition. We have enough without more teenage angst.

Why Oh Why, Violet, are we consistently tortured? Ashland Locke and his insipid wife weren’t enough? Where’s Lauren, Michael, Fen, more Traci and Ashley, Jill, Paul? Sometimes I think they ask too much of fans, especially all at once.

Hi Soaphound Thanks for your comment. I am so sick of this show right now. What you just said is true, and truthfully the SLs right now are sooo boring. Let’s get Adam by any means, so sick of him. Can’t stand Kyle and Summer and the horrible Sally pushing herself into everyone’s life, and dumb Jack just eating it up Devon and his two love interests, to me who cares? He and Mariah having Abby’s baby, and her without a husband anymore, again who cares? Poor Faith, enough with her crazy family but now possibly being stalked by some… Read more »

I can honestly say, Violet, that this is the deepest trough Y&R has been in for many years. I’ve been watching since day one, so it’s somewhat heartbreaking to say this. The common denominator for me: I just DON’T CARE. Not about Kyle & Summer (though I don’t mind Kyle with Lola); not about Sally Slimeball; not about Devon and Nate inexplicably two-timing lovely Amanda for dreary, cheating Elena; Victoria’s adolescent manipulation of loathsome Billy; dullsville Lily; and especially not about Jack’s sudden brain death. I will disagree about Adam, because he’s such a talented actor and amazing looking. Also… Read more »

I like Adam , also ; plus , I agree , situations usually get better. I already see some light!

Soaphound. Well said! I agree with your every point. I’m kind of on Chelsea’s side but I wish she hadn’t nearly killed Rey with her plot of vengeance. She has good reason to hate Adam. His worst crime, however, was making Chelsea wear that ugly, green-brown, velour sweat suit which hasn’t seen since the 80s.

Which hasn’t been SEEN since the 80s. The edit button was not WORKING! Just ruins a good joke!

Oh Harry, that track suit has seen more mileage than the Concorde! And why was Chelsea devoid of makeup UNTIL it came time to execute her revenge plan? Did Meredith’s duties suddenly expand?

I am with you, I don’t mind Kyle abs Lola, but am tired of the whole Kyle abs Summer. I think getting rid of Abby’s husband was a huge mistake and making both of them unable to have kids. I CAN’T stand the direction they have Sharon going with being secretive and pining over Adam when she has an amazing and supportive husband at home. The storyline is old and Rey would not put up with the kids let alone her lies. Just let Chelsea and Adam keep being their crazy selves and cut the whole Adam and Sharon. Phyllis… Read more »

You’ve stated all that you don’t like ; however , I didn’t read anything that you do like. Even when I’m unhappy about certain situations or people , I usually add a positive spin by listing what I like about the show.

Lol I think you better stop watching the show.. it’s causing you too much stress:)

I agree with you, Violet. And you, too, Soaphound. “Teenage angst” is difficult enough to go through personally — sadly, I can still remember… So many soaps create these elaborate, contrived plots for teens, only to get rid of them a couple years down the line.

Well said, Jamesj75. They seem to forget the cardinal rule of teenage problems: they’re only interesting to the persons involved. The rest of us either groan or hit Fast Forward! Hang in there, my friend. The show has to get better…right?

Thank you, Soaphound! We can only hope for better Y&R, GH, B&B, Days ahead…

James, speaking of teenage angst, the name of Faith’s crush (and the boy who was impersonated by that awful mean-girl Jordan) is Tommy Ross. I have the tendency to remember useless details from popular culture, and so I immediately recalled that the boy who took Carrie White to the prom was named Tommy Ross. So for a minute there, I thought the writers were going in that direction. You know, have Faith use telekinesis to get even with all her bullies, including, but not limited to; Jordan, John Travolta, the girl wearing braids and a baseball cap and the smirking… Read more »

Funny stuff, Harry! And I also have a habit of remembering some “useless details from popular culture.” My affection for nostalgia is palpable. Cheers!

I’m okay with it. He’s about the same age as Faith and that poor girl could use a real friend and love interest. I’m looking forward to it!

Thats great some other lame azz character I dont care about and can FF through!

You know, Timmm, I’m not normally prescient about soap plots, but I saw this one coming weeks ago, didn’t you? When Devon started mentioning Moses, you could practically see a Central Casting Alert flash on the screen. Ugh! And is Moses meant for Faith? Isn’t she a little young, and immature, for dating?

Soaphound, it never fails, when they start talking about a character you havent seen for awhile, they magically appear! How about someone we care about! And yes, I’m sure Moses will be attached to the Faith storyline. [Excuse me while I puke!]

Exactly, Timmm! And I got a big kick out of your statement: “Excuse me while I puke!” 🙂

Josh Griffith’s writing has no cohesion and or makes no sense. No vision. Not character-driven. Just a bunch of strung -together, boring-as -all get-out conversations. Aged-Moses could be a good story in a capable head writer’s hands. More story potential for Griffith to ruin. When is he getting his pink slip?