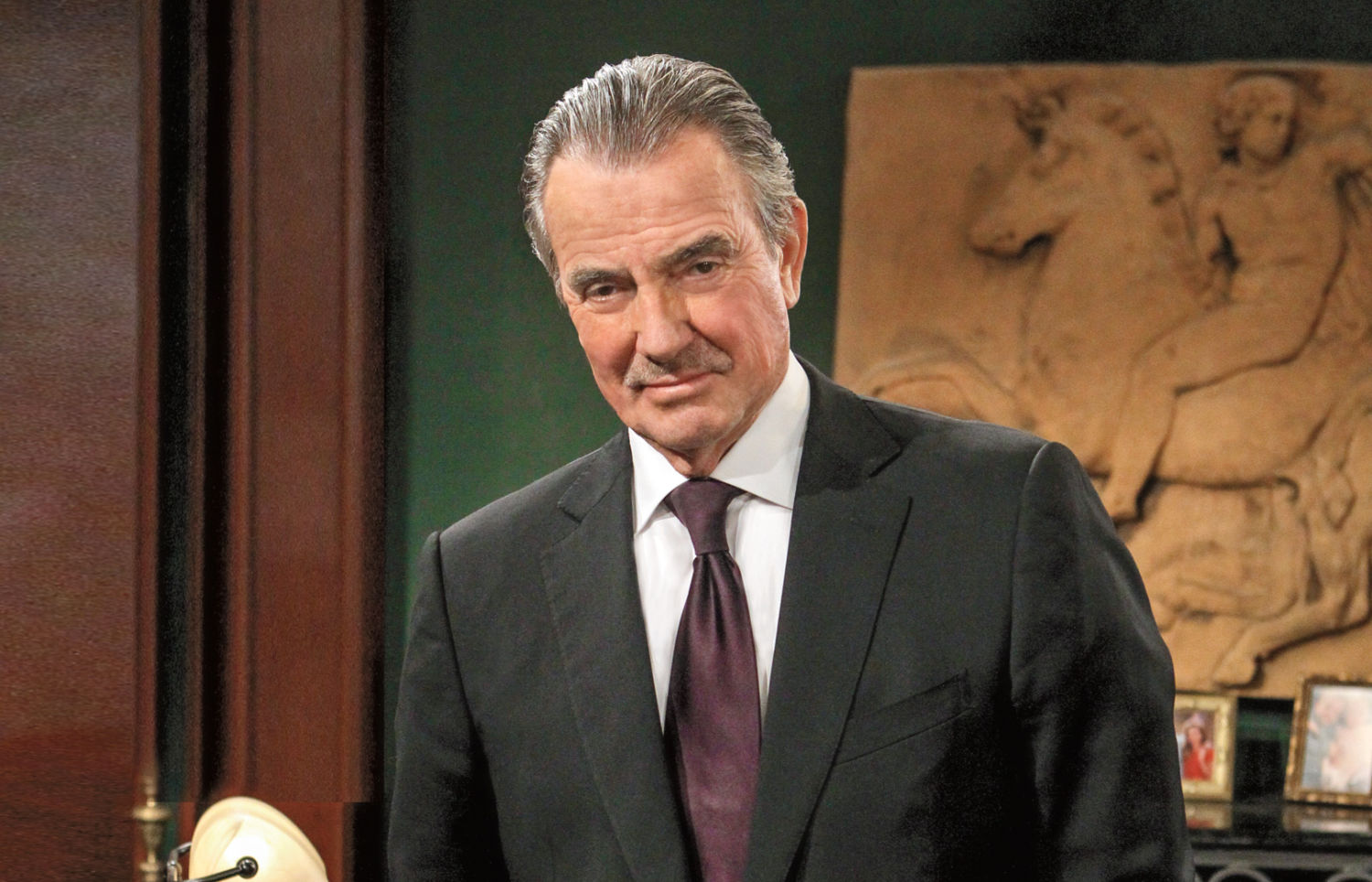 Don’t confuse real-life with soap characters! How many times have the fans been told that over the years.  Here is another prime example from the one and only Eric Braeden (Victor Newman) of The Young and the Restless!

Last week, Braeden was receiving tweets and comments about his health ‘condition’ because of how he was perceived to be moving slowly, and such, on-air during his scenes.  But as anyone who watches Y&R knows, Victor fell down a flight of stairs earlier this year after a huge brawl with J.T. (Thad Luckinbill).  That led the moustache to land in a coma.  Now several months later, Victor is still feeling the after effects of the coma and the injuries sustained in the fall.

To stop the spread of more speculation and rumors on his health, the Daytime Emmy-winning icon took to Twitter and addressed the situation head on, clarifying: “I have heard some comments about my ‘condition’. I’m an actor and when I’m in a storyline involving a fist fight and a tumble down the stairs and a subsequent coma, I’m going to play the consequences of that to the best of my ability. But I, Eric Braeden, am full of p**s and vinegar!”

So case solved! Eric is doing great, while Victor is recovering, but it remains to be seen what will happen to Victor for taking Christian away from his son, Nick (Joshua Morrow).

Roseanne Barr In Tears In First Interview Since “Roseanne” Was Cancelled: “I Horribly Regret It … I’ve Lost Everything”

Of course, Eric was/is acting the condition. And anyone that can not see that needs mental health care. It’s hard for me to acknowledge that some soap fans do not and can not separate soap fantasy from actual life, but some do struggle with that. I have read comments/posts throughout All the many boards that some soap fans are way too involved and bring soaps into their real lives, not kidding. They become depressed over this and that and anger- whoa some become overly angry over the fiction taking it personally as if they are actually involved in it.. So-… Read more »

I am kind of depressed now, su……have you heard? Eileen Davidson is calling it quits!!!!!!! Soooo sad.

I told my friend that Eric is truly playing his role.

After the altercation Victor had with JT – it would take some time for him to fully recover.
He did have a stroke too which impaired his speech and cognitive abilities.
The fact that Victor is still demonstrating some impairment, is a credit to Mr. Braeden’s acting abilities,Bravo !

Absolutely…..I admire Eric so much!! Best actor on soaps, as far as I’m concerned.
Who is this adversary? JT? Ian Ward? Jack is too preoccupied; obsessed with his progenitor, whomever that turns out to be.

I, for one, is glad that Eric Braeden is full of p**s and vinegar!

Good for him! He is committed to the reality of the situation, which is not always the case. A few years back on Days Of Our Lives Jennifer Horton had her heart removed and later replaced and was back baking cookies the next week!

Maybe folks are confused because so many stories have loose ends that aren’t handled so conscientiously. Once a plot is concluded, details are often sidelined in the interests of moving on. So I commend Mr. Braeden for his dedication to authenticity. Of course, the entire confusion could be cleared up with a simple remark like, “Victor’s coma may have some aftereffects that will take time to heal.” But we wouldn’t expect Miss Nikki to utter these words. She’s too busy trying to get into Arturo’s–um–business.

I have never seen an actor play sick for so long. Nikki has MS, yet hardly ever shows any symptoms. Ashley had a tumor remover from her brain and was at work two days later. The fans are just not used to this soap playing an illness like Real life. I am very happy he is doing great.

I know the actor keeps himself in great shape but it is rare that an actor plays out his or her injuries for a long period of time. Remember Victor had a heart transplant and he has had no ill effects, takes no meds and drinks like a fish!

Adore his performances… Good, Bad, & Ugly of Victor. Eric B. is Marvelous.

Fans are “confused” either way. When Tyler Christopher’s “Stefan O” on Days was beaten to an inch of his life, some fans want to know why he still has cuts and bruises on his face a week later. Beaten within an inch of his life!!! Face pummeled, eyes/mouth swollen, face purple, but they’re shocked that his face isn’t completely healed. They’d sooner believe someone came back from the dead.

I agree that Stefan is playing his role as he should.

I JUST THOUGHT HE WAS USING HIS ILLNESS TO GET HIM BACK INTO HIS FAMILY WANTING THEM TO FEEL SORRY FOR HIM,,HE PLAYS SUCH A EVIL MAN, WE NEVER KNOW WHAT HE IS UP TO NEXT,,