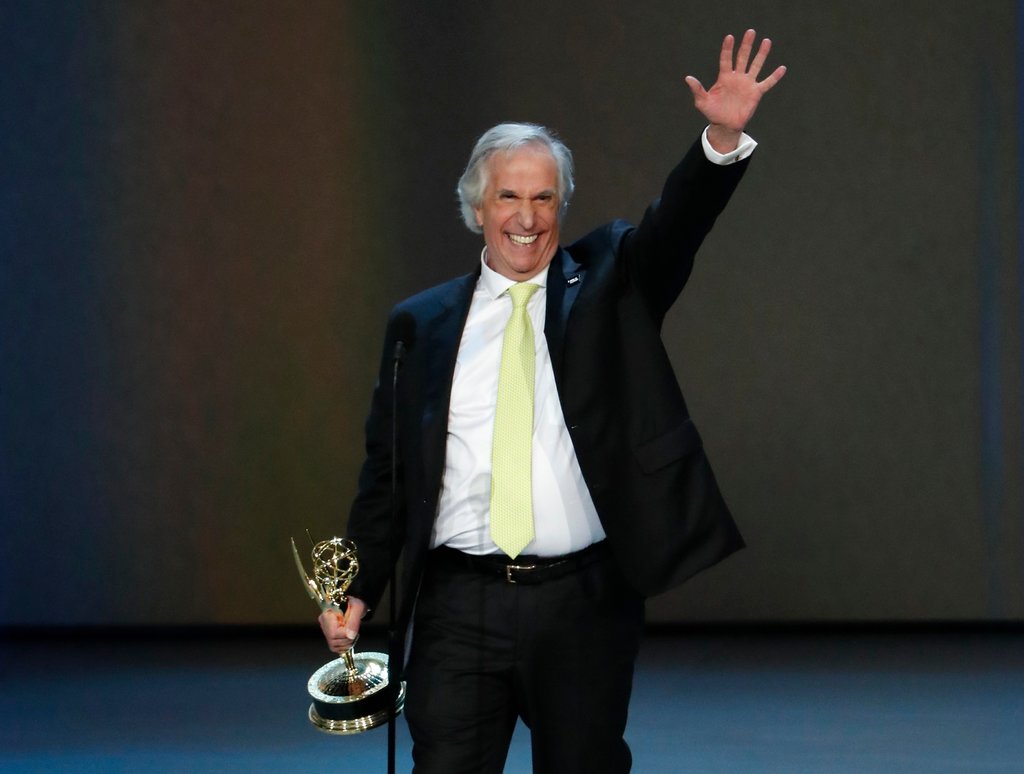 Last night in Los Angeles, the 70th Primetime Emmys were handed out.  The event featured several surprise winners, but without little drama throughout its 3-hour telecast that was hosted by Saturday Night Live’s Colin Jost and Michael Che.

The awards kicked-off though finally honoring Henry Winkler, winning his first ever Primetime Emmy for his performance as Supporting Actor in a Comedy Series for HBO’s Barry.

Winkler had previously won two Daytime Emmys.  First in 1995 for the Outstanding Children’s Special, CBS Schoolbreak special, All The Kids Do It, and in 2005 winning as Outstanding Performer in an Animated Program for Clifford’s Puppy Days.

As the audience gave him a standing ovation Winkler added: “I wrote this 43 years ago.  Skip Brittenham (entertainment lawyer) said to me a long time ago: ‘If you stay at the table long enough, the chips come to you.’ And tonight, I got to clear the table.” 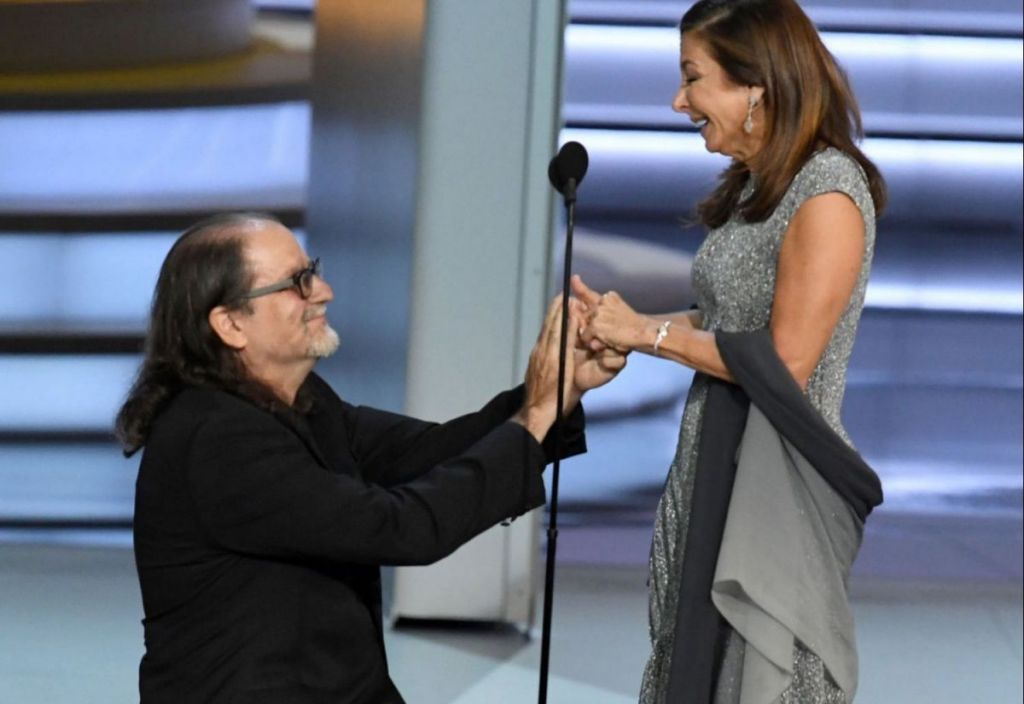 In another memorable moment, Glenn Weiss, who won for Outstanding Direction of a Special for “The Oscars” took his turn at the podium by honoring his late mother (she died two weeks ago) by proposing to his longtime girlfriend Jan Svendsen, on live television.

READ MORE
Remembering ATWT On Its Anniversary: Who Was Your Favorite Oakdale Duo?

As Jan sat in the audience, Weiss began during his acceptance speech: “Jan, you are the sunshine in my life. And mom was right, don’t ever let go of your sunshine. You wonder why I don’t like to call you my girlfriend? Because I want to call you my wife.”  With that, walking to the stage with the roar of the crowd behind her was Svendsen as Weiss continued and pulled out a ring! “This is the ring that my dad put on my mom’s finger 67 years ago. And to my sisters and brothers, I didn’t swipe it. Dad knows I have it, O.K.?”   Jan said, “yes”, and the Emmy audience was thrilled.

As to the night’s big winners; check out the winner’s list below to see how your favorite nominated actors and programs fared!

Then let us know in the comment section below, who you were glad took home the gold and who you thought was robbed? As well, what did you think of the telecast? Thumbs down or thumbs up?

Julie Chen Says Goodbye To THE TALK Via Video Message

Julie Chen To Step Down From ‘The Talk’

Like many, the first award was the best! Fonzie FINALLY got an Emmy! Henry seems like such a nice guy and he is great in “Barry.” Its weird to hear the Fonz say the F word! The rest of the show, the hosts and all the cheap, UN-funny shots, flush the toilet!

I liked the format; it’s the first time in years I wasn’t screaming from boredom. Some new winners was also refreshing (if I see Julia Louis-Dreyfus on an Emmy stage ever again, it won’t be pretty). I’d have preferred Alexis Bledel over foul-mouthed Thandie Newton, but Darren Criss, Regina King, and Claire Foy winning made my night. Some dreadful gowns (what were Tina Fey and Taraji thinking?) but overall, I enjoyed it. And I finally see why Scarlett Johansson likes Colin Jost so much…he’s really funny.

Just a quick nod of agreement to you on Julia Louis-Dreyfus. I’m sure she’s a lovely person and a great actress, but I like to see a variety of different people winning awards. The Emmy voters, in particular, are notorious for doling out repeat wins ad nauseam to the point of monotony. And I’m glad you like Colin Jost, too…

That was one of the worst Emmy broadcasts I’ve ever seen.

Well, the co-hosts are terrible on SNL and I figured they would ruin the Emmys as well!

Now for a moment of frustration: is it possible that, one day, broadcast networks will regain their mantle as the leaders in award wins and nominations? I believe there is still great work being done on broadcast networks, yet pay channels and internet services have taken over the award landscape.

Oh, I agree, jamesj75. There seems to be a kind of snobbish attitude regarding cable vs. networks. Granted, networks have doled out dumbed-down shows for decades. But I have to say, other than British dramas, a lot of cable is dull, overly violent, and not memorable. To me, the average episode of SVU or THE GOOD WIFE is as good or better than most of what I’ve seen on cable. Granted, there are many worthy cable productions (love THE GUERNSEY LITERARY AND POTATO PIE PEEL SOCIETY) but I dislike the imbalance, too.

Thanks for your reply, Soaphound! Yes, you identified the situation with the term “snobbish.” I think that’s largely what it is.

And I am beyond thrilled that you mentioned Law & Order: SVU!!! I was actually going to mention it in my original post. It routinely offers up outstanding drama, scripts, acting. Watch what Mariska Hargitay does week in and week out. Her work is just as good, if not better, than that of any recent Emmy winner or nominee. She won the Emmy for Outstanding Lead Actress in a Drama Series over 10 years ago, and she has received other accolades for her role (e.g., Golden Globes). But in recent years, the Emmy voters seemingly have forgotten (or overlooked) her incredible performances. Every year, there is at least 1 or 2 episodes where the viewer senses her shoe-in status for Emmy gold. Well, I do anyway… Best to you.