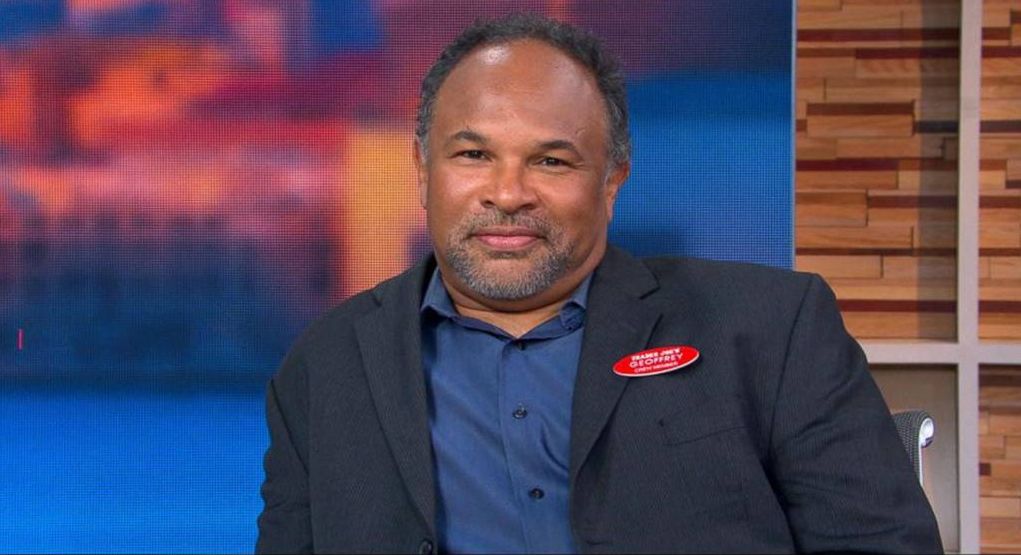 So much has happened to former ‘Cosby Show’ star Geoffrey Owens since last week’s published photos of him bagging groceries as a cashier at a Trader Joe’s in New Jersey.

After the attempt at job-shaming Owens, so many in the soap opera and show business communities came to his defense and were appalled by the actions of the Daily Mall and Fox News for making a mockery out of a man working an honest living.  The story and the photos became a lighting-rod issue for those on social media.

On Tuesday, Owens spoke out in his first public interview on Good Morning America since all the attention came down upon him as told to anchor, Robin Roberts.  Geoffrey had appeared on the The Cosby Show from 1985-1992 in the role of Elvin Tibideaux. During his interview, he wore his Trader Joe pin on his jacket.

Owens revealed he was working at the grocery store for 15 months. When he first took the job it was partly based on wanting to have “flexibility” in his schedule, so he could still pursue his first love of staying in show biz.  Since all of this happened, he has now quit his job there.

He admitted he was at first “devastated” when the photos made their way onto social media, but things quickly changed when the response to the story surfaced and they were all so positive that Owen shared was “amazing.” 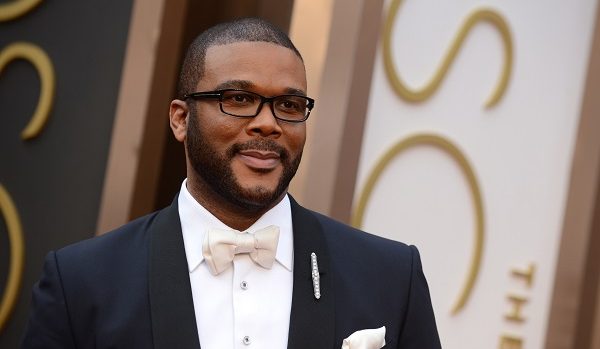 Enter Tyler Perry!  The actor/writer/producer sent out a tweet to Owens that said “#GeoffreyOwens I’m about to start shootings OWN’s number one drama next week! Come join us!!! I have so much respect for people who hustle between gigs. The measure of a true artist.”   The show Tyler is speaking of is the soap drama, The Haves and the Have Nots!

Geoffrey also told GMA this morning “I wouldn’t mind getting auditions … but I wouldn’t feel comfortable with someone giving me a job because this happened. I want to get a job because I’m the right person for that job.”  Watch the interview below.

So, what do you think of how Owens was job-shamed?  Haven’t we all been there in a our lives doing what we can to make ends meet?  Were you impressed by how those in Hollywood rallied around him?  Share your thoughts via the comment section below.

FULL INTERVIEW: @GMA EXCLUSIVE — “There’s no job better than another…every job is worthwhile…” Actor Geoffrey Owens speaks out, responding to job shaming and backlash after a photo of him working at a grocery store was posted online: https://t.co/0wZJnpowI9 pic.twitter.com/aNiG5fV2yf

Colton Underwood Revealed As The Next ‘Bachelor’ For Season 23

I don’t know about the Cosby show- only what has been seen over Bill Cosby, so never seen/head of this Geoffrey guy.
but!!
I believe it was cruel of the person to post her find on the internet/social media .
I do not do Facebook, its a place that can destroy a person in Many different ways- personally or career.

I do not have a twitter account, I have read twitter, tweets posted and its mostly hate/anger or crazy talk.
I don’t do social media, but have read them.

And what happened to this guy, humiliating him etc proves my point.

I totally agree with you su000. There is much too much hate and anger in the world and we don’t need more platforms for spreading them around.

I don’t know Geoffrey Owens from Adam; but, I applaud him for being responsible enough to find work and take care of himself. I wish him the very best in the future. Also, bravo to Tyler Perry for extending a helping hand.

I completely respect anyone who hustles! Good for Geoffrey! I have total respect!

Although,most of us do not know Owens, we should all be proud of him. He is successful in his own right just by working at any honest job.
Better than using the “welfare” path, isn’t it? He is feeding his family and paying his bills and taxes…..as any American should!! You go Geoffrey!! Stand proud!!
There is no shame in working—-even one that is regarded menial by this shallow, vacuous excuse for a human being. He/she is the one who should be whipped and stoned. For shame!!