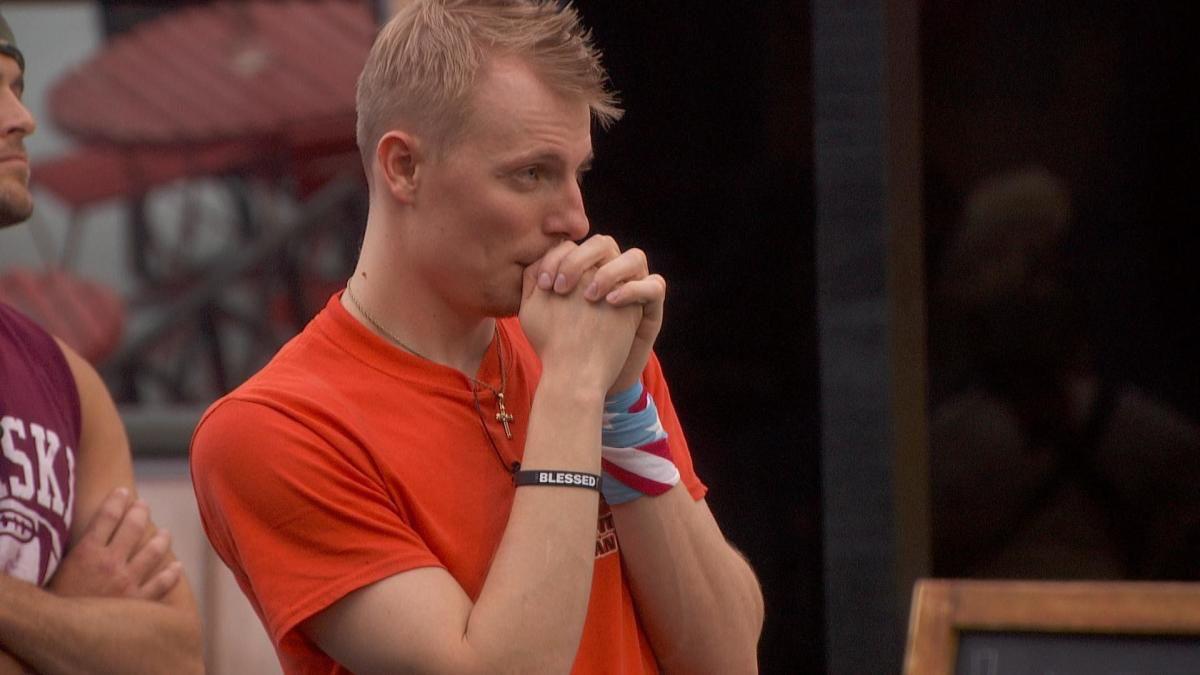 Scottie sets the tone by drawing the lines as we head into week three of Big Brother 20!

As Sunday’s episode kicked off, no one was really surprised to see Swaggy C become the second evicted houseguest. The real surprise came when the votes were read, and he only had four votes instead of five. Someone on his side switched for a second time in two weeks, and the alliance was trying to figure out the source. This time it was Scottie, who happened to be wearing a “Swaggy C” shirt to show support, that voted against him. He reassured viewers in his diary room session that he’s with Swaggy C’s original side FOUTTE, but voted him out to draw doubt amongst the alliance hoping to move him up in the alliance’s totem pole. It kind of worked as Faysal questioned Haleigh’s loyalty, but Rockstar was onto Scottie after Haleigh herself swore she didn’t flip. Both realize it had to have been Scottie, and went on to call it as an “evil genius” game move. Scottie continued to deny he switched, which left the house in confusion.

Luckily things worked out for Scottie as he won last week’s HOH competition. He’s been playing it safe these past two weeks, but with all this power and a last-minute vote switch (that have the houseguests talking), we have a feeling his role in the game may change.

It was then an opportunity for players to get a special power as the BB App Store opened one last time.  Bayleigh, who just lost her closest ally, became this week’s “top trending” houseguest! She selected an app titled, “Identity Theft”, which allows her to select two nominees of her choice under someone else’s HOH. That person must act like they made the noms even though it was Bayleigh. Unfortunately, Haleigh was the “least trending” and is forced to read all of Shakespeare’s’ Hamlet whenever the BB intercom shouts “READ!”

As the show continues back to focus on Scottie’s nominations, Bayleigh took the time to figure out where his head was at.  With this new power just received, she wanted to make sure if she’d need to use it, or not.  Scottie told her that he wanted to go after Winston and Brett, because they had lied to him in week one about voting out his final two ally, Steve. Scottie spoke with each houseguest about how they voted in week one with all of them saying they voted for Steve to stay … even though a majority had voted them out.  Still unsure of how the votes played out, it wasn’t until he spoke to Sam that he found out Winston, and most likely his “bro” Brett, voted out Steve.  Sam confessed to Winston that she had mentioned he voted Steve out causing Winston’s game to shake.

With the nominations coming up… Sam spoke with Tyler and Kaycee of “Level 6” (a secret alliance of six), about the possibility of using her power this week because if not used, it will apply to next week no matter the circumstance. “The power” would give the opportunity for an evicted houseguest to return to the game. Sam ponders the idea that it may be good to keep it for next week, in case her, or her allies, were put up on the block.

It was finally time for the nominations, and by no surprise based on how the episode played out, Scottie made a bold move by nominating both Brett and Winston. (filed by Jake Updegraff- Big Brother Correspondent)

In what seems to be like Level 6’s first hit, we want to know who’s side you are on. Team Level 6 or Team FOUTTE? Let us know in the comments below, and don’t forget to tune-in Wednesday night at 8/7c on CBS to see who will win the Power of Veto!

DAYS OF OUR LIVES: Gabi’s Revenge Plot Begins To Unfold; Watch Out Abigail and Stefan!

THE BACHELORETTE: Becca Receives Bombshell From Tia; At ‘Hometowns’ Parents Warn Her Not To Break Hearts … But She Does!

I’m so happy Bay got the power! Nice recap!!!