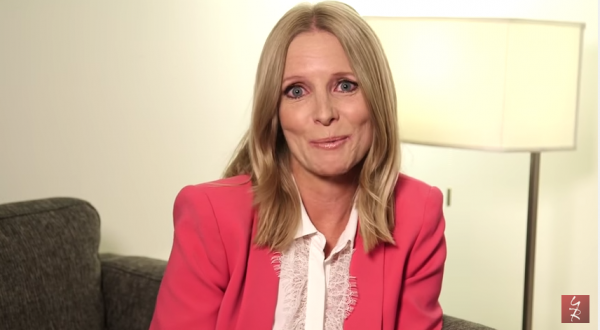 Celebrating their 11, 000 episode milestone this week on the September 1st airshow, The Young and the Restless and CBS Daytime released on Tuesday a special video featuring Christian LeBlanc (Michael) as he chats with many of the mainstays in Genoa City regarding the latest accomplishment for the top-rated series.

LeBlanc gets a myriad of thoughts from several Y&R castmates on their favorite moments and scenes, remembrances, what makes the show as well as it has, and what being part of TV history means to them, and most of all some “shout outs” to the fans for their enduring support.

However, it was Lauralee Bell who spoke of her father, the late, great Bill Bell (Y&R co-creator) that touched us the most.  Lauralee related to the camera: “On behalf of my parents, this was their dream true come true, and it’s still going on.  I know my dad is around here somewhere, and my mom is here today.  So, thank you.”

Watch the Y&R 11k cast video after the jump.  Then, let us know what you thought of it in the comment below!  And share your congrats for their 11,000th episode!

Top Ten Final Episodes Of Beloved Canceled Soap Operas! Which Do You Think Was Tops?

Men's Fitness Selects Justin Hartley As One Of 'The 12 Fittest Guys Of (New) Fall TV'!

Beyond unfair. Am in Canada to read with the video above: This video is not available in your country. Gee, it’s not as if this is going to be ‘stolen’ by fans in Canada or anything. What’s with this? Considering many fans are in Canada, this is close to insulting as many of us would like to watch this video.

So freaking irritating that do many Canadians love and are loyal to y&r yet we can’t see videos posted by cbs.

So fabulous to watch! Congrats to #YR on #11KEpisodes! Well deserved!

What a wonderful video! Everyone seems to enjoy their craft. Steve Burton will NEVER go back to GH because 1, he is happy at Y&R and 2, THAT show is unstable! He knows staying at Y&R will give him and opportunity to set up a hell of a retirement package!

Fun video but all the flashbacks this last two weeks of the actors favorite storylines etc just made me sad because it was so good then an they are struggling for me I mean this exit storyline for Adam is awful. I guess after this week I go back to catching it now and then. Pratt has written the baby story into a corner what was the point just so the audience could hate Sharon more?