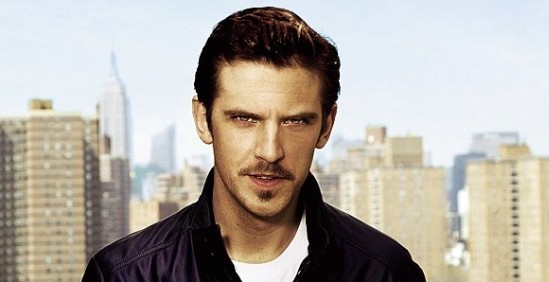 Everyone is still in an uproar, apparently, that very popular British actor Dan Stevens left his leading role as Matthew Crawley at the end of season three of Downton Abbey, when Matthew was killed in a car crash, leaving Lady Mary (Michelle Dockery) a widow with their newborn child!

However, due to Stevens desire to spread his wings and move to New York City to pursue his acting career, season four has been written revolving around how Lady Mary picks up her life after Matthew’s death!

For the first time, Stevens spoke out publicly about the duress he has caused Downton Abbey fans, when he appeared yesterday on NBC’s Today Show to promote his new film, Summer In February!  Stevens admitted, “I spend a lot of my time apologizing (for leaving Downton Abbey).  He elaborated that he has interactions on the street with people, (It happens) almost every day.”

On his decision to exit the popular British soap opera: “It was a tough decision. But like a lot of tough decisions, they’re kind of exciting to make at the same time.  But I’m thrilled to be here and it’s been quite a year since we left.”  Stevens did admit he watched the season four premiere of Downton Abbey and saw his old friends and it was quite emotional for him!

Watch the car crash that killed Matthew on “Downton” and then the interview with Dan Stevens on the Today Show! Then, let us know do you miss Dan on “Downton”?

I have mixed feelings regarding his departure. My “common sense” side says “of course! it’s his right to leave…acting is a job…his career…and he has every right to pursue other work.” and, it’s no one’s business but his own…literally and figuratively. On the other hand, my “viewer” side says, “hey! you made me care about Matthew…I’ve invested time and emotion into the Matthew/Mary relationship….so it’s a bit selfish to just bail out in the middle of the story because you “feel like it.” Really, what’s the point of the fan/audience getting all caught up in a storyline if the actor… Read more »

Totally agree with you, rebecca1! I’m still loving the “Abbey,” but there is truly something special missing without the Matthew/Mary coupling. The fact it took so long for them to get together and find happiness, only to have it cut too tragically short really knocked the wind out of the series. I’m certainly not liking the latest suitor for Mary (Lord Gillingham) but am reserving judgment on the Julian Ovenden character since I so enjoyed him on “Foyle’s War.” However, I honestly don’t think anyone can truly replace Matthew in either Mary or the viewers’ hearts….he was just such a… Read more »

Who is Dan Stevens?

Although I’m only talking to myself and Michael it seems…I’ll go with it! LOL. I’m thinking Dan reminds me of Hugh Grant…whom I really like! Just a thought. Hahahah…thought I’d add a few comments to this sadly lacking Downton discussion. I guess daytime soapers aren’t as into thei nighttime ones? If anyone’s reading this…the show is beyond excellent. Check it out!

No, I hear you, too, Rebecca! Just been too busy to comment before now, It’s true that there is far too little commentary on the nighttime and foreign programs, and it’s a real shame since they have quality written all over them. Nothing against daytime, but this is where the real enjoyment lies…(.I only watch GH out of a sense of nostalgia for its glory days of the ’80’s and primarily the returning cast members….) Oh, and for the record, I believe that one day it will be considered common wisdom that Dan Stevens made a big mistake leaving the… Read more »

Hi Shay! Seems we’re always running into each other at these different parties! 😉 I watched Dan Stevens being interviewed and I was a bit put off by his cavalier attitude. (And I find I want to post/comment against myself right now for saying that! 🙂 ) It’s just that he was joking about how often he gets stopped in the streets of New York by irate viewers who blame him for leaving the show…and while he understands it…and feels a bit nostalgic when he tunes in to watch his friends…he’ls loving New York, found work and has had a… Read more »

oh man…couple o’ more things. First off…I’m completely out of iit! Hahahah…I just reread my comments about how I saw Stevens interviewed…and then scrolled up to realize the interview was here! LOL…I need sleep. and yes, there doesn’t seem to be the same following for the nighttime or more sophisticated soaps…at least not from a large part of the daytime soap world. And on the flip side of the coin there are probably a lot of viewers of Downton and other Brit or shall I say more “complex” shows that wouldn’t step foot into daytime. I think you and I… Read more »

In other words, we have eclectic tastes! (Kinda like enjoying both Boccelli and ’80’s Britpop….) We are considered what is technically referred to as “boundary spanners!’ But yeah….I am not a diehard daytime fan….I keep up with GH for nostalgia’s sake, but I couldn’t spend all my hours doing the daytime thing, even though there was a point years ago when I pretty much kept up with all the soaps at one time or another…save for “Guiding Light,” don’t ask me why, as I couldn’t tell you….but I do prefer the more engaging and complex nature of primetime/British dramas. They… Read more »