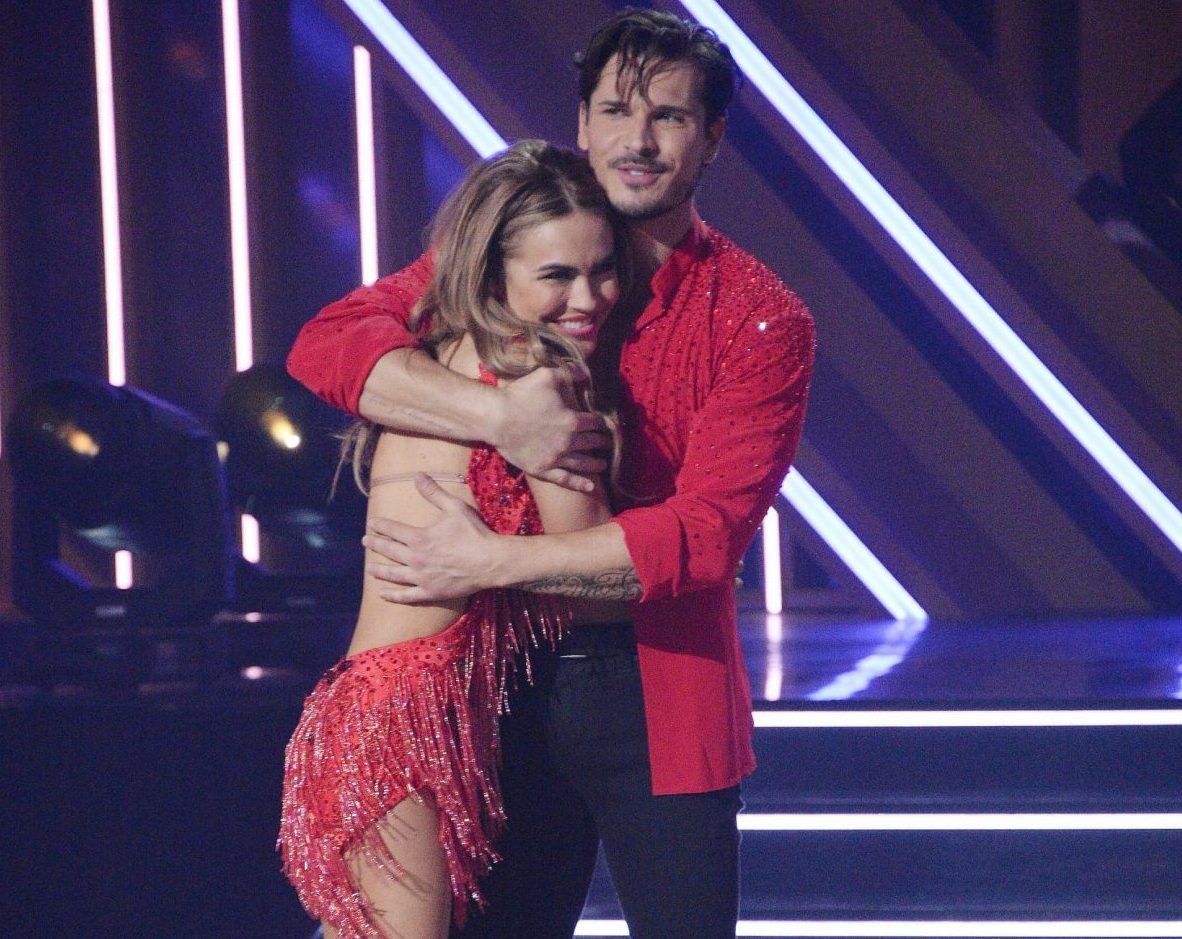 Monday night’s edition of ABC’s Dancing with the Stars brought with it the unfortunate end of the road for Selling Sunset and former soap star, Chrishell Stause.

At the end of the episode and during the results portion, Stause and her pro dance partner, Gleb Savchenko were eliminated by the judges when they landed in the bottom two.

With Chrishell out of the running for the Mirror Ball Trophy that means that all former soap stars are out of the competition. First, Anne Heche (Ex-AW) was sent home, later Jesse Metcalfe (Ex-Passions, Desperate Housewives and Dallas) and now Srause (Ex-AMC, DAYS and Y&R).

Here’s what went down during the last two dances Chrishell would perform in the competition, in a night that saw a relay with other couples, plus her own routine with her partner:

Dancing to “Love on the Brain” by Rihanna and performing the Viennese Waltz, the judges felt that Chrishell was becoming a more consistent dancer and was improving.  They thought the performance was both ‘elegant and sexy’.  Judge Bruno gave Stause feedback to try to “sustain” her performances.  They scored 24 out of 30. 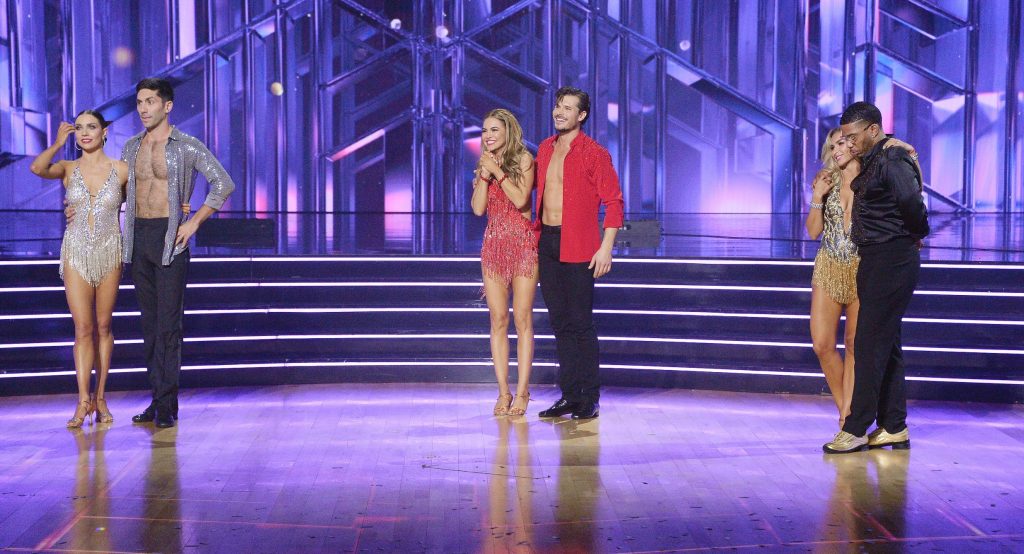 Later, Chrishell and Gleb performed in the Cha Cha relay to Lady Gaga’s “Rain On Me”.   Stause was up against other celebs in the relay, Nev Shulman and Nelly. Carrie Ann judged the relay.  Out of a possible 3 additional points awarded to the couples, Chrishell and Gleb received 2.   After combining the scores and fans’ votes Skai Jackson and Chrishell Stause landed in the bottom two with sadly, Stause being sent home.

After her elimination, Chrishell spoke to ET and shared how with all she had gone through and shared publicly about her personal life, that it was still such a rewarding experience being part of the cast of DWTS: “I feel like this show has been very therapeutic. We worked through so many things through this. I’ve had to talk about things that I didn’t necessarily want to talk about, and I’ve had to push myself.  In doing that, it’s just freed me up a little bit.”  She added: “I know it should be a sad moment right now, because, of course, I didn’t want to leave, but I’m so happy that I’ve had this experience and I’m so grateful. It’s a once in a lifetime experience and I’ll never forget it.”

Should Chrishell have been eliminated at this juncture in the competition? Watch her final two performances below, then share your thoughts via the comment section.

Jeannie Mai Hospitalized; Forced to Exit ‘Dancing with the Stars’

I’m so sad to see her gone. I really enjoyed her performances.

“it is’ a once in a lifetime experience” “I’d learn to dance” i’ve always said freestyle I dance… line dancing, specialized … variation w/match.. OK I could never do it.. tried line dancing the closeness the intimacy FROSTED

if you’ve got the gumption to use it… dance for that love.. cheeky keen IN
all you got to know

i want her to love

her speed with LOVE intertwines with this;?

she survived more than I knew; 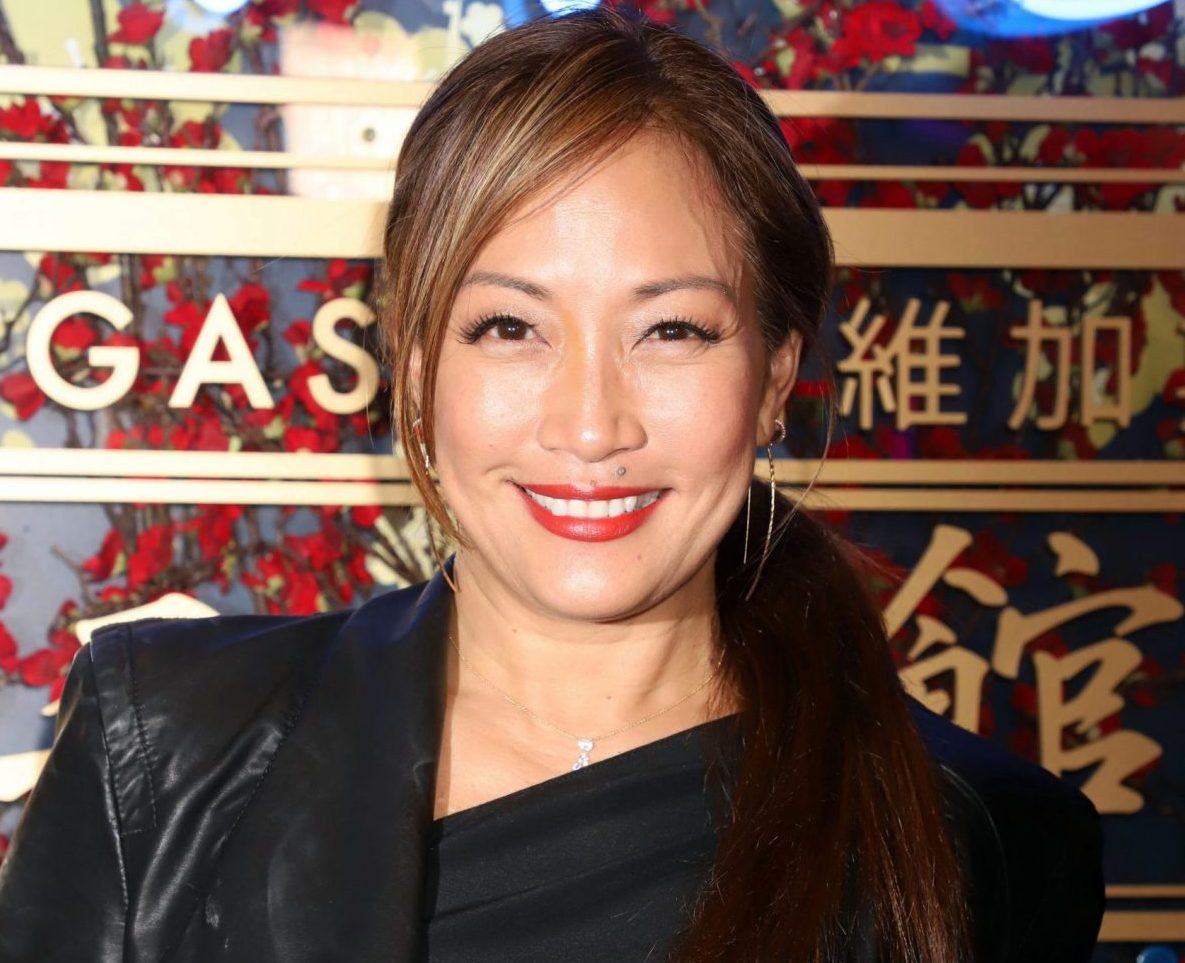