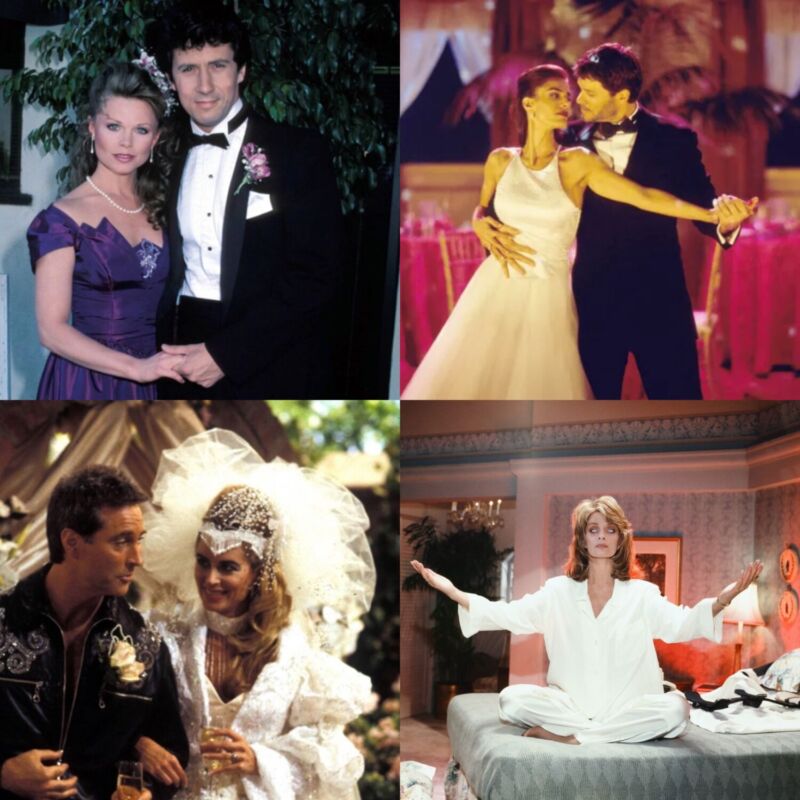 Like sands through the hourglass, the beloved Days of our Lives continues on, and today on November 8th, the series turns 57-years-old.

DAYS began its run on NBC back on November 8th, 1965, and up until September of 2022, aired on network television.  Now, in the streaming era, the citizens of Salem have found a new exclusive home on Peacock.

MacDonald Carey and Frances Reid will always be revered as the patriarch and matriarch of the show, Tom and Alice Horton, but throughout the years, many enduring fan favorite couples and performers have been part of the fabric of this iconic show. 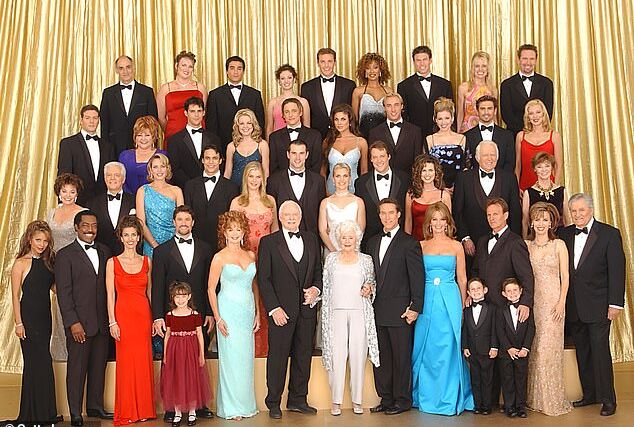 Originally created by Ted and Betty Corday, their son Ken Corday, has helmed the soap opera since the mid 80’s. 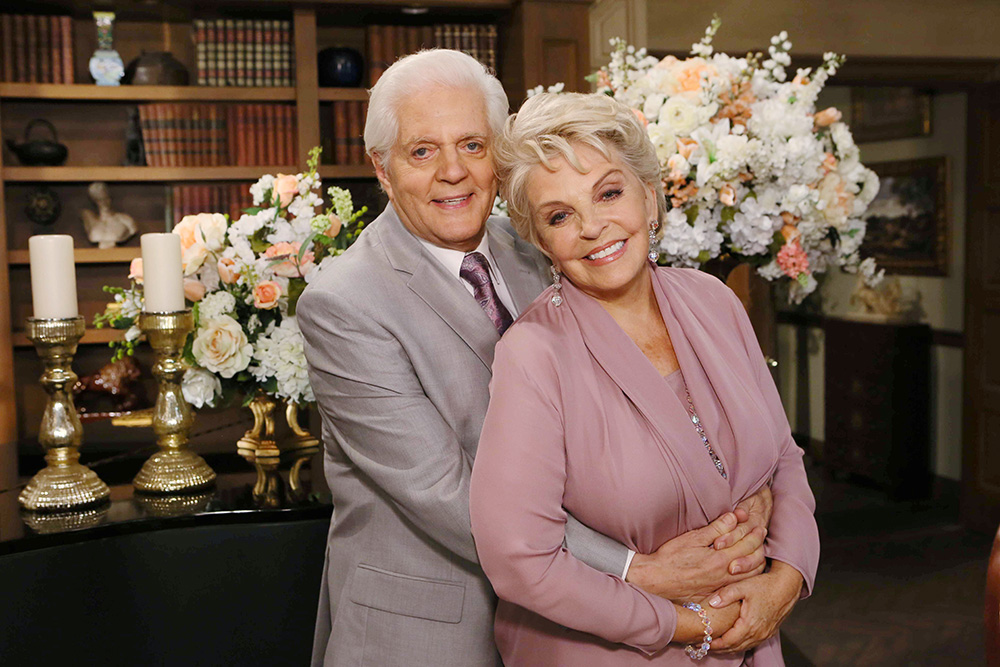 Tuesday’s 57th anniversary episode of DAYS, harkened back to one of its original storylines when Julie (originally played by Charla Doherty when the show premiered, and later from 1968 till today by Susan Seaforth Hayes) was arrested for shoplifting!

Now 57 years later, Julie is accused again while shopping with Doug (Bill Hayes)! Shawn Douglas (Brandon Beemer) arrives on the scene and it appears as if Julie took a fake mink stole.

After the incident gets straightened out, Julie says she can’t believe anyone would think she would steal. However, Doug reminds Julie when she was a teenager and how she took a real mink stole.  The episode contained flashbacks with Tom and Alice, and their son, Mickey (John Clarke).  Julie says the last time she was accused of shoplifting was 57 years ago today … a very clever nod to the big 5-7!

Share your congratulations and well-wishes to the cast, crew and creatives at Days of our Lives for turning 57 and still going strong, via the comment section.

Then let us know, who is your all-time favorite Salem duo? Doug and Julie? Bo and Hope? Patch and Kayla? John and Marlena? Shane and Kimberly? Sami and EJ? Will and Sonny? Maggie and Mickey? Make sure to weigh-in below.

It was a great episode, and the extended flashback scene (when has a soap had one of those?) with Tom, Alice and Mickey was chicken soup for the soul. Ron has a lot of detractors (which confounds me), but no one can deny that he pays attention to milestones and history. I love that Bill and Susan are still front and center so many years later.

The “Julie” who was arrested 57 years ago was played by Charla Doherty. Susan was a re-cast starting in 1968.

That was stated in the article.

Congratulations to days!!! Been watching for 30 some years off and on more on than off though! Especially the last ten years have watched everyday. I’m excited for February when we get new stuff via peacock hopefully not as much sex stuff though. Love days!!! ❤️

Hop in your Delorean. Safe travels.

Happy 57th Anniversary. Don’t know how long it will continue on based on some of the stuff I’ve seen lately and would like to forget. Tom and Alice would turn over in their graves.