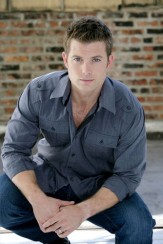 UPDATED from earlier today!  This evening On-Air On-Soaps heard directly from One Life to Live’s, Mark Lawson (Brody Lovett) who let us know that it was NOT the talented young actor who posted a comment on Advocate.com’s site about an item from Deep Soap’s, Sara Bibel, about an influx of what Bibel perceived as homophobic humorous lines over the last week of airshows,  but that of an imposter, posing as the actor.

The real Lawson stated to us and on his facebook page, “I just want everyone to know that was NOT me! I appreciate whoever it was for attempting to back up the show, but they blamed it on the writers and that was a cheap shot. We have an excellent writing team as you can see from the last two incredible weeks on the show.”

It all came to light because Deep Soap’s journalist, Sara Bibel of Fancast.com had written an opinion piece that she felt after One Life to Live had trail-blazed last year with so many gay-inclusive storylines, including the incredible Kish romance and the en masse same-sex wedding ceremony, that last week’s new episodes of the ABC soap featured a plethora of homophobic humorous lines in the script that came across to her as insensitive, as said by various member of the cast in different on-screen scenarios.

One of those lines in question featured Lawson. In it, a shirtless Brody opens the door to the cousin of his bride-to-be, Starr, having just spent the night with his friend John, who is also getting married. Upon opening the door, he says, “No, no, it’s not what you think. We’re getting married … to Jessica and Natalie, not to each other.”

The leading LGBT news and entertainment site, Advocate.com has  also ran an item on the piece.  And, as in all of their online posts, visitors to their site can leave  their comments.  One of the names that jumped out of the comments area was that of a Mark Lawson!  But now we have learned it clearly was a fake.  On-Air On-Soaps has been in touch with the editor-in-chief of Advocate.com and informed him to delete the comments from the faux Lawson, as it is a misrepresentation, and we have received confirmation late this evening that the imposter’s comments were taken down from the website.

Utterly Ridiculous!!!!! I’m gay and laughed at the scene in question. Isn’t it just like the media to try and get some nonsense started to justify their very own existence. My opinion is that the scene was perfectly performed and gave a light note to the situation at hand. Ms Bibel, get real and please stop with the homophobic garbage. There certainly is enough homophobia out there without you inflicting these types of false allegations.

Same here Toscanti, it didnt even dawn on me that it could be perceived as homophobic. Everyone needs to lighten up!!

Wow, I appreciate that Mark Lawson wanted to clarify – but his response is very one sided and I think it really misrepresented Sara’s piece.

Sara says in her post that the scenes were meant to be funny and were, in her own words “innocuous.” But I thought she had a valid point in questioning that so many mentions (this was more than just the Brody scene) in a short time was worth pondering.

I have not watched the scene in question (as I refuse to watch OLTL until they bring back Kish, have another LGBT s/l or Jean Passante is no longer writing for the show), however from the description of the scene, the remark does not feel even remotely homophobic. I wasn’t offended by the remark.

In these times of misunderstood statements and comments, people indeed should think twice about what they say and how they say it. However, I’m hoping that openly-gay OLTL head writer Ron Carlivati thought about the intended humor that was needed for the scene and proceeded appropriately with the scene that I thought worked out quite beautifully!

I have a gay son who I love and support 100%. I did not see anything wrong with the scene at all. The writers did an excellent job. I thought the scene was quite funny! In all, this is America, and these watchdog companies have their right to add their two cents worth just as I am doing, but they can not expect the good people of country to support micro censorship. If you are offended, do not watch it. This is why we are free to choose what we watch. I think Mark Lawson had a very wise idea… Read more »

There were a few other homophobic jokes in the scripts as well. I am a loyal fan that happens to be gay and I felt weird a few times at last weeks shows. There was a joke between John and Brody about wearing a dress, and I can’t remember the 3rd one cuz it was really bad. It wasn’t bad enough to get me angry, but I thought it was in poor taste. Oliver Fish should be at the bachelor party. He was friends with John. Just a year ago such insensitive jokes would not be taking place. I was… Read more »

If you want to hear a line from the show this week that is REALLY UPSETTING. Thursday the bartender in the biker bar said to John McBain: “I hope you have insurance because I hear “Obamacare” doesn’t cover plastic surgery!” INAPPROPRIATE first off! Secondly, real life political statements do NOT belong on this soap. I wrote the show a letter and if they don’t rectify this somehow, I am starting a campaign AGAINST Carlivati. Frankly, I have been watching for 30 years and was shocked by the line. IT IS NOT OBAMACARE! It is HEALTHCARE. It was disgusting and totally… Read more »