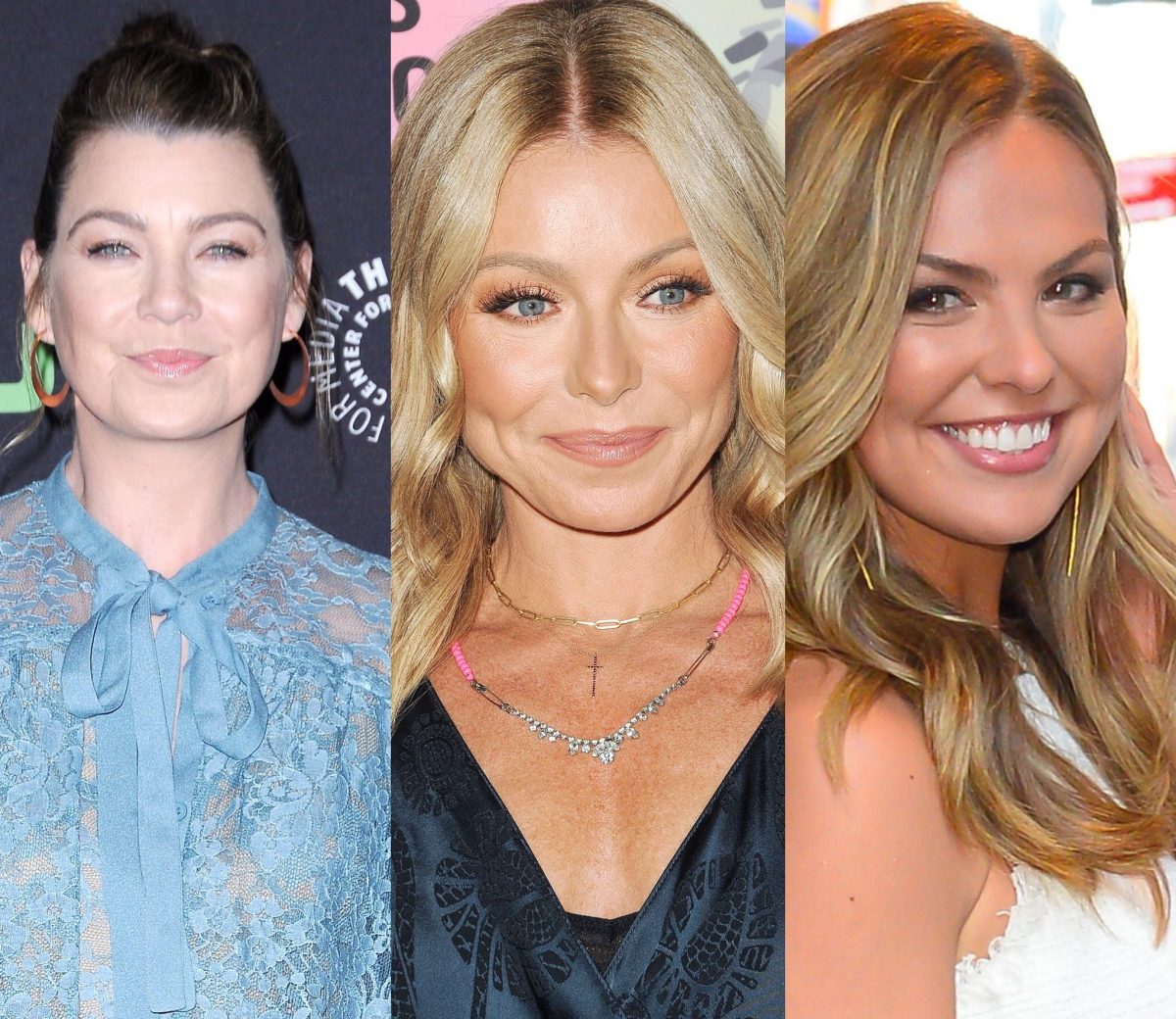 Things just got juicy from daytime to primetime after Kelly Ripa let her thoughts be known about the current ‘Bachelorette’ Hannah Brown and the ‘Bachelor’ franchise during her morning show with Ryan Seacrest this week,

During a moment on the syndicated Live with Kelly and Ryan on Tuesday, Seacrest informed Ripa that the new ‘Bachelorette’ would be appearing on Thursday’s episode to which Ripa said: “You know how I feel about this show? It disgusts me. And I thought that I was disgusted because I couldn’t stand the idea of 25 exceptional women fighting over one ordinary fella, in my opinion. You know how we feel ladies! We are too special to be arguing over a guy.”  She also called the audience out for watching this “gross, gross, show.”

Following her sentiments, The Bachelor creator Mike Fleiss took to his Twitter account as did host and EP, Chris Harrison.  Fleiss said, “Easy, Kelly Ripa.  The Bachelor franchise pays for your salary.”  While Harrison tweeted: “Look out #BachelorNation ⁦@KellyRipa⁩ is coming after you and your ‘disgusting’ Monday night habit.”

Next, none other than Grey’s Anatomy franchise star, Ellen Pompeo joined the fray.  She tweeted in defense of Ripa.  Pompeo wrote: “Okay @fleissmeister… that’s some handle bro! Your show does NOT pay @KellyRipa salary. Also we don’t attack successful women on our network and men certainly cannot take credit for their success. Don’t get me started on your show cuz I’m a savage…. #bachelorsoooowhite”

And in the end on Thursday’s installment of the entertainment talk show, Hannah Brown made her guest appearance and she weighed-in on the situation expressing that she didn’t follow the franchise at first, but being on the show has changed her mind. Ripa maintained her disgust for the series.

Brown went on to say to Ripa: “Like you, I didn’t really follow the show, wasn’t a big fan, but being part of the show, it’s not women fighting against each other.  Some of my best friends came from the show and were really supportive.”

THIS WEEK: Jacqueline MacInnes Wood Returns To The Bold and the Beautiful

Eva LaRue Joins The Cast of The Young and the Restless

Love Ellen sticking up for Kelly! Their right about that show. What happened to people being able to have their own opinion. Jelly and others (me included) don’t like the show so what stick to the fans you do have instead of being nasty to a nice lady who also happens to host a talk show on your own network. I am however more upset at Chris (the host) who seeing him on other shows seemed like a nice guy till this stunt. I think these 2 guys just royally screwed up

I totally agree with Kelly Ripa. And I feel the same way about “The Bachelor” as well.

I and my friends have always seen both the Bachelor’s show as being whoring oneself out, for whatever reason, dunno why they would do that . No woman with self-respect would want a man that is dating others to fall in love with him or him her. You would be putting yourself on a bidding block, so to say, to be picked. That is whoring out. like; I had a wonderful time with Jane last week on our trip we kissed and I liked it. and next week I’ll be with Mary. But- now it’s your turn to be with… Read more »

Are they REALLY this desperate to fabricate conflict and hopefully boost ratings??? How the mighty have fallen!

They all work for the same network…and they would NOT be allowed to attack each other like that without the full support of the network. Embarrassing. But…they are all deceivers…that’s what they do! Ripa’s show and the Bachelor are just as scripted as Grey’s Anatomy.

It’s just a tv show. Like Kelly’s. She’s not changing the world fir the better. She should go to the bank with her buckets of money and stay quiet

Couldn’t agree with you more DMRR. I feel the same about Rachel Ray too. Not that I watch either any more. We have to face it, ABC Daytime became discusting, with the cancellations of OLTL and AMC. I do agree with Kelly about the Bachelor franchise being crap, but I do believe it was whoopie and behar who started the stupid war of the sexes. If ABC allows their pundits to attack, the president, and start a biased but unrealistic story its kind of fun that its coming back to bite them, knowing the cancer is reaching stage 3 or… Read more »

Much ado about NOTHING!

the show is not for everyone obviously but Kelly is one of the most annoying talk show host out there, so people could make the argument about her, she tries to hard and fails she’s just not natural as a talk show host. how she ended up being successful doing it is beyond me, but what do I know? like I said different strokes for different folks, she doesn’t like the bachelor franchise, ok just don’t be so self righteous about it. I don’t like it either.

i think kelly rippa needs to shut her ugly mouth,,but of course thats my opinion..cant stand her loud mouth in your face bitch attitude,,why do you think co hosts keep living that shit show