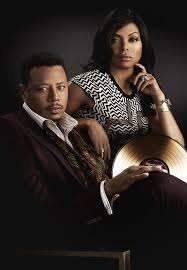 And after Wednesday’s night’s airing, which featured some blockbuster moments including: Cookie (Taraji B. Henson) and Lucious (Terrence Howard) having sex, and Anika (Grace Gealey) catching them! Lucious telling his family that he indeed has ALS, the scene with Andre (Trai Byers) in the shower post his dad revealing the severity of his illness, and  brothers Jamal  (Jussie Smollett) and Hakeem (Bryshere Gray) putting their differences aside in a musical showcase, the drama scored big with the TV audience  … yet again!

According to The Hollywood Reporter: “Empire passed the lofty 5.0 rating and averaging a 5.1 rating among adults 18-49. That’s up up three-tenths of a point from the previous high last week, and it could easily still go up even more in final returns this afternoon. Viewership was also up a solid million to 12.94 million viewers.”

In it’s seventh episode, nothing is hotter on the television landscape than Empire, proving that a good delicious soap opera with a twist can work, and be powerful with the viewing audience in this day and age of so many channel and show choices.

What did you think of last night’s Empire? What was your favorite moment from it?  Do you think Empire will set the tone for series to follow from other networks, and more primetime soaps will be created?  Or, do you think Empire is such a special show with that once-in-a-lifetime across the board appeal?  Share your thoughts below!

Drunk Brooke Steals The Show At Bill and Katie's Wedding On The Bold and the Beautiful!

There is still life in the genre – this show off the hook ! The writiing, the production and the cast esp Taraji P. Henson who basically steal the show as the tour de force Cookie !!! The watercooler show of the season !!!!

Just give Taraji the Emmy now.

Exactly…Don’t forget a few dozen roses to go along w/ the
golden statuette.

I had quite a few favorite moments. First, when Cookie reamed her two sons out doing rehearsal, second, when Lucious asked Cookie to give the speech because he knew she would do what was necessary. Loved to see how he still trusted her and her instinct while the others were not even concerned with his welfare. And Cookie KILLED on that stage and Lucious clapped afterwards and said those three little words. LOVED IT. My favorite scene was of course when Cookie and Lucious connected on the couch and afterwards, I’d been waiting for that. Taraji and Terrance have great… Read more »

It just might inspire others to follow but none may reach the popularity as Empire or Downtown Abby…to be a huge hit depends on a combination of many things…the writing, actors/characters ect., and most of all will viewers tune in…you can make a really great serial but it still depends mainly on the viewers to make it a hit…jmo

Just started watching it, and it is so good, the story lines are great, the acting is excellent. In fact the show was so good last night it seem to me at least that it had just started, and it had been on for a full hour, it is going to be my must watch on Wednesday nights!

Empire is unique in it’s storytelling, but the key is the diversity of it! There are many upon many stories to be told that has not been given the attention that is needed. Noone should try and “copy” Empire, but bring another unique story to light. People want to hear it!

Well done, Empire! I’ll have to catch up with this week’s episode on Friday.
I can’t wait! Cookie, Jamal, Lucious, Andre….all of them! I’ll post more when I watch the new episode.

Last night’s episode was another brilliant piece of Art. Every moment of the episode was my favorite. Empire might set the tone for series to follow from other networks, but they’ll never have what this show has, “the perfect cast”.

Had to laugh when Hakeem gave his gf that necklace with his name on it. So trashy.

If they keep the show on the track they have, it’s going to surpass this week-by-week. I just hope the summer break doesn’t kill the incredible momentum this series has.

I haven’t had an appointment show on the networks in a while. (Usually just AMC and HBO these days.) Love Jamal and boy can that man sing and move that cute little body of his!

Empire is a power play of actors..
The casting director should get huge praise for gathering the cast of Empire..
,,,, excellent casting ,,,,, !

Taraji was in talks with creator Lee Daniels and he suggested an
actor for the lead of Lucious, Taraji fired back by saying Terrence
would be perfect for the role,and if he was in so was she…
They’ve been friends a long time since Hustle and flow.

This show is absolutely fabulous!!!
Terrence and Taraji are MAGIC TOGETHER.
EMPIRE has been already been renewed for season two.

What amazes me is that there is something so endearing and fascinating about both of the leads, I really find myself already caring about these characters, similar to how I feel about the soap characters that I have watched for decades. When I heard the show was about the hip-hop industry, I thought there was no way I would enjoy it, but I’m so glad I gave it a chance. My favorite line of the night was when Cookie referred to Hakeem’s much older girlfriend as Yoko Ono. That was hilarious!

Fantastic show. I was hooked from episode 1 and it just keeps getting better & better.