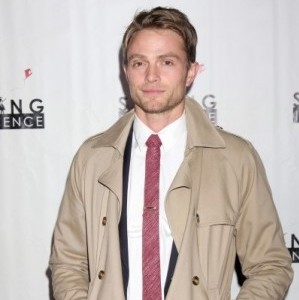 Former The Young and the Restless hottie Wilson Bethel (Ex-Ryder) who has been a hot ticket on CW’s Hart of Dixie for the last four seasons, has  landed a new role in the upcoming midseason replacement The Astronaut Wives Club on ABC!  On the new series, Bethel will play Scott Carpenter,  the most laid-back of the astronauts and husband to Rene Carpenter (Yvonne Strahovski).

According to TV Guide: “Bethel is only slated to appear in eight of Wives‘ 10 episodes, and because Dixie has already completed filming on Season 4, the two shooting schedules don’t overlap.”

And that has also put into question, just what is the status of Hart of Dixie!  From the looks of it, it appears the show is coming to an end.  First, Wilson tweeted out on October 6th, “Thank you, Wade Kinsella for these four wonderful years. It’s been a mighty pleasure knowing you.”   Wade is the name of the character he has played on the CW drama!

And now Bethel is expanding his relationship with the series’ executive producers Josh Schwartz and Stephanie Savage as well as the network and studio behind Hart of Dixie, the CW and Warner Bros. TV, with two new gigs! One is the aforementioned “Astronaut Wives  Club” which is being produced by Schwartz and Savage, and the other is a turn as a writer!

Deadline.com reports the actor is writing a series for the CW: “Bethel has closed a blind script deal with Warner Bros. TV to pen a drama project for the CW. He has writing experience — Bethel wrote, produced and starred in the CW digital series Stupid Hype and L.A. Rangers. Additionally, he penned the viral Funny or Die video Call Me Doctor starring Hart Of Dixie leading lady Rachel Bilson.”

So, excited to see Wilson in his new series?  Sad to think Hart of Dixie is a goner?  What do you think of his TV success from his time in Genoa City? Comment below!

Jonathan Jackson's NASHVILLE Promo: "You Loved Him By Day, Now You Can Love Him Every Wednesday Night!"

Oh, my gosh. I had completely forgotten about Ryder, and how he exited from the soap.
Whatever happened to his sister Daisy Carter and her baby Lucy? Is the baby with Daniel? I can’t remember.
Lucy will probably show up as a teen…Wow! Phyllis with a grown granddaughter is hard to grasp….I am just ruminating and fantasizing…LOL.

I will miss heart of dixie cute show

His atrocious “southern accent” in “Hart of Dixie” is reason enough to cancel that turkey.

I’m with you. I love that show.

Oh yes! Now I remember who he played. I was drawing a blank there for a moment (which happens more times than I care to admit).
Yes, he and his creepy sister Daisy were Children of the Corn.
Congratulations to this young and talented actor.