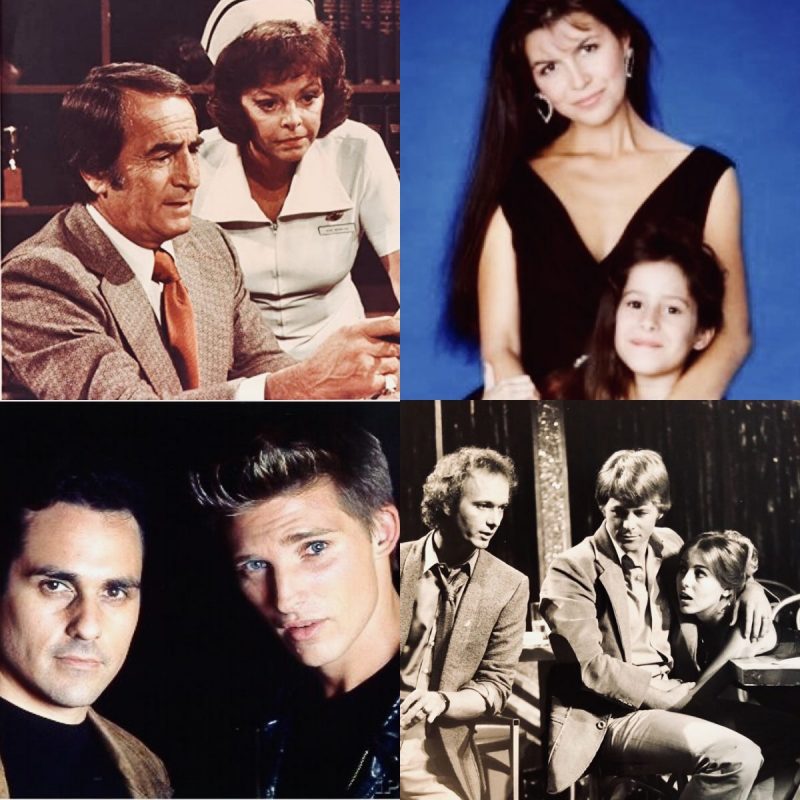 When you think of the legacy juggernaut that is ABC’s General Hospital, take a moment to reflect on all the wonderful characters and stories through the years, and the doctors, nurses, mobsters, and residents past and present of Port Charles, that you followed along the way day in and day out.

April 1st, 1963 marks the 58th anniversary of the daytime drama series; while another very famous soap series also premiered that day, The Doctors. 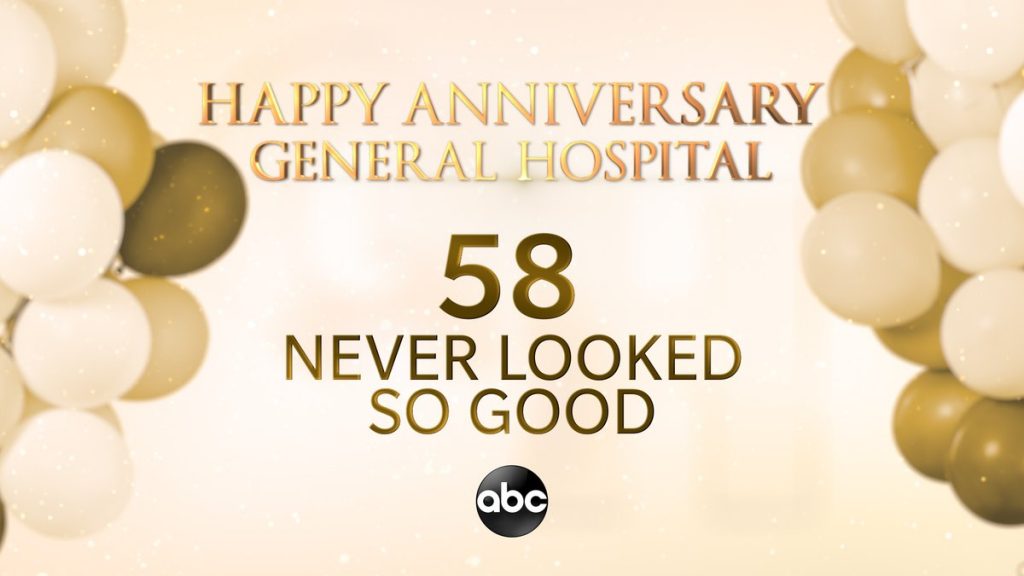 From the Hardys and the Brewers, to the Quartermaines and the Cassasdines, to the Spencers, Webbers and Corinthos clan, the series has had something for everybody during its now close to six decade run.

GH was created by the husband and wife team of Frank and Doris Hursley and has has 9 executive producers over its history, with its current EP being Frank Valentini who took over the show back in 2012.

On social media today, Valentini tweeted: “Happy Anniversary GH! 58 years young! Thank you ABC and all of the fans over the years -much love and appreciation.”

The official GH twitter account shared on this milestone: “Not a joke, just a fact – #GH turns 58 today and we wouldn’t be here with you. On behalf of the entire cast and crew of #GeneralHospital, thank you for your support. Happy Anniversary!”

Check out the first episode of GH below.

Now, share your congratulations and well-wishes to the GH cast – past and present, the crew, and creatives for 58 years of storytelling and performances via the comment section.

My, oh my. That takes me back. I was watching when that first episode originally aired and was instantly hooked on General Hospital. I fell in love with Dr. Hardy and with Nurse Jessie and was terribly worried about poor Angie. Of course, I was only 11 at the time. Emily McLaughlin and John Beradino has a tremendous impact on my life.

Haven’t heard whether or not there were plans for a “special anniversary episode” this year, but given the number of preempted episodes so far in 2021, if there is one, we probably won’t see it until the middle of the month at the earliest.

I know they’re behind because of pre-emptions, but I hope there’s a special episode coming up for the anniversary

Yeah, and they’ll probably preempt that one too. Just like the idiotic preemption today. Yeah, one guy went crazy and crashed his car into a fence. Sad for him, sadder for the cop he killed in the process, but certainly nothing that couldn’t have waited another 15 minutes for ABC to report on it. If they can’t do that (even though they have a literal 24 hour live news channel now, so why interrupt at all) then they should open up streaming access to the episodes at 8 PM Eastern time, the same day, and NOT require you to be… Read more »

Satan – what happened in Washington is real life. Here and now in reality. A man lost his life! Children lost their father! A darn sight more important than the fictional world of GH. Laura, Sonny, Carly and the rest will still be seen most days.

They still have years to go to tie and beat Guiding Light!

Never thought I’d see the day when I would come to this site and find a picture of Emily McLaughlin and John Beradino! What a pleasant surprise! Just a suggestion: for the next story on a GH anniversary, why not include a picture of Rachel Ames, the longest running actress (or actor) in the show’s history…

I will just tactfully add that my favorite time period of GH was the late 60s/early 70s. I really miss THOSE characters and will always remember them!

@Jamesj75…That was always my favourite period of the programme as well. Me gran and I used to watch together. To this day, I can still see Audrey pulling a gun from the back of her toilet which had been used to murder her son’s (Stevie at the time) baby sitter! I was fascinated by that! Also, poor Jessie with a geode in her hand sprawled out on the floor in shock after finding Phil Brewer murdered by Augusta McLeod! Her young niece and nephew staying with her as well. The nephew being portrayed by a very young Luke Skywalker! Those,… Read more »

Hello Eden! Thanks so much for your response! So glad I noticed it… I had forgotten about how Audrey initially called her son Stevie and then, later, Tommy. I almost forgot about that “very young Luke Skywalker” character! The murder of Phil Brewer was a great mystery with a variety of suspects, including my all-time favorite, Diana Taylor (as played by Valerie Starrett), and her husband Dr. Peter Taylor (Craig Huebing). I thoroughly enjoyed their love story more than any other storyline. Other characters from that period I enjoyed were Steve Hardy, Jessie Brewer, Audrey Hobart/Hardy, Jane and Howie Dawson,… Read more »

Oops. I forgot Lesley and Cameron…