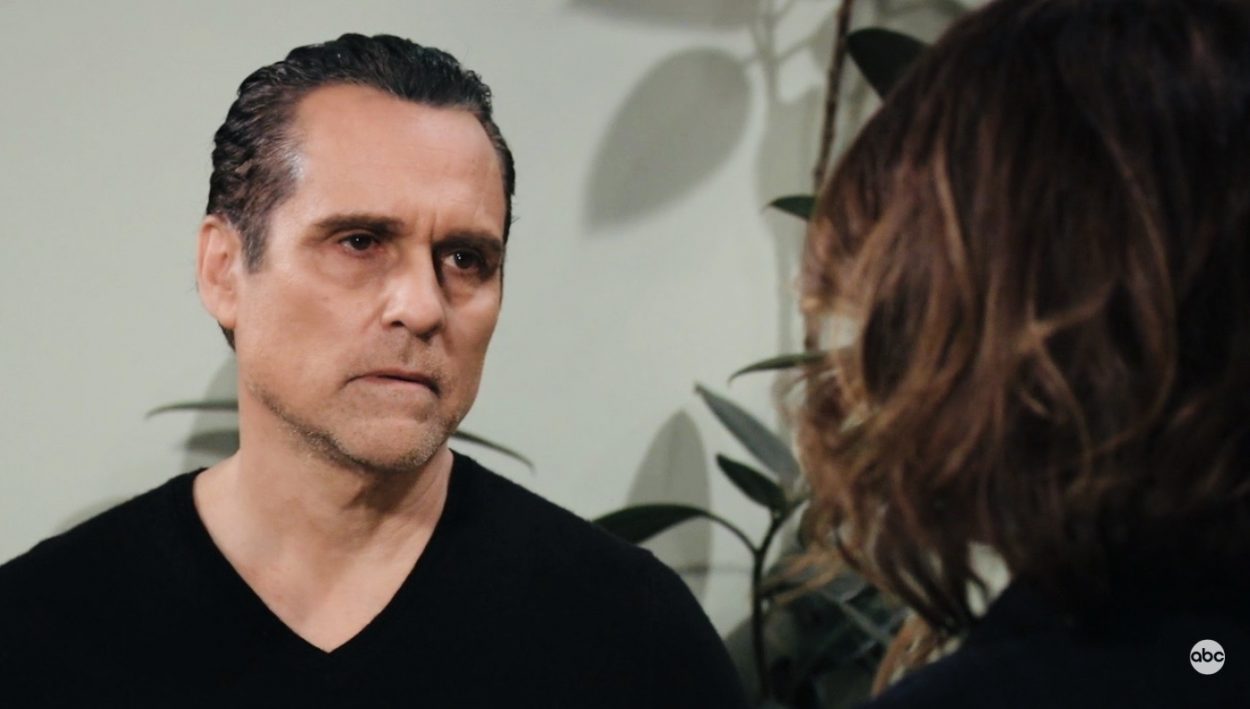 We have to give kudos to GH for not skipping over key observations and changes the person suffering from the disease, and their loved ones, endure, 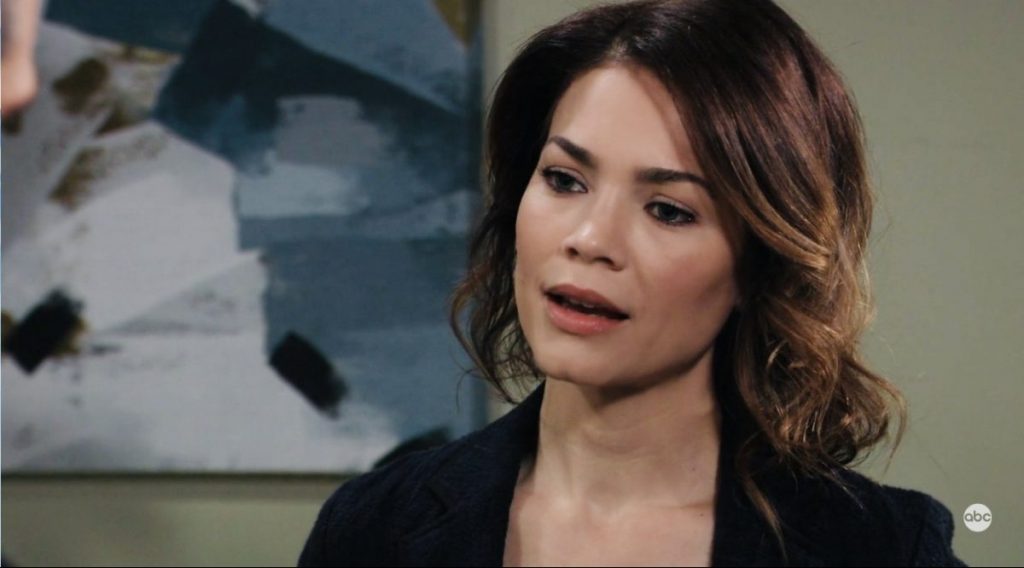 In story, Elizabeth had come to Turning Woods to spend some time with Mike and to help Sonny.  While there, and as viewers saw previously, Mike would not swallow the water that Sonny tried to give him   It didn’t work so well when Liz tried either, but being a nurse, she knew to wet a towel and to try to get some water in Mike’s mouth that way.

Sonny reveals to Liz that Mike had a small stroke, and agrees with Liz’s assessment that he seems mostly unresponsive.  It is then that Liz takes Sonny outside of Mike’s room and knows she has to have a serious talk with him; to make him fully aware of what is happening to Mike.

Liz tells Sonny that Mike needs to stay in one place at this point, and that Sonny should look into palliative care.  She also shares her concern that Mike does not have a DNR in place and he needs one.  Sonny is, of course, overcome. 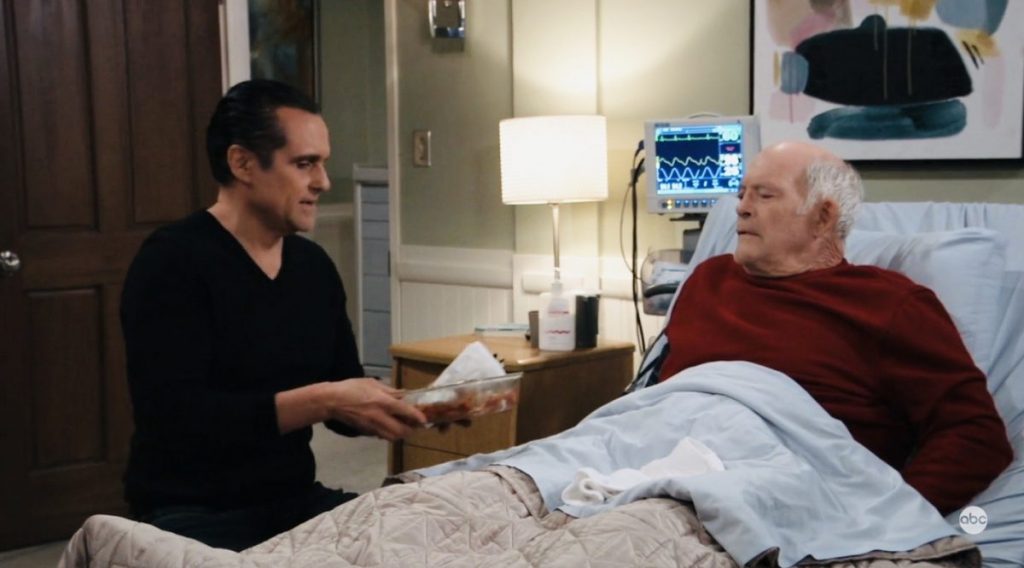 One of the most horrific signs in the progression of Alzheimer’s is when the person afflicted can’t remember or get the signal from the brain to want to eat or swallow, and things don’t get better from there.  Liz tells Sonny that Mike is now having trouble understanding how his body is supposed to work.

After Liz leaves, Sonny attempts to get Mike to eat some of Olivia’s special meatballs. After initially not getting anywhere with Mike, he comes to realize and admit they smell like home and finally take a small bite.

The scenes were poignant and effective, especially for all of us who have dealt with loved ones who are suffering with or have died from Alzheimer’s.

What did you think of the scenes featuring Maurice, Max and Rebecca? Comment below.

What would had made this story more interesting if the show had brought back Ava’s mom Delia(if IK was available) and had her in a relationship with Mike early on-this would had added more conflict with Sonny and Ava…im sure the show will have a tear jerking scene with Mike passing away in Sonny’s arms-smelling an emmy here!!!

I will miss Max Gail (Mike)–
He is AWESOME!
that man is gold..
The story is quite realistic, well done.
On the other hand-
Y&R cancer story is a complete fail!
It is 90% family support and very little
to do about the fears struggles of cancer.
It’s an extremely rich privileged family
with no worries as normal everyday people
live a life with little help nor money, a high percent of
cancer peoples don’t live like the Newmans.
It is useless and phoney story= fail !

GH is and has been doing a great job with this debilitating disease. Actors all doing a wonderful truthful presentation!! Any one who has had a close relative going through this can appreciate the efforts and realistic presentation. Thank you

They were heart-breaking scenes and so true to life. I applaud GH for going there when they could have white-washed the whole matter. This isn’t a fun or escapist story line, but one that touches my heart and allows me to cry as I remember relatives whom I’ve lost to this robber-illness. Kudos to all those involved!