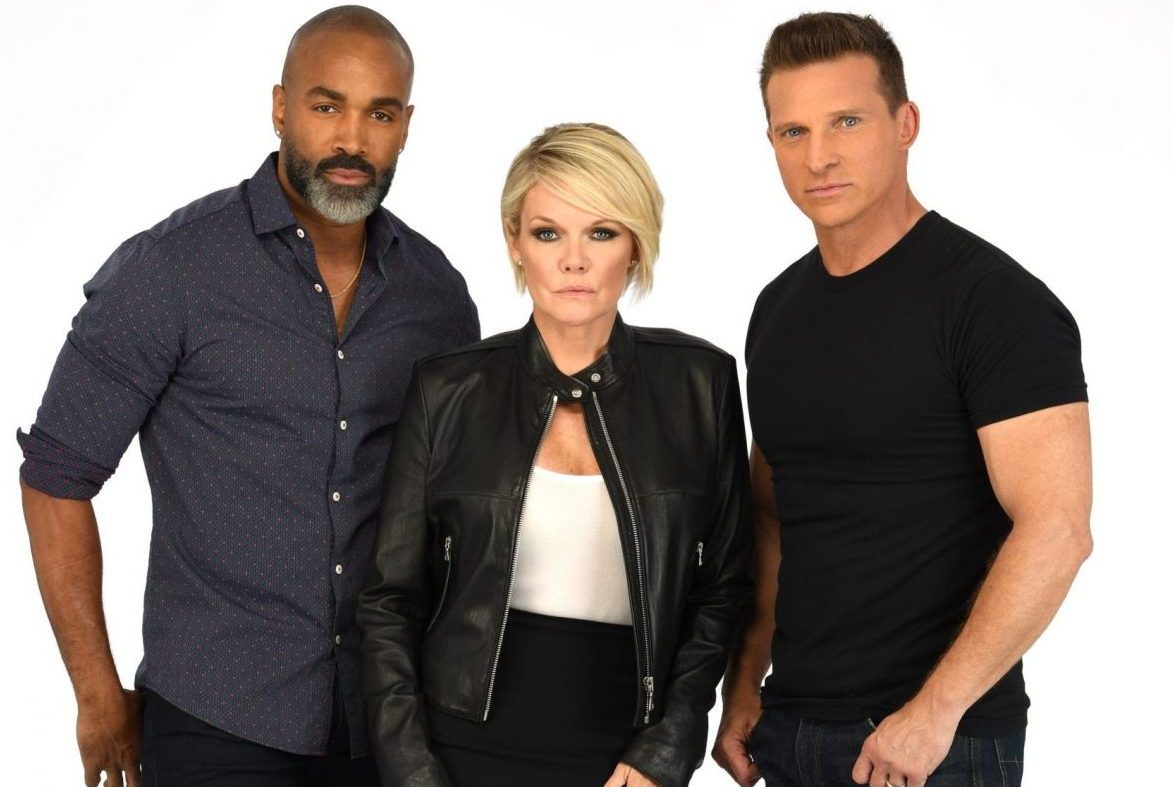 Fans of the long-running ABC daytime drama, General Hospital received some good news – their favorite soap opera is returning with all-new episodes beginning the week of August 3rd, and the show has resumed production this week after its four-month shutdown due to COVID-19.

GH will now follow The Bold and the Beautiful as the next soap back on air with new episodes following the shutdown.

Days of our Lives has been airing new episodes and has more in the bank till October.  We are waiting on word as to when new episodes of Y&R will begin to air, as well, since they have gone back into production.

Here’s what to look for in upcoming new episodes below:

TUESDAY, AUGUST 4
Carly comes home to a distraught Sonny. Valentin and Martin strategize. Brook Lynn interrupts Ned. Monica is committed to a cause. Nelle is confrontational.

WEDNESDAY, AUGUST 5
Sonny has a crisis of conscience. Valentin propositions Sam. Alexis gets a visit from an old friend. Willow and Michael grow closer. Nelle demands to see Wiley.

THURSDAY, AUGUST 6
Jordan confides in Jason. Maxie and Lucy agree on a decision about Deception. Sam and Carly bond over a common struggle. Curtis runs into Chase. Cyrus meets with Brando.

FRIDAY, AUGUST 7, 2020
Sonny visits with Brando. Cyrus continues to manipulate Jordan. Finn and Portia bond over the relationships they have with their daughters. Maxie has seconds thoughts. Anna defends Peter.

So excited to know new GH episodes are on the way? Comment below.

Awesome!! I can hardly wait. Glad to see Monica and Crazy Nelle are on board for week one…also, Willow and Michael.

Such wonderful news! Hope everyone does well and remains safe. Cannot wait to see the new shows!

I’m so happy GH is coming back. It’s one of those things, as the old saying goes, you don’t realize what you have until it’s gone. The show has been a part of my life for 25+ years, and I miss it when it’s gone. It became part of my routine to binge watch the past week’s GH every weekend on Hulu. I’ll be glad to see everyone back on the screen again, like that family member you haven’t seen in a while. I know this probably won’t be the case, but I hope the time off and wanting to… Read more »

Wow, I’m surprised that GH is bringing new episodes after only being back in production for less than a month!

Less than 2 weeks actually. Surprised that they’re airing new episodes on Fridays as I thought they might build up a cushion.

Hopefully the writers adjusted a few storylines during the hiatus.

Bold is Back so now it is time to bring back GH. The only 2 soaps that is watched by our family!

GH needs to pepper-in some flashbacks in the new episodes, to remind us what’s going on.

So So Very Excited To See General Hospital Returning I Felt Totally Lost I Have Seen All Of The Repeat Episodes For The Second Time Prayer For ALL To Stay Safe Welcome BACK;

This is the best news I’ve heard all year!!! I’ve missed them SO much!!!

The best news all year would be a vaccine for Corona!

The BEST news all year would be a vaccine!

Where is the Laura and Cyrus conversation?

And once it’s back on with new episodes, you all know that the network will pre-empt it for just about any reason. Would they do that to football? Not on your life!

Yeah, it’s really too bad that Peacock doesn’t carry ABC programs. At least I can watch Days without any interruptions now. Most of the time I don’t even have to put up with commercials.

Please ABC in NJ/NY area – DO NOT interrupt GH FOR ANYTHING ON Monday!