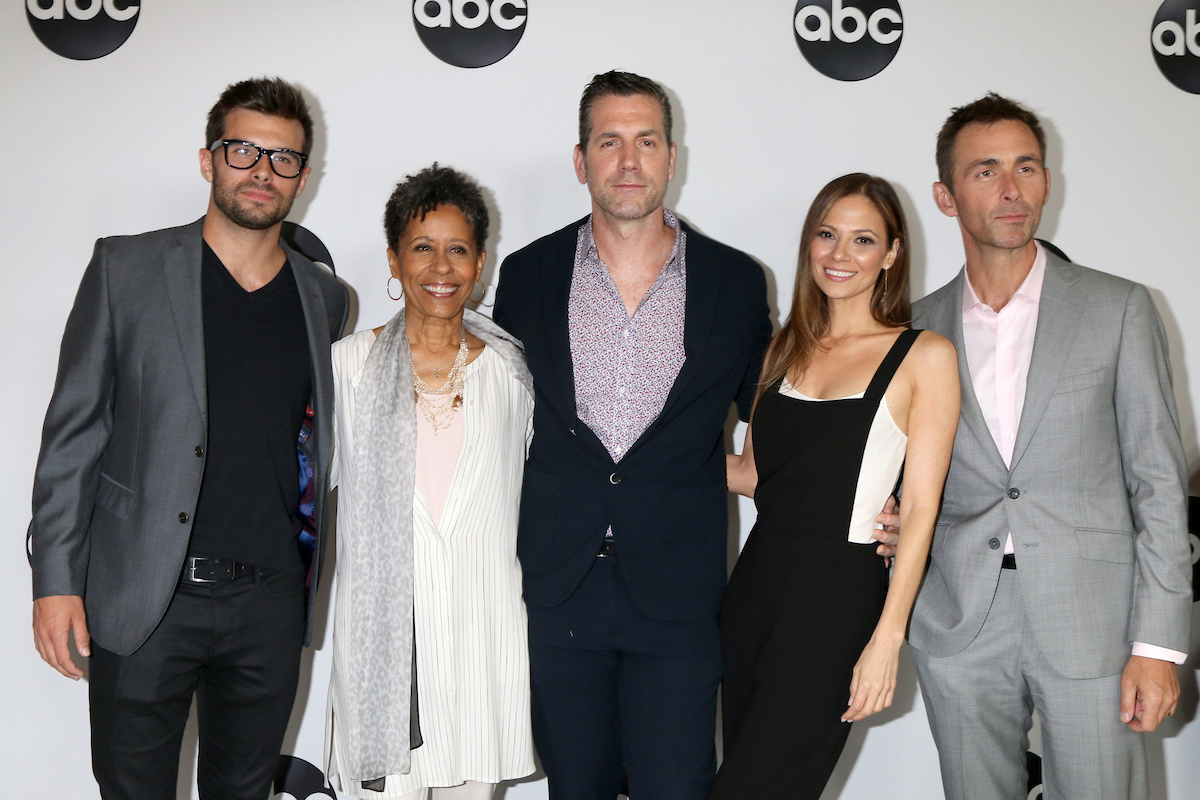 Several stars who appear in the line-up of current and upcoming ABC programs made an appearance at the ABC TCA Summer Press Tour Happy Hour Reception, held at the Beverly Hilton hotel in Beverly Hills, California this week, where they posed for pics and chatted it up with journalists from around the globe.

During the day, the network also previewed several of its new series in the fall lineup, one of which was the Nathan Fillion (Ex-Joe, OLTL and ex-Castle) new drama, The Rookie.

Several contestants from the just concluded Bachelorette, who are also appearing currently on  Bachelor in Paradise, were also in attendance including: Colton Underwood, and Wills Reid.  How to Get Away with Murder star, Charlie Webber (Frank DelFino) was also there, as well as Dancing with the Stars: Junior judges: Adam Rippon, Mandy Moore and Val Chmerkovskiy.

Check out our gallery below. and then let us know what was your favorite pic in the comment section below!

He's back with a new series, "The Rookie!" while never forgetting his OLTL roots ... Nathan Fillion.
The GH ensemble of: Josh Swickard, Vernee Watson, Frank Valentini, Tamara Braun, and James Patrick Stuart.
ABC Entertainment President, Channing Dungey.
Newly engaged, "Bachelor In Paradise'" duo Jared Haibon, and Ashley Iaconetti.
GH's Josh Swickard stylish in his specs!
"How to Get Away with Murder" is ramping up its new season and Charlie Weber will be in the middle of all the drama!
Who doesn't love the one and only Tamara Braun (Kim) of "General Hospital!"
He was the fourth runner-up for Becca's heart on "The Bachlorette", now he;s on "Bachelor in Paradise"... Colton Underwood.
"Dancing with the Stars: Juniors" judges: Val Chmerkovskiy, Mandy Moore, and Adam Rippon .
"Bachelor in Paradise" meets "The Bachelorette" as Wills Reid, Eric Bigger, Kendall Long, and Colton Underwood ham it up for the paparazzi!
Everyone loves to love, or loves to hate, GH's Vaslentin Cassadine, but everyone loves James Patrick Stuart .
The cast of "The Rookie": Nathan Fillion, Alyssa Diaz, Titus Makin Jr, Afton Williamson, Richard T Jones, and Mercedes Mason.
Always stylin' was Wills in this season of "The Bachelorette!"
GH's Aunt Stella ... Daytime Emmy winner, Vernee Watson.