After a few days of working out schedules, General Hospital’s Steve Burton (Jason) and Chad Duell (Michael) are boarding the plane and heading east this weekend for originally scheduled fan appearances with Maurice Benard (Sonny).  The appearances set for Levittown, NY, Point Pleasant, NJ, and Trumbull, CT will now have Burton and Duell as the headliners.

So what happened?  As many know, and as Maurice himself discussed on his recent appearance on the On-Air On-Soaps Holiday podcast, the soap icon was heading east for the first time in eight years to see his fans and to concur his fear of flying which had prevented him from traveling in the past due to panic attacks.

However now event organizers have announced that Benard whose first appearance was set for Orlando, Florida had a panic attack and did not get on the plane to fly to the East Coast. Thus actor has rescheduled his appearances in Florida, Connecticut, New York and New Jersey for July 15, 16 and 17.

ABC Soaps In Depth reported, “Although the actor hasn’t flown in years, he’d been working himself up over the past several months to conquer his fear and fly the friendly skies — with his family seated in first class alongside him. However, after his children had boarded the plane headed to Orlando, Benard stepped on board and saw that the aircraft wasn’t as large as what he’d been used to and began to feel claustrophobic. At that point, Benard told his wife, Paula, that he needed to get off the plane. I hope I can make it up to everyone someday,” says Benard, who will drive across the country for his appearances this summer.

All My Children and Hot in Cleveland in unprecendented crossover!

My heart goes out to Maurice. Having to manage an anxiety disorder is difficult. It’s a shame that his doctor’s couldn’t have found medication to assist him.

I hope Steve Burton & Chad Duell have a safe trip. They certainly show their humanity by caring enough to step in for Maurice.

All around, these folks are good people.

I used to suffer from panic attacks. I have since conquered them. I’m not sure how I did that, but I don’t get them anymore. But, when I did, I would have pretty severe ones. For example, I would be in the middle of the grocery store, feel like I was being closed in, and I would have to just leave my cart. I had one so badly one time I thought I was having a heart attack. My late-husband took me to the emergency room. It was just severe anxiety and panic. They can be debilitating and one of… Read more » 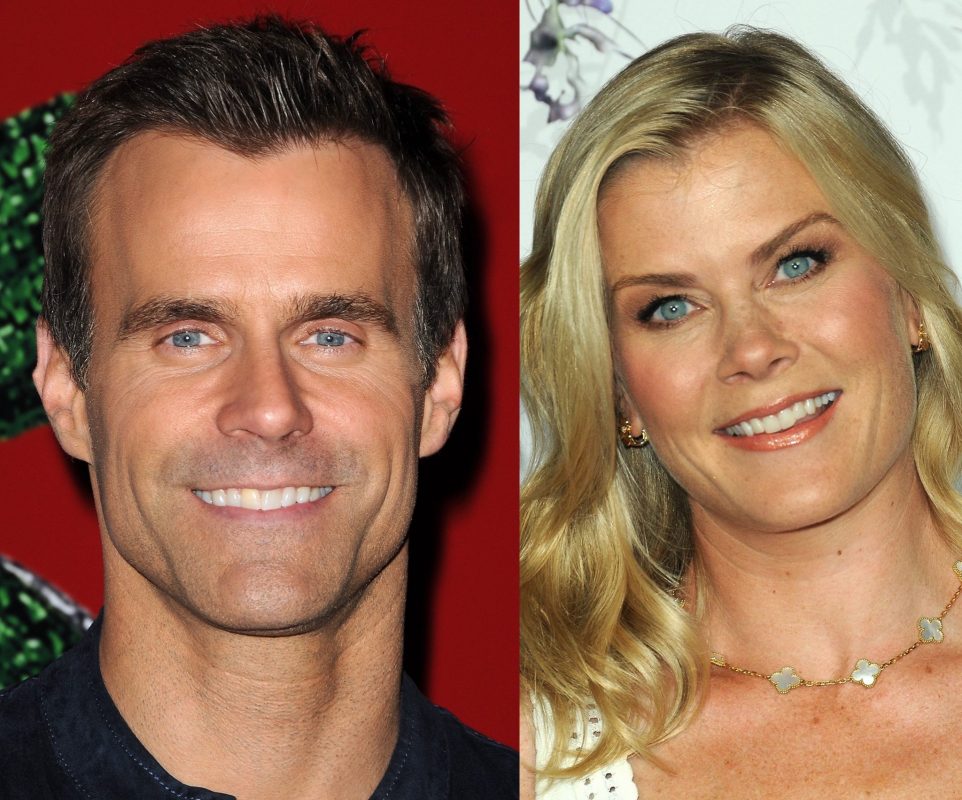 Are Cameron Mathsion and Alison Sweeney the two busiest stars on the planet? Now comes word that the two actors are off filming the next Hannah Swensen Mystery for Hallmark Channel this week in Vancouver.

Previously, Mathison and Sweeney appeared together in the Murder, She Baked movies.  Now, they will reprise their roles of Mike Kingston and Hannah Svensen in the movie that will appear this summer on Hallmark’s Movie and Mysteries.  Former One Life to Live star, Barbara Niven (Ex-Liz) also reprises her role of Hannah’s mother, Delores Swensen.

In the new mystery, Hannah (Sweeney) and Mike Kingston (Mathison) enjoy finally being engaged while still managing their busy careers. However, a murder at Hannah’s gym may complicate their wedding plans as Hannah’s need for sleuthing again impact’s Mike’s investigation.

In addition, Alison is currently front and center in story on Days of our Lives as Sami, and Cameron is set to make his Port Charles debut over the summer on General Hospital.

Sweeney shared in a statement, “I’m so excited to revisit Hannah Swensen and to again work with Cameron and Barbara on these fun stories that combine romance with intrigue,  The fans have been so vocal in their love of these characters and it’s exciting to be bringing them back to life and to return to Hannah’s bakery where it all began.”

So, will you be checking out Cameron and Alison in the new Hannah Swensen Mystery? Comment below.