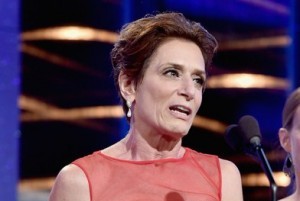 The Nerdist has posted a very special podcast for soap fans and especially those of General Hospital.

Host, Ben Blacker welcomes GH head writers, Shelly Altman and Chris Van Etten for an inside look and discussion on just how the writer’s room works and is constructed on a soap opera, in particular the ABC daytime drama series.

Blacker is joined by writer and GH superfan, Danielle Sanchez-Witzel, as they talk the nuts and bolts of writing for a continuing daytime drama series from: the creation of long story, to how the each week’s episodes are laid out in the hands of the breakdown writers, scripts writers, and more. 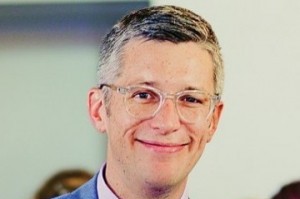 Altman and Van Etten also talk about their writing team, what they look for in a writer, and if they are a fit for the genre, if there is story that they want to tell, but haven’t had the chance to yet, and how they must map out the lives for the many contract players and characters on the Port Charles canvas.

It’s a compelling listen. Check it out here.

After you have had a chance to listen, let us know if there is something you learned that you didn’t know about how the process of writing a soap, and in particular how GH scripts and stories are planned in the comment section below.

Shanica Knowles Cast On The Young and the Restless!

Whoa! that was more than long so I had to skip it… Anyways, I don’t care how they write GH I only care how good the writting is. I gotta admit, I have been in snoooz mode the past 2 weeks, nothing is happening to keep me awake 🙁 overkill of Sam and Jason looking at each other like hurt puppies, to say it kindly, nuff is nuff of them.. They desperately need to write some hard drama, intriguing exciting adventure intense stuff and shelf the stagnate mush. the couple’s woe is me woes are as interesting as a lint… Read more »

@Su000, you never cease to make me laugh…. Thank you
for your unvarnished honesty.

laugh and unvarnished honesty? all she does is complain about how boring gh is, if she doesn’t like it she should just give up already on the show, she seems happy w/Dool and RC, why is she bothering w/ GH if all she’s gonna do is bitch about it, what she is, is predictable, if you wanna read someone bitch about GH then su0000 is the one to go to to read about it That is all she offers.

Su…I guess the difference lies in what you define as “drama.” I think you seek action. As for drama, Sam and Jason’s exchanged glances ARE drama…for those of us who were in love with their love story. Add to that Sam’s emotional conflict, her love for and loyalty to Drew coupled with her repressed but returning to the surface feelings for Jason and it’s an emotional tug-of-war for the characters and the veiwers who are invested in these characters. Personally, I get kinda teary when I see the flashbacks of Jason and Sam because I was watching back then. So,… Read more »

amen to Intense action adventure stories. They at the beginning phase of bringing back adventure storytelling to the show. The Jason/Faison Saga is the most intriguing story in ages.

They are building stories (i.e Faison and Mayoral/Charles St). What I like is that they are integrating a lot of the cast in both stories.

It’s worth a listen (interview begins 5 minutes in and is 68 in length). I enjoyed learning more about Shelly and Chris, the process of writing the show, the constraints and challenges. GH should be in good hands with Shelly, Chris, and the current writing team. I’m sure the goings-on behind the scenes can be even more interesting than what’s on the screen, so it was a neat glimpse from that perspective. But what about the bigger picture? Let’s hear about the business side of things from the executives, those that can speak not only on the state of the… Read more »

I am curious…Do the writers ike Shelly and Van Etten pay any attention to comments made by fans. A big example is that, at least on MF, for years many have expressed being very tired of Sonny and Carly, the mob, and both monopolizing GH. Doesn’t this count for something when writing the GH stories.

It was an interesting listen but I think it was meant primarily for those who are either in or interested in getting into writing. I found it interesting because of my publishing background. not sure if it would be compelling if I wasn’t in that realm.

For those of us who might be thinking of writing a soap…as was asked during the interview…it wasn’t too encouraging. But never say never!

I’m really disappointed with Chris Van Etten as the choice for co-headwriter. For someone who watched late 80s GH, supposedly, I see nothing that shows respect for that time period onscreen. I also don’t like that he is basically Ron Carlivati’s pupil, who loves the soap cliches like Ron does. Because the genre and especially GH started going toward the bad in the 90s, I see some sense in putting older Head Writers in place at GH becaue they know what good soap is made of. Many of the writers working under Chris and Shelly are older so why not?