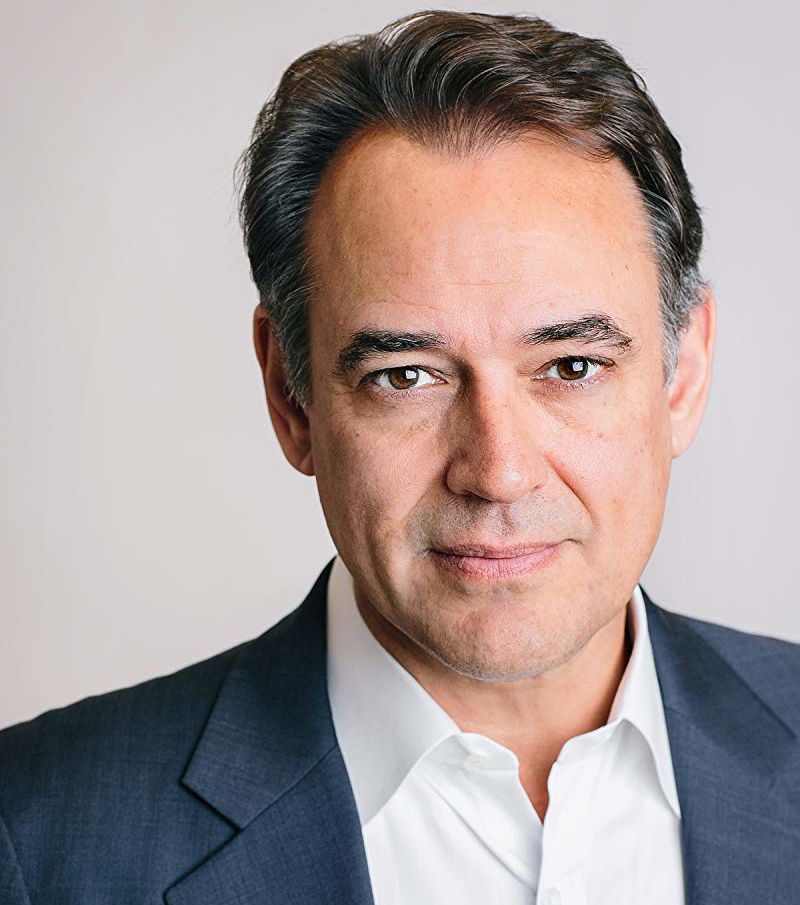 Looks Like General Hospital’s Jon Lindstrom is one busy actor these days!  Now playing the dual roles of Ryan Chamberlain and Kevin Collins on the ABC daytime drama series, you will soon also be able to see him in Amazon’s long-running and most popular streaming series, Bosch.

According to casting news out of Deadline this week, Lindstrom will take on the recurring role of Lance Cronyn, a lawyer who goes toe-to-toe with the title role of homicide Detective Harry Bosch (Titus Welliver).

Even though soap fans know Jon from his  work on GH and ATWT, his primetime TV credits include S.W.A.T., NCIS and Blue Bloods, and he will be seen in the upcoming film, The Great Illusion.

With Bosch’s fifth season currently in production and set to launch next year, Amazon already announced a week ago that the series has already been picked up for a sixth season.

And, if is you missed last week’s Soap Nation Live! podcast featuring Jon as one of the special guests, you can listen to the replay right here.

So, glad to  know Jon is going to be seen in multiple projects in 2019? Share your comments below.

FOR – ALL – the botched writing that goes on Shelly and Chris… you are near the worst… since the fall season “premiered” @GH for 10 straight weeks in a row… GH is at an all time record low for the desired demographic 18-49 women . you had a great story with Jon Lindstrom Where was Felicia ? why is the show focusing on Laura Wright ” Carly : so concerned with her next door cell mate ? who rapped SOS morse code shit ? Carly two nightmare’ has ruined this story. as the dullard Corinthos’ rally I hope Jon… Read more »

hi Patrick, how you doing?
Frank and Shelly are dying a slow agonizing death,,
Both are suffering from ideals and writers’ block = burned out..
It’s time for both to retire, they are doing more harm than good ..

Patrick, I could not agree with you more. Jon Lindstrom is a gem and whether you like the Ryan story line or not, you have to admit that this story gave him the chance to show how fine tuned his acting chops are (forgive the mixed metaphor).

I agree, Patrick, the Carly show is nauseating. But I’ve said this before; she has a huge following and they’re playing to those fans. There are much more, it seems, that are Carly/Sonny fans than aren’t…or so it seems if you go by Facebook soap sites, Twitter, etc. They’re hugely popular and it’s crazy-making to those of us who aren’t. I can’t stand Carly; at all. So much so that I’d love them to write her off the show. Jon Lindstrom is great. Always liked him and glad he FINALLY got a story. But, once again, you should hear the… Read more »

Well, I’m happy for Jon Lindstrom. He’s a wonderful actor, a real pro. But…am I alone in thinking this Ryan tale has outlived its shelf life? I normally hate evil twin stories anyway, though it did yield a great moment of unintentional laughter: when Laura confided in Lulu about the change in Kevin’s behavior, the ever-intrepid ACE Reporter blurted out, “I haven’t noticed anything”. She should have that printed on a T-shirt for daily use.

“I’ll have a Bloody Mary.” Buwhwwhahhaahahah!

Since Genie came back, Jon has been in more episodes than many contract performers. Being recurrring works for some actors (like Jon and Wally) who are able to book multiple shows and juggle their schedules.

I’ve always liked him and was so glad when he was brought back to GH. But, I’d much rather see him paired back with Lucy and hangin’ out with Felicia and his bestie, Mac, then be married to Laura. Though they’re “age appropriate” I just don’t like them together. Her character dulls him out. And, I’d love to see the foursome back that I just mentioned. He’s been great as Ryan; he walks around with the same clothes, demeanor as Kevin and yet you’re utterly convinced you’re watching a different character. Congrats to him on his latest gig. I don’t… Read more »

Jon together with Genie are one of the best couplings of #GH history. Jon only came back to the show when he was asked if he’d like to play Laura’s new love interest. He didn’t want to revisit a romantic relationship with Lucy,been there done that many times over. With Laura he’s said he couldn’t be happier working with such a wonder & iconic partner on screen & both are very happy & thousands of fans agree in the polls,on twitter etc. The time of Kevin/Lucy is far gone! Laura would never cheat on him & disgrace him like Lucy.… Read more »

To each his/her own. I wasn’t talking about who the actors liked working with or their preferences. I was talking about mine, as a viewer. And at the beginning, aside from the fact that I love Jon and was thrilled he was back on the show, they bored me. Neither was barely on; when they were the scenes were lifeless and I didn’t get a sense of them as a couple. Each time he made an overture she made some excuse. When they finally DID get together “Laura” was boring. Dull. She did nothing but visit Lulu and babysit Spencer.… Read more »

I would love to see this series. I used to love the Michael Connelly Harry Bosh novels, and couldn’t get enough. I didn’t know about all the previous shows that have been on Amazon, and virtually nothing about streaming. Can anyone tell me who played the Harry Bosch role? Just re-read the above, and see it’s someone I am not familiar with, Titus Welliver, but he looks like someone I’d like to be familiar with,wink,wink!