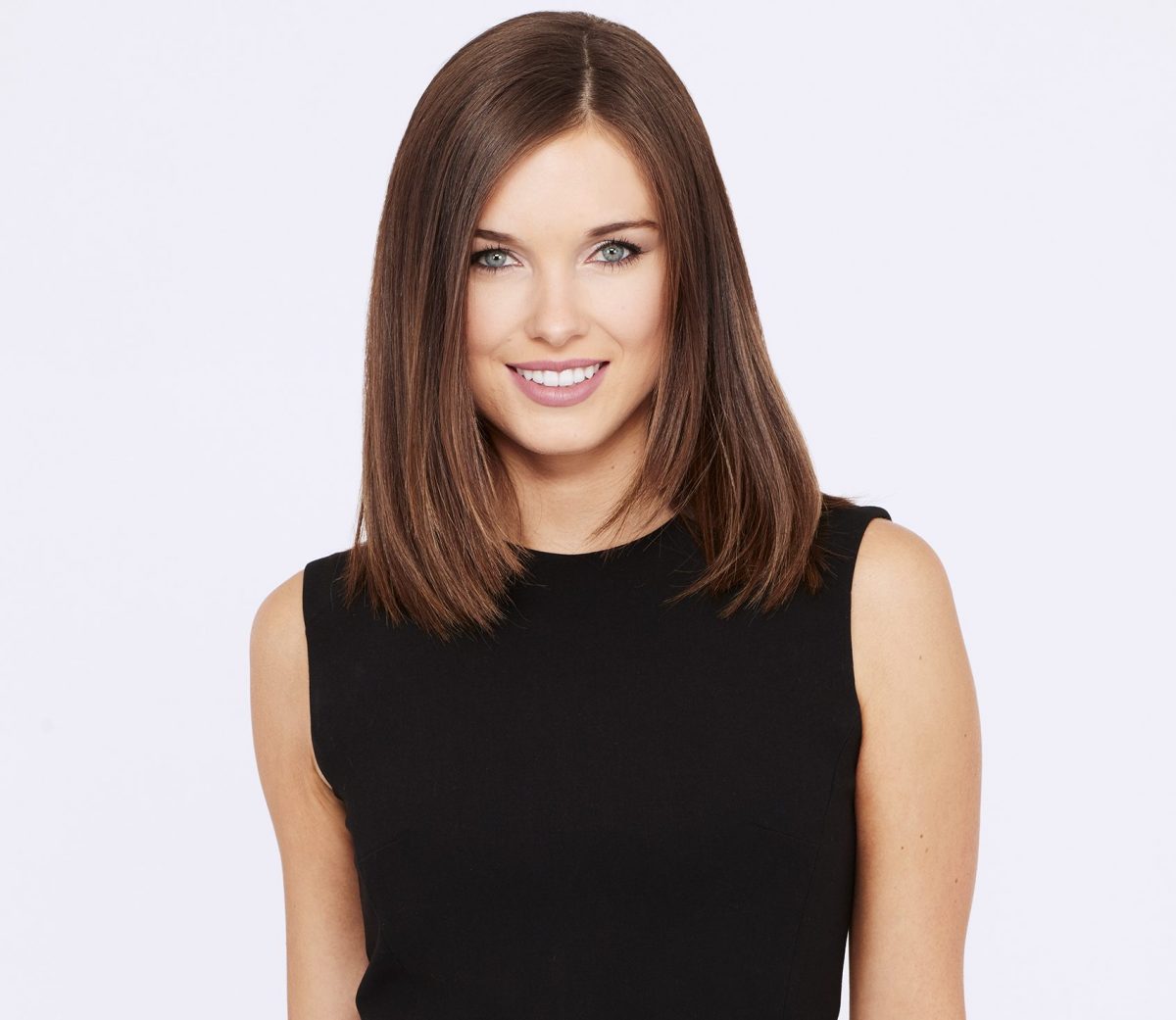 Since Willow (Katelyn MacMullen) first appeared on the General Hospital canvas as the school teacher who needed to let Charlotte’s (Scarlett Fernandez) parents (Valentin, Nina and Lulu) know of her bullying tactic sat school, the character has become quite intertwined to others in Port Charles.

We eventually learned that Willow shared a dark past with the late Shiloh (Coby Ryan McLaughlin), and even had his child, but never told him about it.  Later, Willow seem to get the attention of two young gentlemen; Michael Corinthos (Chad Duell) and Harrison Chase (Josh Swickard). 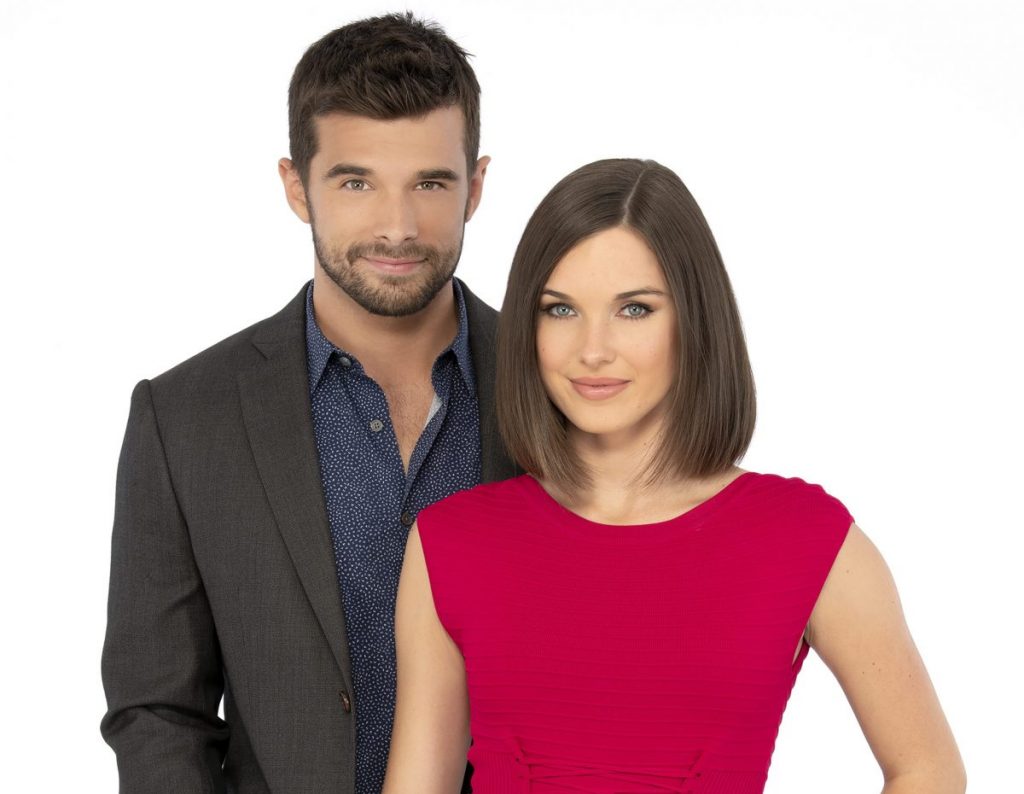 As of now, Chase and Willow look to be quite the happy couple.  But, what will happen when Willow learns the devastating truth- that the little boy she gave up -that is being raised by Brad (Parry Shen) and Lucas (Ryan Carnes) isn’t really hers.  In fact, her son died when Brad took Nelle’s (Chloe Lanier) baby to replace the baby that died.

In a post on her Instagram, Katelyn MacMullen shared that it’s hard to believe a year has past since her debut on the ABC soap opera expressing gratitude: “It’s been a year since I’ve joined this incredible cast! I love this show so much, and every single person involved. I’m so grateful 🖤 It’s been a pretty crazy ride for Willow so far, and I’ve enjoyed every second of it 🌚 Thank you @generalhospitalabc !! 🙏 #GH #oneyearanniversary”

Now the questions become:  What will happen when Willow learns the truth about Wiley? Will it draw her and the child’s real bio-dad, Michael C. closer? Share your theories on what’s to come and congratulate Katelyn for one-year in Port Charles.

TODAY: Soap Studs On ‘The Real’

Really like the actress. I would like to see her eventually end up with Michael and parent Wiley/Jonah together. It would be nice to see them as a happy family, but GH doesn’t do happy.

I really like Willow and like both Michael and Chase. Maybe they could clone her as they did Reva Lewis on GL so many years ago. Stupidest SL I’ve ever seen. We may not have to worry about Willow, as we know when Nelle breaks out of prison, Willow is at the top of her to do-in list, including Sasha.

Really? Cloning, which has some basis in science (it has been done with animals), is the stupidest story line you’ve seen, LOL? Not implanting someone’s memories in someone else’s brain, causing them to become a completely different person LOL?

Sonniorsolita,
Of course everything you said is right. I wasn’t really being serious about them cloning Willow. It was a small attemt at humor. The cloning on GL WAS stupid. Ask anyone who watched the show.

I like her as well. Is there any way SHE could be Nina’s daughter?

Willow is the #1 most BLAH no personality character ever created.
I mean to say; Willow is a total SLEEPER…

I don’t even care a hoot about her baby stuff, its an overkill of boring..

Yes! I agree!!! Time for Willow to go! Would rather see Chase as a gay man, involved with Lucas!

Love Willow and I love her with Chase. They have the makings of a super couple. Willow will grieve Wiley but Chase will help her through it. I don’t think Michael will ever get Wiley. He will be grieving too but Sasha will help him work through his grief.

I really enjoy her. She seems so sweet and loving. BUT, we have also seen that she can breath fire IF she has to! I lover her and Chase together. Say what you want about them killing off James BUT Chase has been a much better character. He even breaths a little, just a little life into a comatose Finn. But anyway, the actress will really have some challenging scenes in the future when she finds out her baby is dead. I look forward to it. BTY, Katelyn, dont cut your hair again!

Timmm…I really like Willow and Chase as well. But I think you mean killing off Nathan/Ryan Peavy who is Jame’s dad. In the meantime you can still see a lot of Ryan on the Hallmark channel.

Oh, thanks Rose, I thought Nina used to call him James? No, babies must live! I never get over to Hallmark. I am hooked on the campy movies on Lifetime!

I love Willow and Chase together. They are a breath of fresh air on this show. Michael’s too young to act so old on this show. He should be with Francesca as I’ve said before. Maybe she can be the force to help him be rejuvenated again. He needs it but not at the expense of Willow and Chase. Bring Felix back to replace Brad as Lucas’s future love interest. Brad has gotten away with much too much for too long, enough of his shenanigans already. He is dispicable and loathsome!

I agree. Bring back Felix!

Congratulations on one year with GH. Awesome scene with Willow and Wiley in Kelly’s Diner last week – moving and subtle. Would love to see Willow and Chase stay together, but their relationship is too neat. They need to have some complications. Hopefully no romance with Michael. He seems more like Willow’s big brother than a romantic partner. Maybe Chase could have a crisis where he needs to lean on Willow for a change.