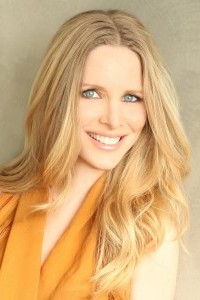 The creative mind of another member of the legendary Bell family has come up with yet another intriguing web series and concept that debuted today on its series website!  That would be The Young and the Restless, Lauralee Bell (Christine) who has written, produced, co-stars, and directs in the new short form series,  mi Promise!

mI promise follows Riley (Cassidy Ann Shaffer, who recurs as Kimmy on Disney Channel’s Austin and Ally) on her 16th birthday, full of life and wonder, on the cusp of first love and first car.  The viewer joins Riley to experience the thrill of someone liking you for the first time via text and then how the same once-in-a-lifetime moments can happen if you are actually seeing the other person’s face and the excitement that only happens when you are face-to-face. It’s definitely not all sweetness and light and that becomes clear in the first episode. Viewers will see the consequence of  mI promise, that I won’t text my life away” and the result of living it fully, real emotions and all. Riley’s choices are highlighted with her best friend, her annoying little brother, her attempt to assert her independence from her mom (played by Bell), dancing with someone she’s crushing on for the first time and following up that amazing experience with … a text instead of feeling the tingle of having that person right next to you, stumbling over their words and feeling the shy awkwardness of first love in the flesh.

“I wanted to give kids someone they could relate to and tell the story without being preachy,” admits Lauralee Bell, “and I wanted to show them an alternative way of life where they are living life and not just writing about it.”

The webseries can be viewed at www.mIpromise.com.  The first installment was posted today Monday December 2nd with subsequent episodes debuting on December 4, 6, 9, 11 and concluding on Friday December 13th.

mI promise offers you two paths to follow without becoming a PSA. It closes with links to share with people you care about … your kids, nieces, nephews, grandkids and friends.   Instead of saying “don’t text and drive,” it’s asking teens to make their own decisions after examining the potential consequences and demonstrating that there is always an alternative because the choice you make may be your last.

Watch the first episode here! Then, let us know, how you feel about texting?  Do you think we have lost verbal and personal communication with people because of our cell phones? What do you think about the message Lauralee is trying to convey through the drama of her new web series?  Comment below!

GENERAL HOSPITAL PROMO Sabrina to Patrick: "You Can't Have Us Both. You Have To Choose!"

The Holiday's Bring Out The Naughty On Y&R! But Who is The Naughtiest Of All In Genoa City?

Good for Lauralee. Such a dangerous habit & so difficult to educate drivers.
Iove having her back on Y&R.

Kudos she is so right I was furious that in order to make appointments with my hairdresser or nail gal I had to text or they would not respond. What is with that? I have a friend who took all cell phones from their children because they would be sitting in the living room texting to each other in the same room. I love watching old movies that surprise they use a phone booth. For as much as we say we have advanced we do not even know each other anymore. I want to hear my loved ones voice if… Read more »

Awesome series-Mi Promise…My son and I watched all 6 episodes in one sitting.