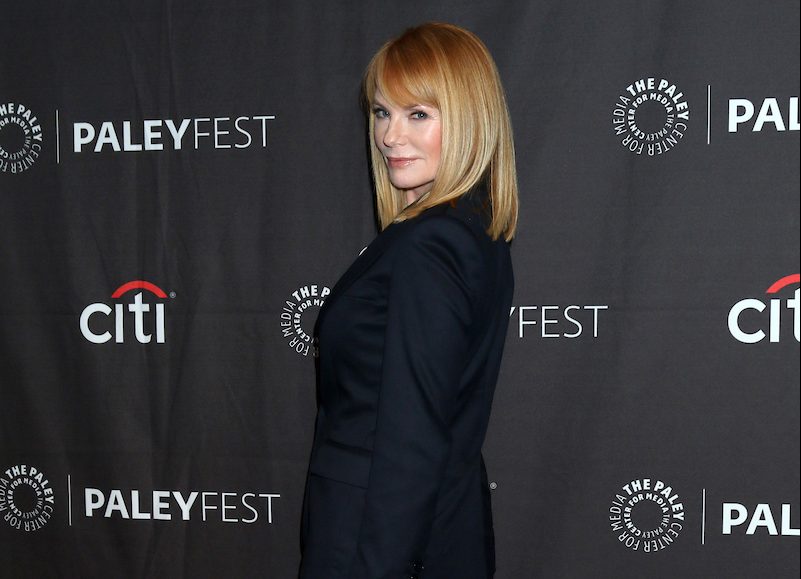 On Monday night as the new fall season of TV is upon, a familiar face to primetime and daytime was back on your screens.  That’s because Marg Helgenberger debuted in her new role as Judge Lisa Brenner in the new CBS drama, All Rise.

In primetime, Marg is best known for her roles on CSI and China Beach, and soap fans remember her as Siobhan Ryan on the beloved ABC soap opera, Ryan’s Hope, which aired fro,m 1976-1989.  Helgenberger played Siobhan from 1982 through 1986.

In an interview with TV Insider, when asked about advice and recalling working with Ryan’s Hope icons and Daytime Emmy winners, Bernie Barrow (Johnny) and Helen Gallagher (Maeve), Marg shared: “The 1980s was the era of daytime drama. I remember the professionalism of Bernie and Helen. They both came from the New York stage. Their advice was in the examples they set – showing up on time, knowing your lines, being there for your fellow actors, and knowing you are part of an ensemble.”

And in response to what was her favorite storyline during her tenure on the soap, she pointed out one with soap vet Roscoe Born:  “I have fond memories of Siobhan’s relationship with Joe Novak (Born)”.

Check out this clip below from Ryan’s Hope at around the 1:26 mark featuring a scene between Helen Gallagher and Marg as Maeve and Sibohan.

Now, let us know, did you watch Ryan’s Hope? Will you catch Marg in her new series All Rise? Comment below.

Jeffrey Vincent Parise to Appear on The Young and the Restless