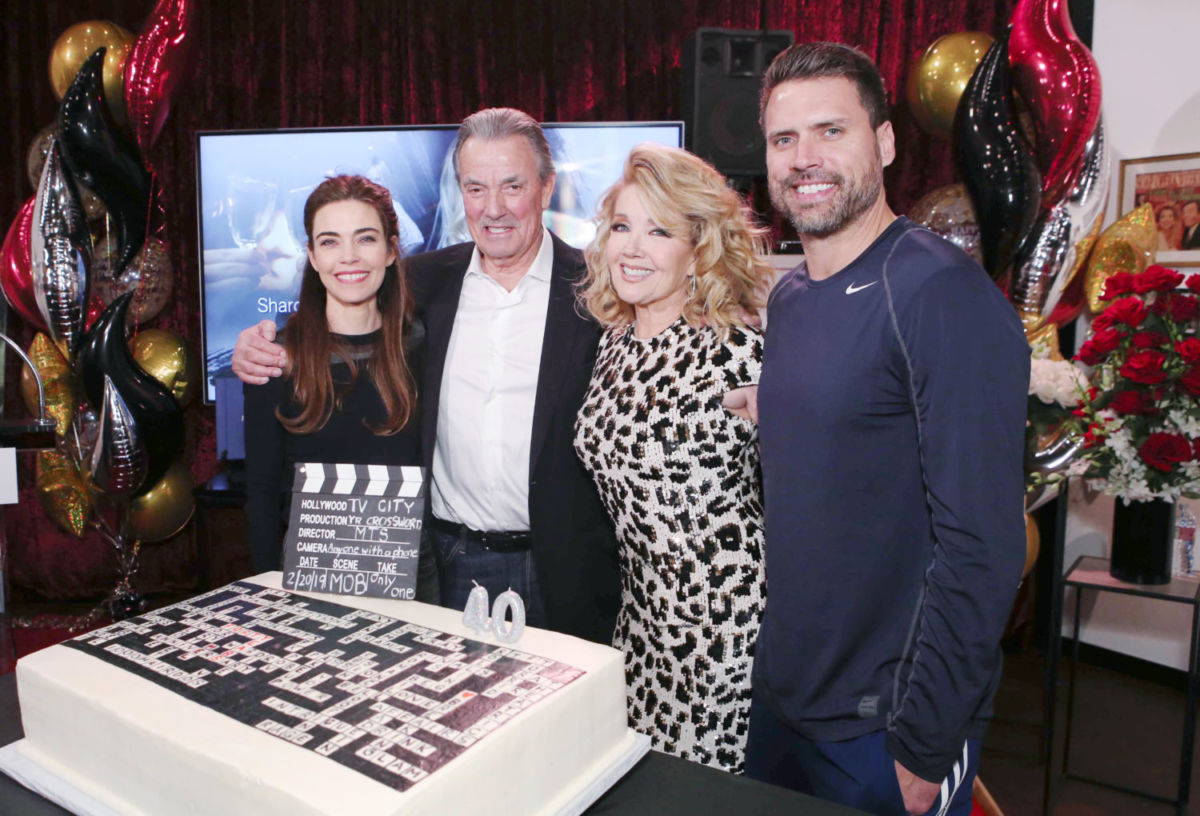 This has been an event-filled and exciting week for The Young and the Restless Melody Thomas Scott (Nikki Newman).  On Wednesday February 20th, the day of her 40th anniversary with the series, Y&R hosted a very special gathering in her honor at Y&R’s soundstage 41 at CBS Television City.

As far as milestone events go, this one was one of the most highly-attended and high-profile one in recent memory.  Not only were many of Melody’s castmates present, but also many former ones, dear friends,  family (even some of her adorable young grandchildren), executives, press. and other actresses from the genre, who all came to honor Melody on this remarkable accomplishment – playing a lead character for 40 years on a daytime drama series.

The celebration was filled with emotional and humorous stories and moments from the speakers: Eric Braeden (Victor), Amelia Heinle (Victoria), Joshua Morrow (Nick), who read a poem he wrote instead of a rap he might have done – all representing the Newman clan. Another speaker was Peter Bergman (Jack), representing the Abbott clan, and one of Melody’s enduring scene-partners and co-stars.  Christian LeBlanc (Michael) introduced the speakers and the clip package honoring the iconic Y&R star.

Sony executive, Steve Kent, CBS Daytime executive, Angelica McDaniel, and Brad Bell, head writer and EP of The Bold and the Beautiful, who spoke on behalf of the Bell family, also saluted Melody.  In addition, Melody’s longtime husband, producer Ed Scott, surprised Melody by speaking and introducing one of their dear friends to those in attendance who spoke to the realness of Melody.

When she finally addressed those in attendances after their kudos, Melody gave many special shout-outs and was quite emotional when speaking of her early childhood and how Y&R has become a family to her and a place where she belonged.

Later, photos were taken with the exquisite cake which was in the form of crossword puzzle, Melody’s idea, and executed by the talented folks at the Hansen’s Bakery.

Michael Fairman TV was present at the proceedings and will have a follow-up feature with thoughts from many of the casts on Melody’s accomplishment in the days to come.  For now, take a look at some of the images from the event with our captions in the photo gallery below.

What was your favorite image from Melody’s big day? Comment below. 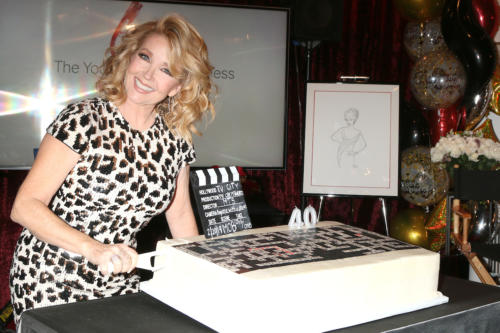 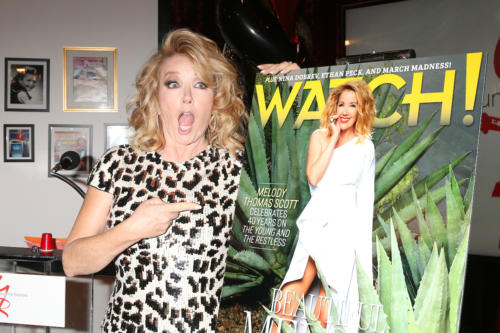 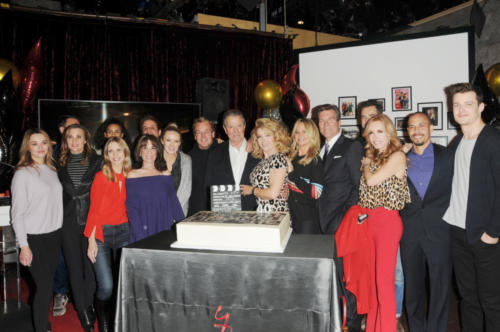 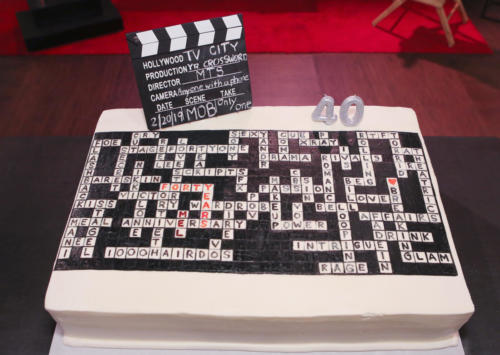 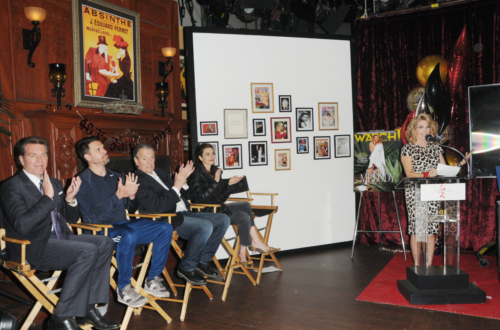 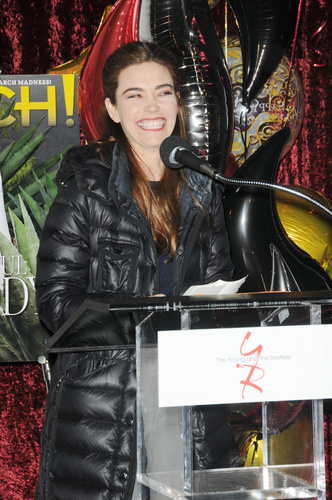 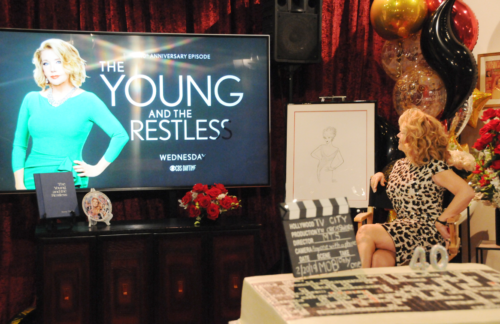 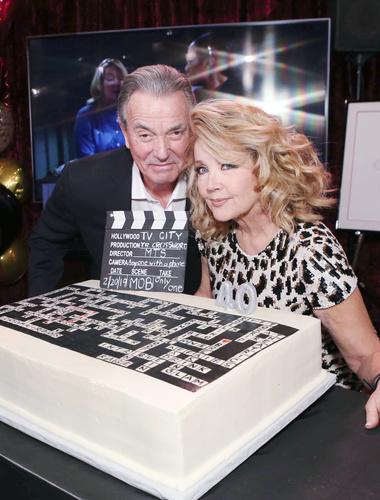 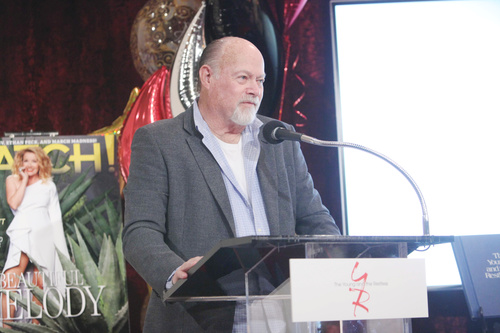 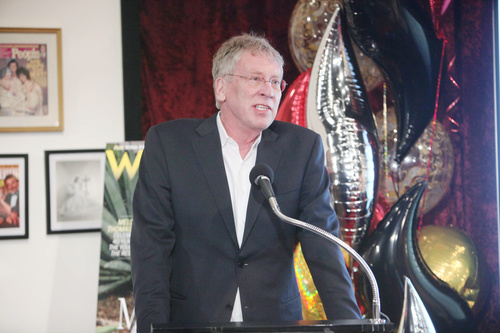 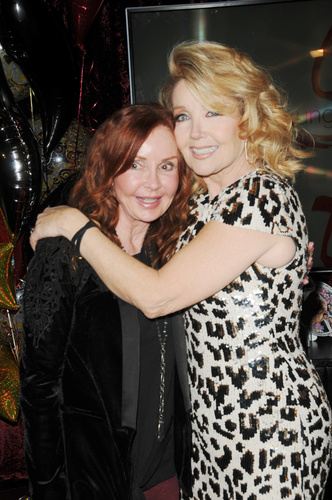 Everyone was thrilled to see Melody's longtime castmate, Doug Davidson back on set and joined by another longtime scene partner, Lauralee Bell.

This Is Your Life Nikki Newman! What Did You Think Of Melody Thomas Scott’s 40th Anniversary Y&R Standalone Episode?

Lovely pictures. Mel looks beautiful. The cake was amazing. Congratulations and thanks for entertaining us!!!

Congratulations to Melody Thomas Scott on her 40th anniversary with the Young and the Restless. I still enjoy watching her now as I have for many years. She remains as beautiful as ever which is an inspiration for me. 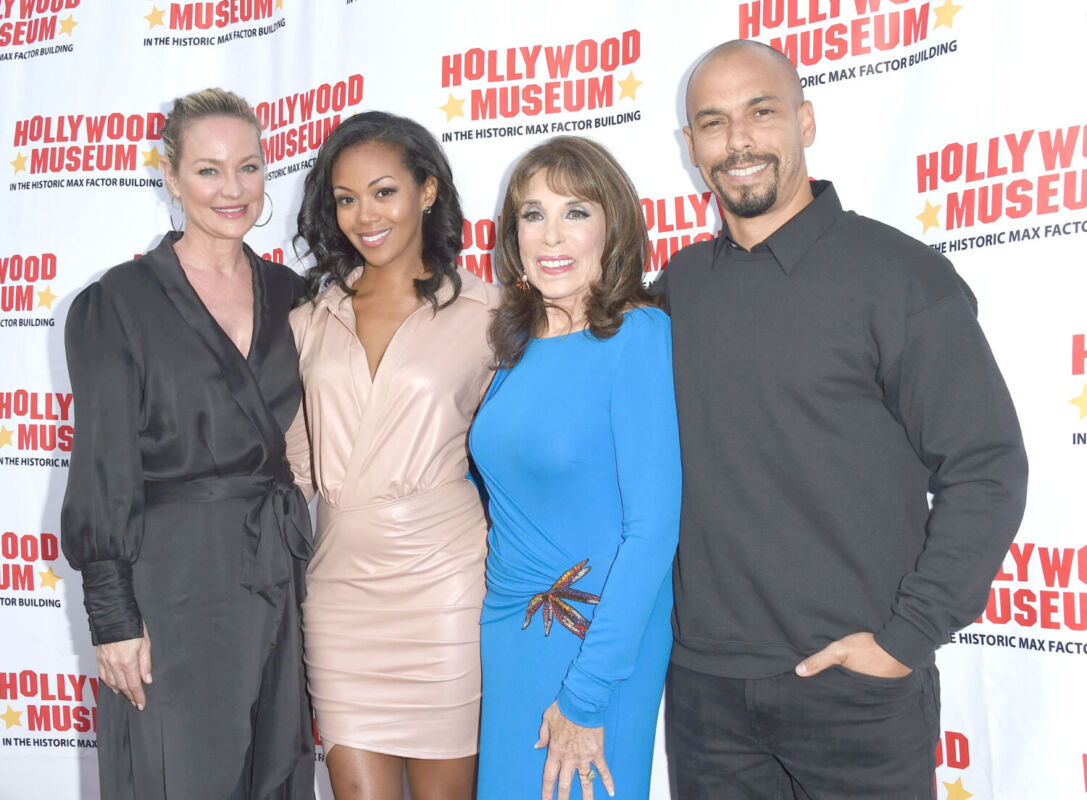 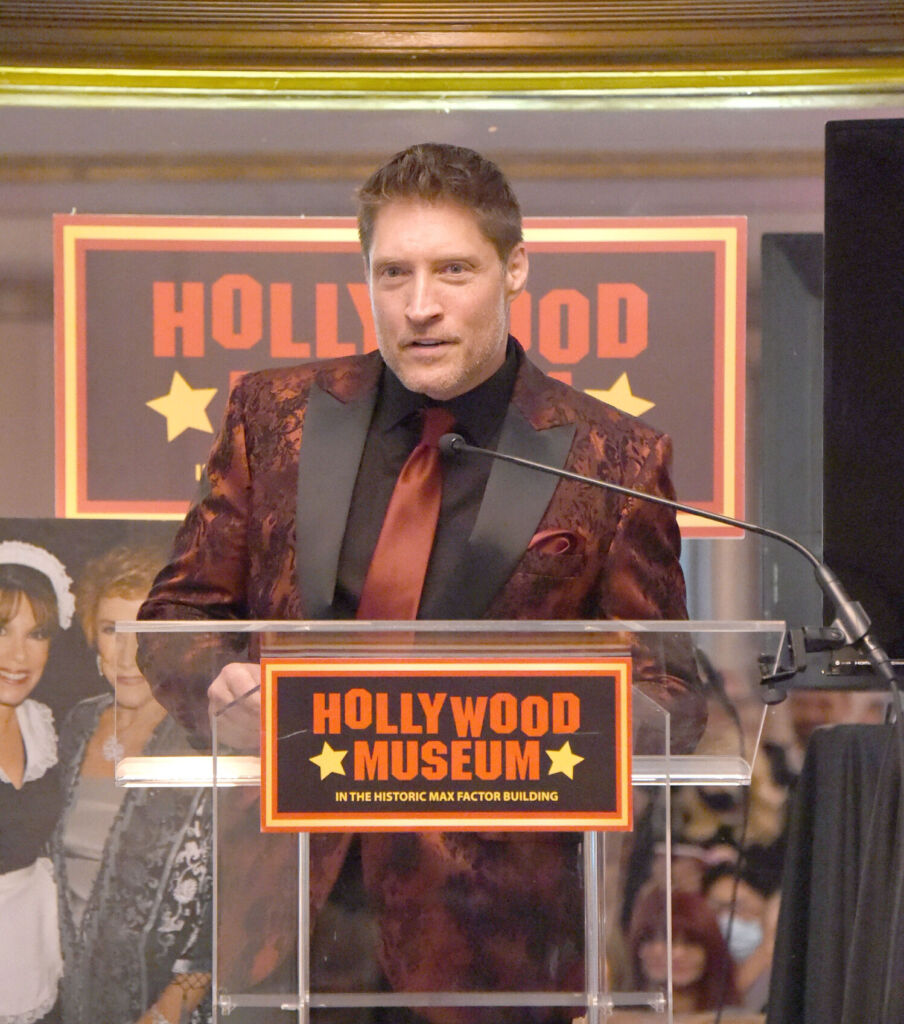 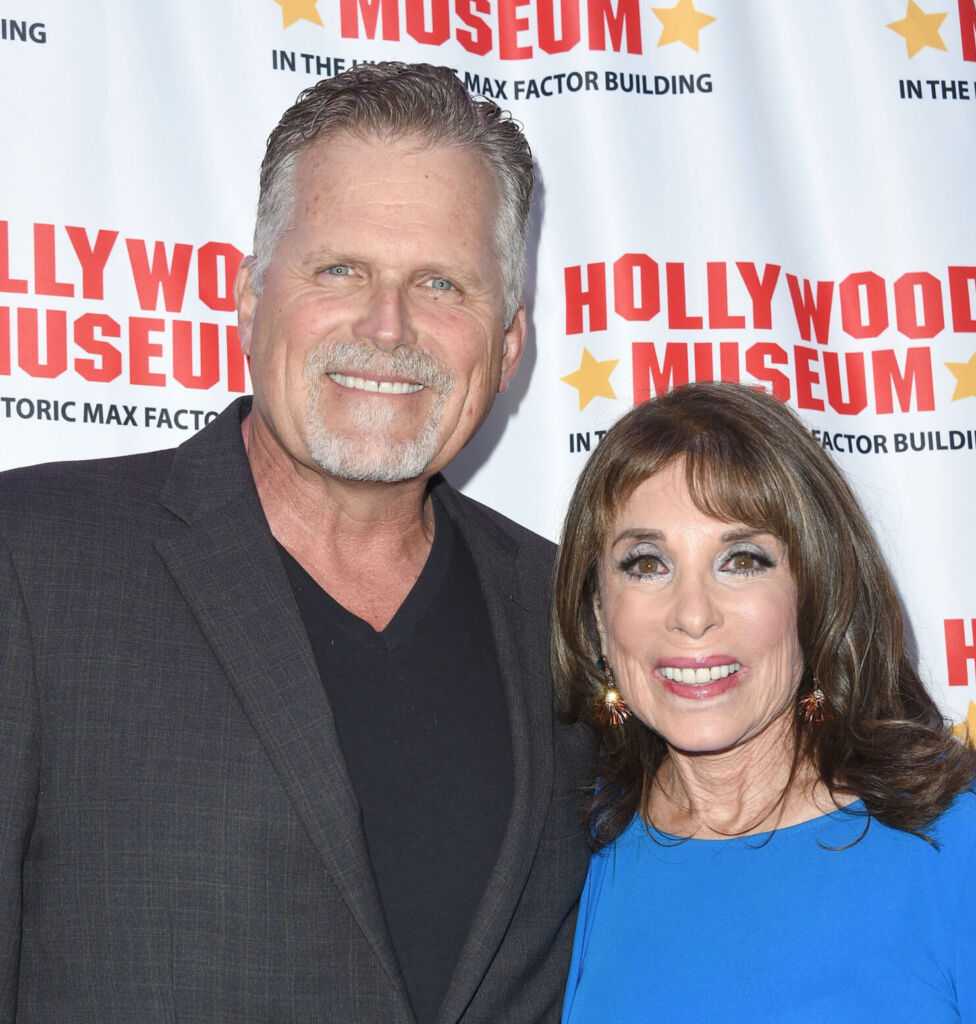 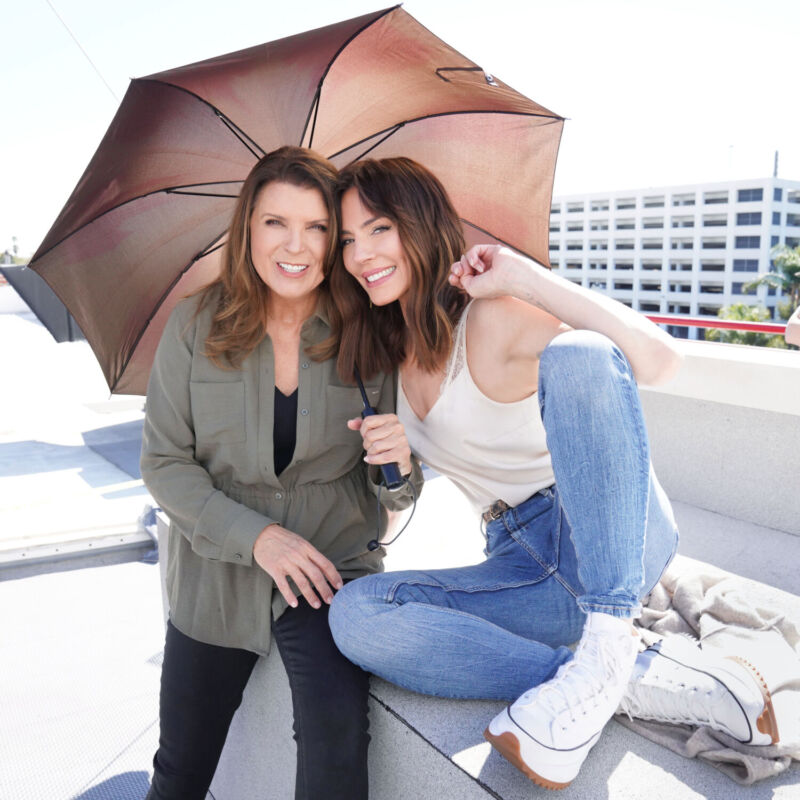 Over the past few days, viewers of The Bold and the Beautiful have witnessed Sheila (Kimberlin Brown) wanting to jump off the hospital rooftop after killing her son, Finn (Tanner Novlan) and shooting Steffy (Jacqueline MacInnes Wood).  In her grief over Finn, Sheila is rocked to her core and it is Taylor (Krista Allen) who stumbles upon the scene trying to talk Sheila down from the ledge.

However, in a shocking turn of events, Taylor goes over the ledge instead and needs Taylor to pull her back up to safety.  Sheila does just that and Taylor is saved.  It now looks as if the women have formed a strong bond, but Taylor has no idea that Sheila is the one who shot her daughter!

In soaps, it’s always a complex day when a show tapes an outdoor or remote portion of a story, especially one that deals with someone going over the ledge of high-story building.  Leave it to the crew, directors, and producers of the soap to pull it off just right.

Check out this behind the scenes photo gallery of just what went on when Krista and Kimberlin taped the major moments for their characters.

Then let us know, what did you think of Sheila wanting to commit suicide, Taylor trying to talk her down and ultimately being the one who goes over the ledge and needs Sheila to save her life? Comment below.

Krista and Kimberlin getting some direction on how Taylor's fall over the building will be taped.
Krista Allen strikes a pose for her stunt double for the day.
BTS birds eye view of the crew taping the pivotal scenes.
ACTION! Sheila and Taylor struggle to survive.
Kimberlin Brown with her stunt double for the day.
Taylor tries to stop Sheila from jumping!
Kimberlin showing how the shot will look on her Iphone.
B&B supervising producer, Casey Kasprzyk watching how the scene goes down.
Kimberlin Brown and Krista Allen on set as they get ready to be the women on the ledge on the CBS soap.
Continue Reading
Advertisement