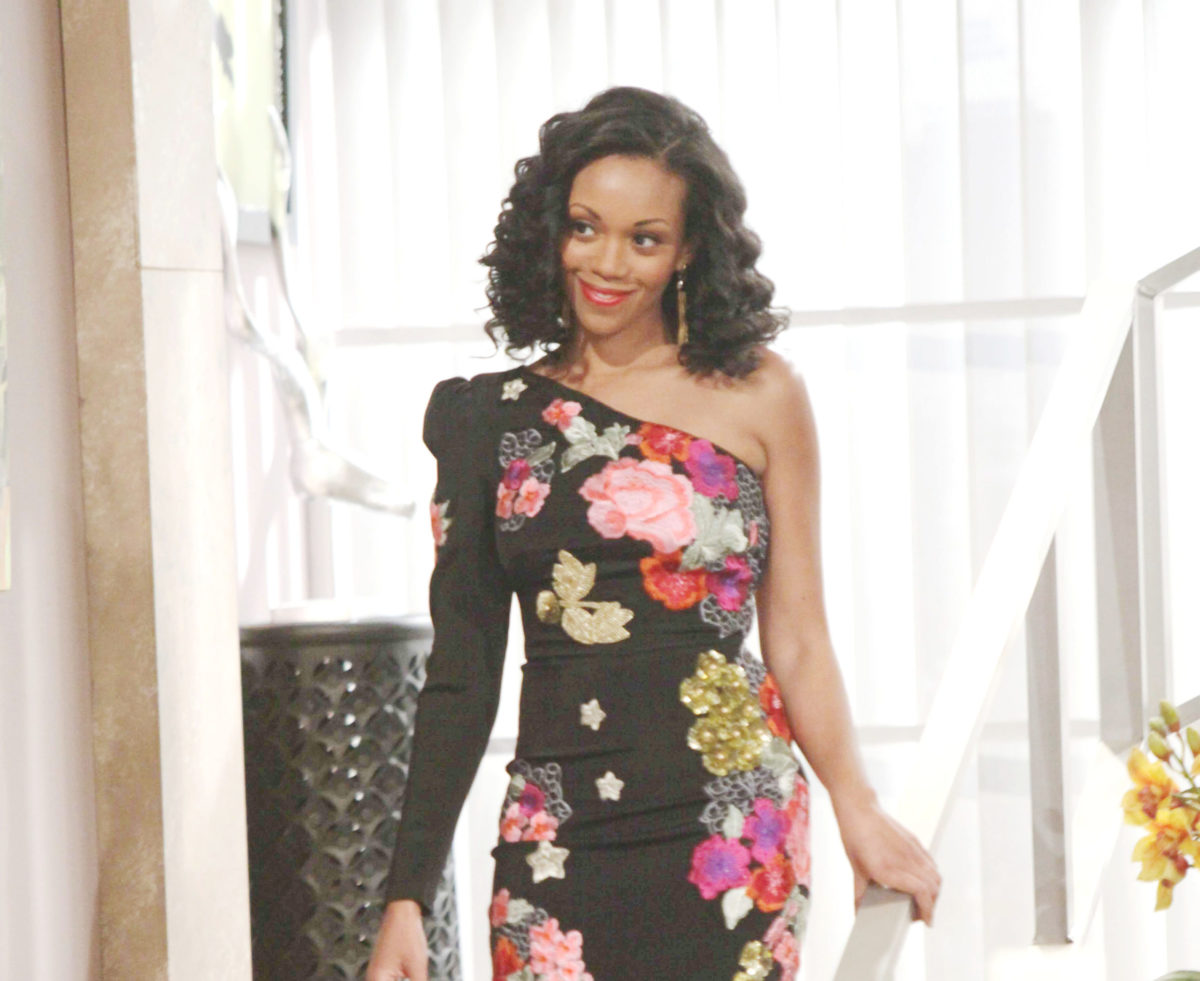 Last week, the soap world was abuzz with the news of the departure of Mishael Morgan, who made the decision to exit her role of Hilary Curtis on The Young and the Restless.  Morgan has played the role for the last five years.

On Monday, Mishael took to social media to confirm her time is over in Genoa City.  On Twitter, she shared: “Yes, it’s true. I am finally able to say, I’m leaving #YR. Thank you for giving me time to find the words. All my love.”

Her goodbye was written on an Instagram post, where Morgan expressed her appreciation for the fans and her co-stars. Ultimately, the actress related that: “There were many factors that led to my decision.  Ultimately. five years just felt right to me.”

Here is what Mishael shared in her message: “It is with a heavy heart that I announce my departure from The Young and The Restless. There were many factors that lead to this decision, but ultimately, five years just felt right to me. I feel blessed to have worked with some of the most talented, hardworking and fun-loving people in television. Thank you to the cast, the crew and everyone at Sony and CBS who made the past five years truly unforgettable. A special thanks to my partner in crime Bryton James, who always brought out the best in both me and Hil. Last but definitely not least, I want to thank all of my amazing fans who have supported me on this journey. Your gifts, love and kindness over the years (and days) have warmed my heart and fueled my soul more than you could ever know. Although my adventure as Hilary Curtis is coming to an end, my work on screen is far from over. This may be a goodbye from Hilary, but I’ll just say ‘see you soon’.  Love Always,  Mishael”

So, what do you think of what Mishael had to say about departing Y&R?  Comment below.

Do what’s best for you I think she is a lovely lady I guess no more black leading ladies in Genoa city ! I grew to like her I think she is very talented but maybe jumping off the titanic is the right thing for her

yes.. because it looks like this titanic is already sinking!… currently it seems that the hilary/ devon story is the only other story besides the constant newman and abbott stories that monopolize the show every day.theres no diversity of characters or colors! we need more minor storylines so the audience doesnt remain bored with victor and jack adnaseum. No Paul, Michael, Lauren , Jill..etc?
As for diversity maybe bring back Leslie,Tyler or Olivia!!

What titanic? General hospital and days of our lives are the titanic.Are you aware that the young and the restless has a higher rating then some nighttime dumb shows.One year ago cbs renewed Y&R for 3 years.They gave 2 year renewals to every other cbs daytime show including B&B which is a complete waste of time since susan flannery quit.Two years from now,the young and the restless will be the last soap standing.The show has to replace the character of hillary.I believe by november they will find another talented african american woman for the role.

Thank you, well said and true. She needs to be replaced.

Her father is Pakistani, her mother is racially mixed (African, Caucasian, Native American).

Just when we’re seeing Hilary at her most vulnerable AND likable…..sad to see you go,best wishes in your future endeavors.

Mishael , has it absolutely right!
5-years is the ‘get out’ time before one would become stereotyped as the character.
After 5 years its hard for a soap actor to move on and up because they are seen as being their character, no changing that.

We will see Mishael in other things, she has a media career ahead of her.

I smell GH in her Near Future! Aunt Stella is going to bring her to town to make sure a certain Wedding doesn’t take place! Jordan & Curtis, don’t even blink!!!

Sorry to see her go..but she has do what is good for herself and her family…good luck to her!

So, so sorry to see Mishael leave! She played the perfect “love to hate” character and she will be missed.
My regret was that Hilary was saddled with Devon, the most boring character on the show! It’s too bad they didn’t pair her with someone with a personality!
Once again, TPTB are short-sighted in not coming to an agreement with Mishael!
I hope the “see you soon” comment means she’s already signed with another show and we really will see her soon!

Devon: the 2 billion dollar pipsqueak… is weak dismal and LACKING. it’s no wonder… Ms. Morgan sees fit to MOVE ON. can’t say that for the actors who portray devon and lily. what a waste of space. as I will continue to ; there is a long long long line of actors who want to act. Mal Young – IS NOT – covering all his bases. letting go one of his best actors. Ms. Morgan: “I wish you ALL the best you deserve success.” I hope you kept a nest egg ..

I guess she knows when enough is enough.

So sorry to hear that she is leaving the show. I have been watching the y & r from the very beginning and thought Mishael was a great addition to the show. She is beautiful and talented. I will miss her but wish her all the best. Not happy with the way it ended.

I think Mishael is an amazing actress and her character kept the boredom and ridiculous recent storylines from becoming unbearable. I have watched Y&R since the first day, and Bill Bell must be turning in his grave because of the stupid and far out storylines that have arisen of late. I’m sure the few extra bucks that Mishael requested would not have broken the CBS bank, and would have prevented an exodus by the fans. Sayonara Young & the Restless.

You will be missed. I wish you could stay.

I think they shud have fought to keep her. She is a good actress, gorgeous and lit a much needed fire. They keep people around that are so easy to fast forward through and let the good ones go. So stupid. I only continue to watch becoz I have watched since it began but overall pretty boring stuff . Lol

She told me in person She was leaving soon

I really miss Hillary and I hope you all would offer her another role on the Young and Restless?