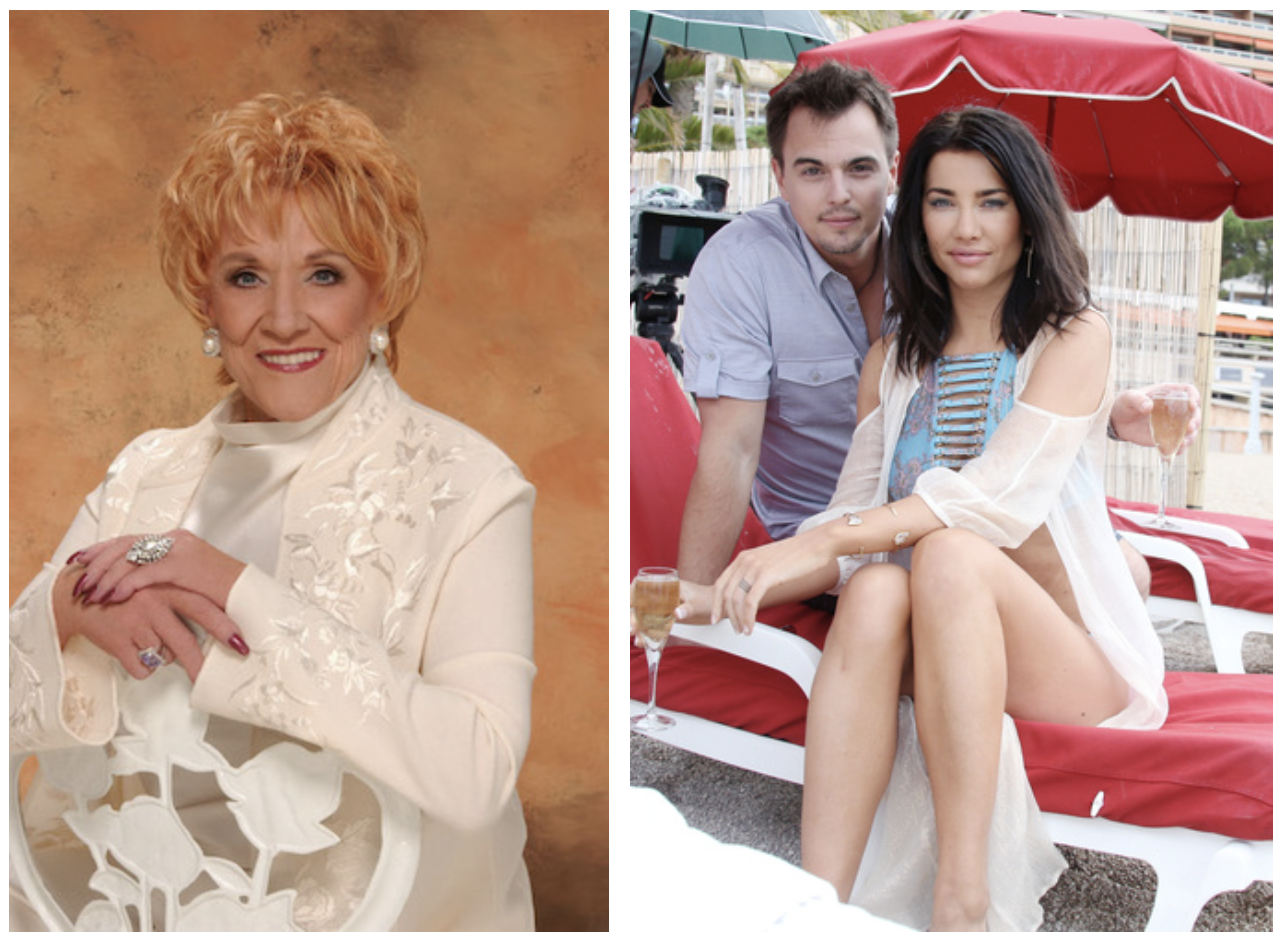 On Monday, CBS announced their plans for the signature soaps, The Young and the Restless and The Bold and the Beautiful at this phase of the COVID-19 pandemic.

At this point in time, the soaps will have run out of original episodes to air as of This Thursday April 23rd.  So in their place for the time being will be more classic episode and theme weeks that new and longtime fans will enjoy.Y&R and B&B are currently in a halt in production as are GH and DAYS due to the coronavirus crisis.

The plan is for the theme weeks to kick-off next Monday April 27th.   The Young and the Restless will start with the grand dame of Genoa City, with episodes surrounding Katherine Chancellor (the late Jeanne Cooper).  In a week called “Katherine the Great”, look for episodes started as far back to 1980.  Longtime cast members will be featured in these classic moments including: Eric Braeden (Victor Newman), Melody Thomas Scott (Nikki Newman), Peter Bergman (Jack Abbott), Tracey Bregman (Lauren Fenmore), Doug Davidson (Paul Williams), Jess Walton (Jill Abbott) and the late Kristoff St. John (Neil Winters).

Ahead of Monday’s them week, this Friday,April 24th,  Y&R will rebroadcast a show from 1996 involving Paul and Christine’s honeymoon, which became quite complicated when Phyllis also arrived on the scene.

In addition, two documentary-style “making of” episodes filmed on location in Monaco will air Monday, April 27 and Tuesday, April 28. These two “Becoming Bold and Beautiful” episodes have never been seen before on CBS, and feature rare, behind-the-scenes footage of cast and crew (including executive producer Bradley Bell) as they shot throughout the enchanting mountainside country. Also, as an early kickoff to the theme week, on Friday, April 24, B&B will air the Monte Carlo-themed episode in which Forrester Creations and Spectra Fashions face off for a fashion showdown benefiting charity.

“It’s incredibly fun to offer fans an opportunity to look back at such memorable moments from Y&R and B&B,” said Amy Reisenbach, CBS’ EVP of Current Programs said in a statement. “Both of these shows have extraordinary legacies, and these specially curated episodes are only a small portion of what we hope to be able to present in the coming weeks.”

The stars of Y&R and B&B will provide bonus content with fresh commentary at the beginning and end of many episodes. Additional “theme weeks” of both series will be announced in the near future.

So, what do you think about the concept of theme weeks to enjoy; until Y&R and B&B can get back in production? Comment below.

TONIGHT: ‘Empire’ Series Finale: How It Will Conclude? Even Taraji P. Henson Says She Doesn’t Know

The Bold and the Beautiful doesn’t sound that interesting. I’ll be watching Classic Concentration on BUZZR.

I forgot Darla and Saul. I’d like to see all the Darla episodes. Early Brooke and Stephanie would be nice too.

I watch Classic Concentration on Buzzer-clean classic fun for the whole family!!!

B&B would not be in this position to have no more episodes left if the show did not give the stars all this time off. They spend more time off the set then on the set. The month of July, 3 weeks at. Christmas, 1 week off every month, 3 weeks spring break. Days of our lives has enough episodes until September.

Days of our Lives has all new episodes through late October.

CBS PLEASE broadcast Y&R episodes from the 70’s with Jaime Lyn Bauer and John McCook and John/Lance’s wicked mother Vanessa Prentiss where Vanessa framed Lori/Laurie by yelling STOP it Lori, STOP, etc and jumps off the balcony making it look/sound like Lori pushed Vanessa off the balcony…And the the party at the Colonnade Room with Lori being introduce along with other’s, CLASSIC Y&R…Regarding B&B, PLEASE show shows from the beginning…

Would love to see Catherine with Phillip Chancellor before they divorced! Her character as Marge was very entertaining! Her son, Brock, and all of her husbands beginning with Phillip. Catherine’s friendship with Jill’s mom! Looking forward to the years going way back. Ive been watching Y&R since the beginning!
.

I’ve been wondering for years why Y&R didn’t employ something like this to draw on its history and, at the same time, keep the costs down of new episodes. You could fill multiple weeks with stuff like this: A week of episodes showing us the background and conflict between Lauren and Sheila (having the two actresses make comments); “favorite” episodes — Melody Thomas Scott picks five of her favorite Nikki episodes and films an intro explaining why she selected it; Tracy Bregman; Doug Davidson (maybe not Eric Braeden since we just had his 40th anniversary show). A week of episodes… Read more »

Y&R and B&B fans should fear the possibility of those soaps never returning with new episodes if enough fans watch the repeats. In the meantime, Days of our Lives has all new episodes for many months to come. If more viewers watch DAYS, it sends a message that soaps (with new episodes) are wanted and needed. Let’s keep the sands going for all the soaps!

B&B needs to stop giving their stars so much time off the B&B stars spend more tine off the set then they do on the set. Days of our lives has plenty of episodes until the fall. B&B could loose some viewers to Days of our lives and they will have no one to blame but themselves for giving the stars so much time of. If B&B was 6 months in advance like they should then they would have to keep showing months of repeat episodes. Repeat episodes might be ok for a week or two but after a while… Read more »

Too bad we can’t get some old episodes of defunct soaps like Guiding Light, As The World Turns and One Life To Live, etc.

I hated all the travel episodes the first time around, not looking forward to their reruns!

Old B&B shows with the current cast? Yawn. I want to see Stephanie going up against Brooke and Sally (Darlene Conley). That was fun stuff. I’m watching Another World on You Tube. Rachel and Janice just fell into the pool with a knife in St. Croix!