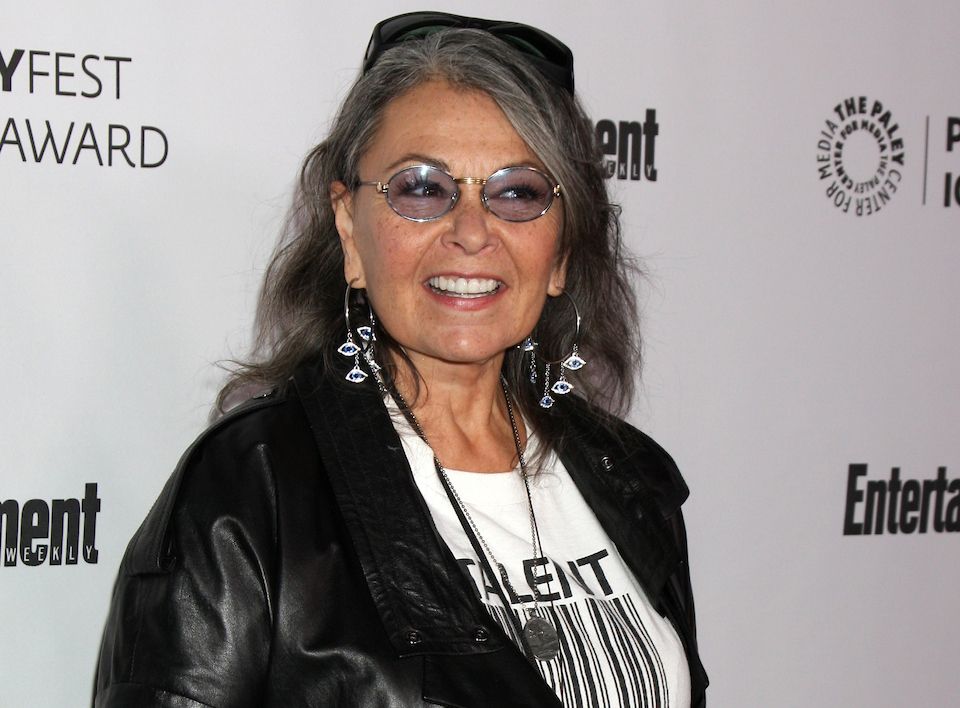 News on Sunday, and to kick off the week, once again was made by Roseanne Barr herself on Twitter.

This time, however, she is not putting out a racist tweet that caused her to lose her sitcom, but instead wanted to alert her fans that she has a TV interview coming up.

Barr stated: “To my wonderful fans who I treasure and love-who have carried me these past weeks when I was 2 weak 2 carry myself: I will be doing a TV interview this week. I’ll tell u about it tomorrow!”

Now everyone is guessing just which show, or outlet, is Roseanne giving her first TV interview, too? Since Roseanne was cancelled the only ‘appearance’ Barr has made is on her friend, Rabbi Shmuley Boteach’s podcast.

ABC recently announced a Roseanne spinoff minus Barr, The Conners, will debut this fall. It will star original cast members: John Goodman, Laurie Metcalf, and Sara Gilbert, along with Lecy Goranson and Michael Fishman.

So, who do you think will be chatting with Roseanne? Who will be interviewing her first on TV? Do you care what she has to say about? Share your thoughts via the comment section below.

General Hospital’s Wedding To Die For: Will Michael’s Plan Succeed Or Be A Major Fail?

Maybe 60 Minutes? Ellen? I do want to watch because even though she had a slip of the tongue (and fingers), I still like her. I don’t want to see her with nothing.

I actually believe that she didn’t realize the woman was black. I’m not sure I would have known by looking at her. Could be that it was an insult, yes, but not a racial one.

I really enjoyed the reboot of her series, and I will watch the interview. (I didn’t care for the original series).

The Talk??? Interviewed by Sarah Gilbert???…..anyway as a person who suffers from depression you can say stupid things on your worse days…i have…and i have been called some terrible stuff since i was five years old…not sure if she should had been dropped from her show or not when others can make a comeback for doing stupid stuff!!!!…not saying it was right what she said, just saying there needs to be support for those who suffer from mental illness!!!

Roseanne can give all the interviews she wants. It doesn’t change the fact that The Conners (minus Roseanne herself) will debut on ABC in the Fall.

Well she did not threaten a child of a sitting President the people in this country have gone mad absolutely mad !

I’ll go with Megyn Kelly, as she’s desperate for ratings and always willing to let a pariah have a platform. No doubt that Roseanne will plead mental illness and be deemed worthy of another (another another) chance.

There have been plenty who have been given another chance. Including many black performers who seem to get away with racist/anti-semitic crap all the time. If we’re going to “punish” people than it needs to be across the board.

My heart doesn’t exactly bleed for a racist millionaire, however she falls into the mix. “Other people do it” isn’t a defense.

I don’t believe she’s racist and I don’t believe she knew the woman was black. As I said on a previous post I wouldn’t have known it had I not been told. I think the “joke” was more insulting to her looks be she white, black or polka dot. With that said, I didn’t say “other people do it is a defense.” What I did say, and feel, is that black people need to be called out for their racist comments, programming, “humor” too. As do anti-semites. There are many actors, rappers, etc who get away with way too much… Read more »

Why do you believe that? Why are you giving her the benefit of the doubt when she has said many racist things before? You can seriously be equating the racism that people of color experience in this country with what rich white people experience? Tell me I’m reading that wrong and that you’re not a racism apologist.

You can keep your name calling and judgments to yourself. I’m not going to get into a “white privilege” conversation with you, I have no idea if you’re white, black, Asian or otherwise. What I WILL tell you is yes, I believe racism goes in many directions. And as a Jewish person, I’ve found many anti-semetic comments made by black people who don’t get called on it. So, they’re allowed to spew anything they want, but if you DARE say something that offends them it’s an assault against humanity. You wanna compare the Holocaust to slavery? Want to compare how… Read more »

Yes, anyone of any class and heritage can be racist and they’re all wrong for it. But this woman has the president’s ear, lots of twitter followers and millions of Americans watching her show. She has influence that the average person does not. Calling up other examples of racism by other people doesn’t change the fact that Roseanne is a racist.

You should be worried about what comes out of the President’s mouth. THAT’s a concern. Breitbart Bannon (though cast out but not off), the alt right (who by the way marched and chanted “Jews shall not replace us” but, that, of course, barely got mentioned.) The Confederate statues and what it represents about slavery somehow overshadowed that the neo nazis were marching in typical Nazi fashion decrying Jews…But, where was the public outcry about that? So, since you agree “anyone of any class, heritage can be racist” maybe you should consider that when a derogatory comment comes out of the… Read more »

Nope. Don’t care. That woman has always had a big mouth. I think she got exactly what she deserved. When she grabbed her crotch and spit after that horrible version of the Star Spangled Banner in San Diego many years ago, that was it for me. I was done with her. I’m glad ABC is done with her too. We have too much hate in this world as it is. Don’t need her using her celebrity status as a pass to insult people anytime she want and getting away with it. I’m she is sorry, but only because she was… Read more »