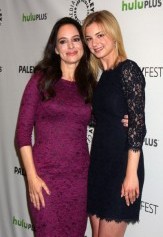 Talk about your hit television series!  The entire cast of ABC’s hit nighttime soapy drama, Revenge took part in the Paley Center For Media’s, PaleyFest 2012 where fans and the media can connect with their favorite stars and television shows through moderated panel discussions and learn some inside scoops and some of the inner-workings of a hit series.

Needless to say the Revenge PaleyFest event was highly attended.   After seeing the stunning cast including Emily VanCamp, Madeline Stowe, Nick Weschler, Josh Bowman, Henry Czerny, Gabriel Mann, Connor Paolo, Christa B. Allen, Ashley Madekwe made their way through the press tent, the actors along with creator, Mike Kelly took to the stage, showed those in attendance at the Saban Theatre a preview of the next episode and gave us some hints to what to look for when all-new episodes of Revenge air in April!

“Obviously, we’re going to end with a cliff-hanger. Heading into the season finale, there will be new drama, new alliances, and a lot more questions, so we have a great launching pad for Season 2,” Mike Kelley indicated to the audience,   Although he knows a renewal is not a guarantee for the show, Kelly reveals that everyone is hopeful.   Now, as far as Daniel Grayson’s murder trial it will not be long and drawn out as some soaps do! “We wrap up the prosecution’s case in the first couple of minutes of Episode 18 and then we launch into the defense of Daniel Grayson.  I believe the trial is done in Episode 19, so we take care of this in short order, Kelly indicated.  In addition, in the next episode Daniel will be beaten to a pulp by prison inmates, only to have it revealed that it was his mother, Victoria, who set the whole thing in motion! Yup, Madeline Stowe  says Victoria does it to protect her son! Thanks Mom!

Daniel will also get wind of the fact that dear Mom and Emily are pretty deceitful women! Josh Bowman detailed,  “He’s going to come to a crossroads about making a decision between good and evil.  He is, after all, a Grayson.”   In which Mike Kelley responded, “He’s no angel.  He shot a guy.  He didn’t have to.  He could have done something different with that moment but he didn’t.”  As well, more about David Clark will be revealed and a Revenge episode circa 2002 is on tap! And, we will learn just how far Emily will go with her plans for revenge.

Now below check out our photo gallery from yesterday’s arrivals with the Cast of Revenge! And come back later this week for On-Air On-Soaps interviews with the stars of the series.

Note: Make sure to click on the NEXT GROUP icon located to the right of the + symbol on the photo gallery. That way you won’t miss an image! Or, you can watch it as a Slideshow!

The Bold and the Beautiful 25th Anniversary Party – Photo Gallery!

This is the BEST new show. It is addicting! And written brilliantly.

Revenge looks a good show, but I won’t watch anything on ABC/D except for GH.
I won’t give ABC my business because they don’t care what I think!

Agree-besides I don’t trust ABC any farther than I could throw them-you love a show & poof-it’s gone, bye-bye. They DO NOT care about us, the viewers.

They dont have a problem keeping all the trash on,they have alot of trashy shows this season and getting rid of brothers and sisters make no sense to me ,they should have put it on earlier.if abc/disney didnt cut corners with the show the last 2 seasons that show would still be on,to bad another network couldnt have taken it.but once your on abc/disney theres no reason to hope for another network to take it cause they wont give up the rights,you are right they are out the door in record time,so why bother investing your time .

I agree one of the best night shows on television but so was OLTL and AMC during the day along with GH.

Oh I just realized who Emily Van Kamp is-she played on Brothers & Sisters which I just got into a few weeks ago on SoapNet-which I can enjoy til March 23-anyway, she is precious! But I still won’t support anything ABC.

keep watching brothers and sisters told you its a dam good show that abc/disney killed.I like emily van kamp to but no go for anything abc/disney,except general hospital.

I think it really is silly to blame a whole network for the mistakes of the few! This is a good show and should be watched no matter what network it is on.

they werent mistakes by a few ,the mistakes at abc/disney is pissing off the stock holders ,thats bad,I would love to be a fly on the wall when that meeting happens ,Wish I could go to where the meeting will be ,which is soon and protest out in front like the rest of my soap fan friends ,the soaps are gone because of greed,and this soap fan will continue to boycott anything on abc/disney except for general hospital,and take my word for it abc/disney hears us and they are paying dearly for the millions of soap fans who will not… Read more »

I do not mean to be rude….but sometimes people take things a bit to far!

oh your not being rude,Im just faithful to my abc soaps, Ive watched them for over 43 years of all my children and one life to live and almost 5o years of general hospital,and the abc/disney prime time shows get canceled in record time ,thats a fact,so If I dont watch whats on there network I will survive,and Im not hurting anyone in my actions so I am not missing anything ,you wrote that sometimes people take things a bit to far ,yes you are right ,thats called heart ,when you believe in something .as long as you dont hurt… Read more »

I actually agreed with you last night. I think my lab top shut down and I didn’t come back to re-posting it. I was explaining to you that the fans of the abc soaps are displaying AND saying in their behavior to the network, ” We have been loyal to you, and U haven’t been loyal to us by canceling our soaps “. The fans don’t know anyone personally to take it out on….. (or their suits might be torn off & fans would be arrested LOL) so they take it out on the network, by right they should. One… Read more »

I want Emily and Daniel to end up together!!!! 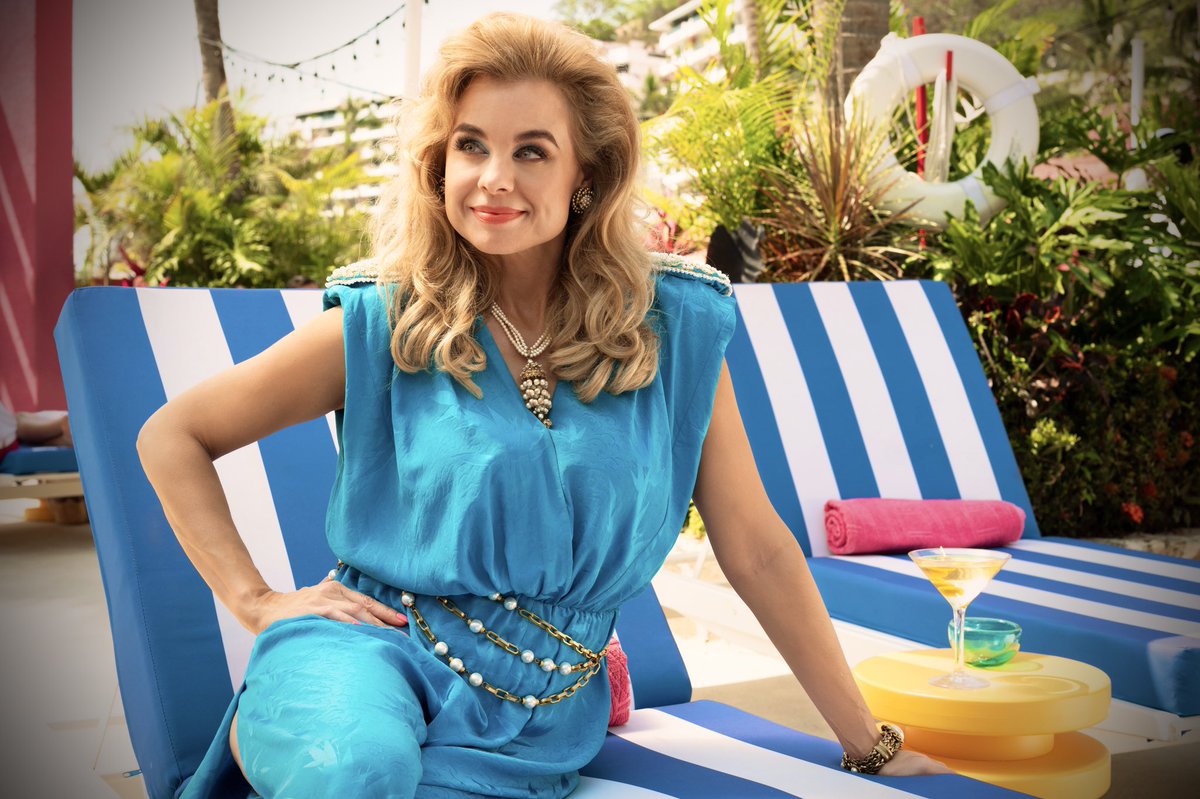