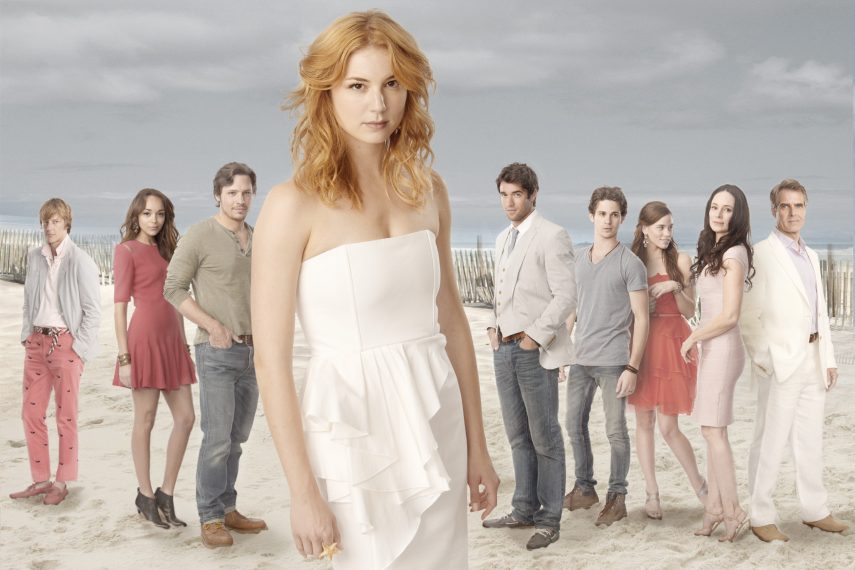 The star of the original Revenge, Emily VanCamp revealed she is all-for the proposed reboot of the series that ABC is developing.   As fans of the primetime soap know, from 2011–2015, VanCamp took on the role of Emily Thorne, a young woman who showed up determined to get payback on a deceitful and corrupt wealthy Hamptons family.

Earlier this week, the news broke of the reboot which would feature one character from the original cast.

When reflecting on her time with the series, Emily added: “That was such a special time in my life. I loved making that show and I think it’s just a great theme. We’ll see what happens. It’s very exciting!”

So, who do you think is the character that is linked to the reboot to tie the story of a young Latinx woman who wants to bring down a pharmaceutical dynasty to avenge her mother’s death, which is the proposed story? Share your thoughts  in the comment section below.

Oh, Was that Emily’s gay friend? I loved him. I think that’s the first time we saw Justin Hartley. I also liked the guy that played Emily’s dad. Good show.

Oh, yes. Violet! THAT was the adorable, charismatic Nolan Ross! He was absolutely my most favorite character on “Revenge” and he could definitely carry a reboot. My only reservation is with the proposed storyline of this new show…sounds like a bunch of pc garbage, which I definitely do not want to watch. What would be preferable is for the pivotal role be filled by Gabriel Mann with a new avenging plot to be fulfilled each week. Sort of like a corporate “REVENGE R US” headed up by the brilliant, cunning Nolan Ross. That would definitely work for me. P.S. Loved Justin Hartley as Patrick! “Revenge” was also my first looky-loo at him and my, oh my! I sure hated seeing him shipped off to Italy for art school.

I watched for the first couple of seasons.

READ MORE
THE BACHELOR: Did Madison Walk Away From Peter For Good?
Continue Reading