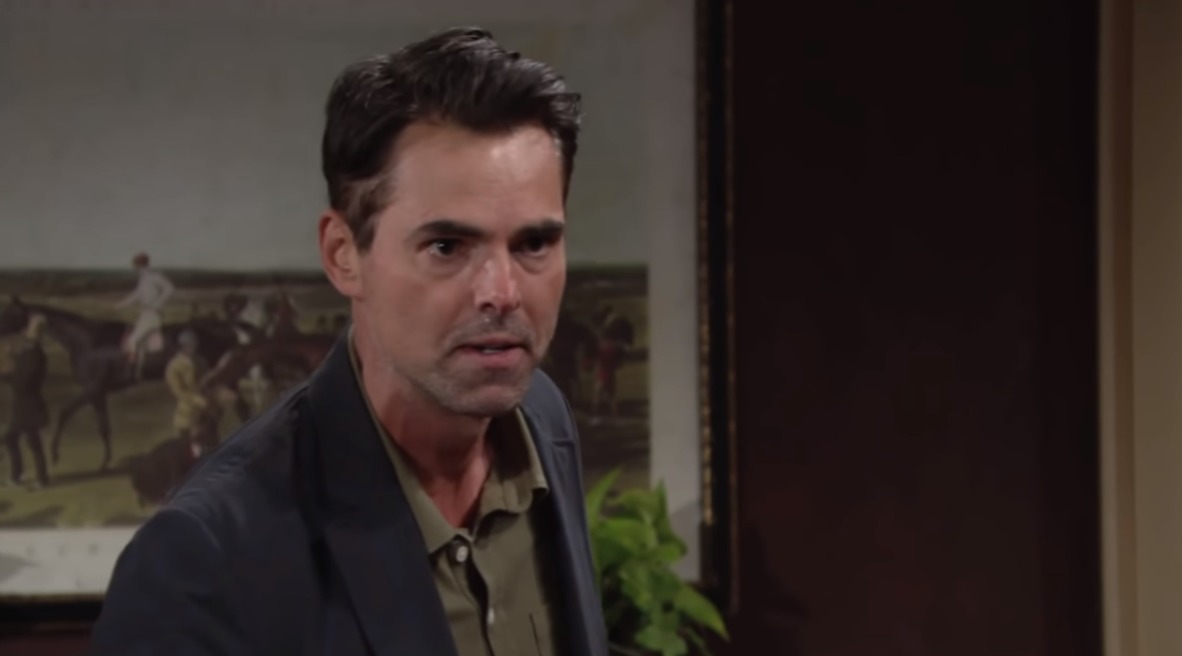 Monday’s episode of The Young and the Restless brought with it another top-notch performance by Jason Thompson as the troubled Billy Abbott – a man who has fallen back into his gambling addiction – just as everything was going so well for him.

As each member of the family tries to plead their case to Billy, eventually it fell on deaf ears. Most essentially, Ashley’s who in sincerity is guilt-ridden for Billy’s downfall, because she has been trying to unseat him as CEO of Jabot. 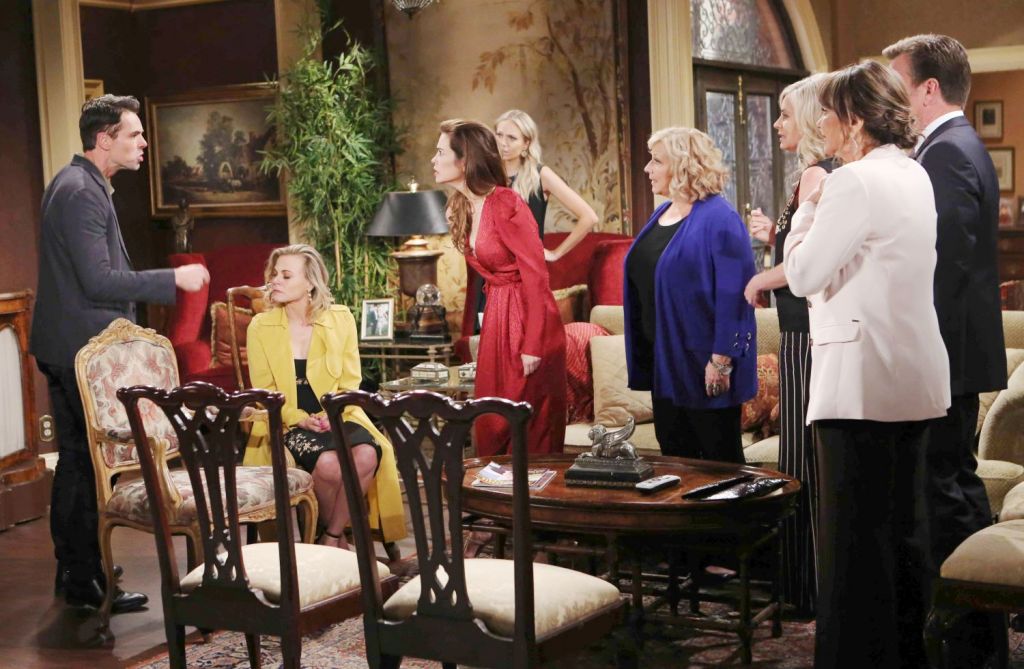 While Jack spoke of the pitfalls of addiction (something he also knows so well), Jill spoke of the time she spent holding vigil over Billy’s hospital bed.

What was so layered in watching Thompson’s performance throughout, is at first ,Billy tries to be sensitive to the always-well-meaning Traci.   He tries to keep it together, while the entire family is relating to him their issue and worry of the dark path he is venturing down.  And just when you think Billy might come to understand and get the trouble he is in, he fires back.

Billy is insulted, humiliated, angry, and betrayed.  The complex emotions cut deep, especially where Ashley is concerned, because he knows she is gunning for his job.

The supporting cast of Y&R in these scenes brought the right amount of drama to give Thompson a playing field to deliver Billy’s plight.  The questions remain: Will Billy save himself?  What will happen to his relationship to Phyllis, who in the final shot of the episode is left devastated?

Share your thoughts on Billy’s intervention below, but first watch the final moments where the family wants him to enter rehab, but Billyrefuses.

Jason is doing an amazing job of a man sitting at the edge of your seat waiting for that win and the crazy spiral when you lose. The way he licks his lips, jumps around and wants to just be sexy with Phyllis to keep her quiet and thinks he’s making her happy.. Gina is doing amazing at trying to be a supportive girlfriend and her body language without words has been key to this performance as well. I really hope Philly make it out of this together and stronger than ever!! They are a fantastic couple and I want… Read more »

Jason has been thrilling in his portrayal of Billy has he teters on the edge of the deep end!.. he has turned Billy into a adult man especially since Billy miller was very childish and wouldnt have the chops to pull off a standoff against the Abbotts. Imo. Jason is a force especially to hold his own against Jess, Peter, Beth, and Eileen . Even Amelie was on her game. These are y n r royalty. Kyle has grown into a valuable rookie too.
Scenes like these prove that the Abbotts are everything about y n r. Period .

I’m just not invested in this storyline. Once Eileen wraps up her exit, I’ll be done with the show. It’s unfortunate.

Well, not a fan of NuBilly or Fake Fillis BUT the intervention was good BECAUSE the viewers were back in the Abbott living room, the dialogue was good, each character reading their lines and passing the next lines off to the next character and its good to see Eileen get to go out with some possible meat to a story that might someday bring her back.

While I’ve grown to accept Gina as Phyllis, I agree with you, Timmm. It was a great volley for actors/Abbotts at the top of their game. To me Mr. Thompson was the same snarky, angry without a cause version of Billy we’ve seen already. But Beth Maitland and Eileen Davidson were deeply moving and Ashley’s departure will be a sad day for me.

Why should I care about the climax of an underdeveloped plot where most of the action took place off camera?

I am luvin Jason as Billy !!
He is much better as Billy than he was Patric.
He made a great move!
and Y&R uses him every day and GH wasted him..
Jason is more powerful as Billy than he ever was a Patric..