Mark your calendars for a very special segment on the soaps, when E! News delivers their Daytime Drama deep dive on Thursday, May 23 hosted by Giuliana Rancic and Jason Kennedy at 7pm-8pm ET/PT on cable’s E!

Look for set visits, interviews, retro clips, and more with some of the most famous and enduring characters in the genre.  Here’s just a sample of what to watch for:

When E! News visit the set of Y&R, Eric Braeden recounts the time Victor was feeding his wife Julia’s lover trapped in the basement dead rat; while Tracey Bregman (Lauren) reflects on why the viewers love the relationships and families in Genoa City.

In Salem and Days of our Lives, E! chats with series staples: Kristian Alfonso (Hope), then Deidre Hall (Marlena) and Drake Hogestyn (John).  Deidre reveals “possession will be on my tombstone” in terms of Marlena’s most infamous story of all-time when the good doc was possessed by Satan, while the beloved duo discuss why daytime is the best job to have.  Alfonso talks on the history of her character sharing: “I am going to hold near and dear to my heart the beginnings of Hope. And the adventure and the romance of Bo and Hope”. 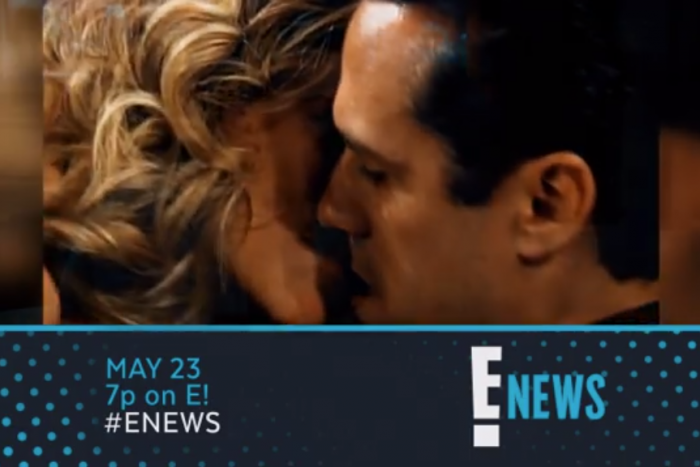 Teschner remembers: “Meghan Markle actually had her first speaking role in television on General Hospital.  She worked on the show in the background as a nurse, and we brought her up to read her to see if there was something there.”

Steve Burton chats on the craziest story he has ever played as Jason Morgan, revealing, “The one that always pops into my head is we had to go catch a monkey that had a virus, and I said to Laura (Wright) I think this is probably the end of my career today.”

The E! News special segment will show nostalgic clips from all the daytime dramas, including Luke and Laura’s wedding on GH, Marlena’s possession from DAYS, and some of Victor’s nefarious schemes from Y&R.

Check out the promo below.  Then, let us know if you will be checking out the ‘deep dive’ this Thursday via the comment section below.

I’ll definitely watch and let E! know I did ~ because I’m sure they aren’t counting me. I want them to know (any channel that supports soaps) that I am ONLY watching because they’re promoting the genre in some way. Viva les soaps!

I don’t think I was born when the devil too possession of Marlena’s soul…… so, I am glad I don’t remember that fallacy, albeit I heard enough from my grandmother. So dumb!! Another dumb piece of script is Eve as the Commish….seriously?? What is wrong with this writing staff? Does Eve even have permission to carry a gun? She has no knowledge of law….now instruction…..no experience to go from a laymam ( oops, excuse me…LayWOMAN….we don’t want to step on anyone’s toes) to police chief?? C’mon, now!!!!!! Why do they treat their audience like a mindless child? This idiocy would… Read more »

You really should look up those old Marlena scenes. Not to brag, but I think it was some of my best work! I really enjoyed my vacation in Salem. As far as faux-Eve being named “commissioner”, it’s meant to be a ridiculous appointment. ReRon is attempting political satire here, and it’s obvious who Jack is a parody of. And that guy’s cabinet appointments have all been exactly as qualified as faux-Eve. Whether ReRon succeeds in his political satire is a whole other matter, of course. Now that he’s already moving on with another one of his dumb latex mask plots… Read more »

I find no interest immersing myself within the supernatural….I’ll have nightmares. I can’t watch that stuff—movies etc. I am serious. I’m a big baby, I know!! As far as political satire, “ReRon” is failing miserably. I don’t see the “sick” humor–this coming from moi….I have a warped sense of humor. Thus, if it “ain’t” working for me, then he needs to take a few courses in Humanities–“Shakespeare”, “Moliere”” , Mark Russell ( political satirist non-pareil) etc. This is a shoddy job, trying to make the ridiculous pass as unadulterated ridiculous. Political satire should be esoterically projected. Alas, this piece of… Read more »

I was watching old clips of Guiding Light last night. Our “stories” used to have such adventure and romance. We cared for the characters. NO MORE. It’s so sad, how our shows have been dwindled down to hiring boyfriends in the parking lot. I love the romance of Bo and Hope, Doc and John, and so many others.

On another note, there is nothing “there” with Markle. She’s an opportunist. She is NO Princess Diana or Kate.

Agreed, DMRR… all of it!! As far as the dubious Windsor princess, I read somewhere that she had asked a “London” friend to introduce her to a famous Englishman of means. It was an orchestrated meeting. She got lucky, or not. Whatever turns her on, I guess. I hope she’s happy. Thst’s what’s most important. What is pathetic to me is that when the original movie was televised ( soon after their engagement became official), we were made to believe ( NOT) that “the opportunist” had no idea who Harry was. Right!! My five-year old knows who Harry is. He… Read more »

I love lucas and sami. Hope to have them back as a family with all 4 kids.