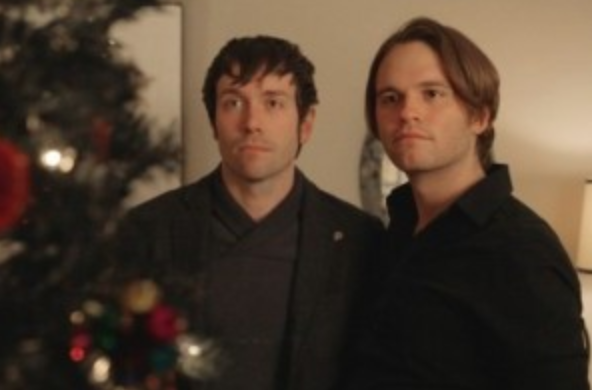 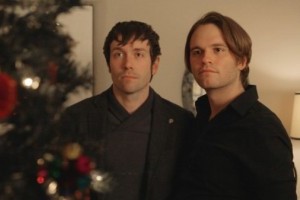 Today series creator, Kit Williamson released the first installment of his new web series EastSiders, which tells the story of a four-year relationship between Williamson’s Cal and As the World Turns favorite Van Hansis as Thom, where, from the very first frame, we learn something has gone amiss.

You see, Thom had cheated on Cal, and as the first webisode plays out, the story gets more emotionally riveting as we are introduced to the man that Thom cheated with, and the fallout that is the driving force of this raw and realistic look at the not-so-pleasant side of gay love. But whether you are gay or straight, the themes in this story are universal, and the performances by Hansis (one of the finest actors out there) and Williamson (who will break your heart in this) will leave you beyond impressed!

On-Air On-Soaps Michael Fairman caught up with Van Hansis and Kit Williamson for a new piece for Frontiers LA out today just in time for the series premiere, where the stars talk about what makes EastSiders stand apart from the rest of web series fare, and especially those involving a gay love story!  Here are a few excerpts from the Frontiers LA piece below with the in-depth full interview coming next week right here at On-Air On-Soaps!

Van on if he had a bit of trepidation when he heard EastSiders was a gay web series, and how he felt tackling another serialized gay role two and half years after ATWT had ended.  “When I got the script and was contacted about it, you hear ‘gay web series’ and you think, either it’s people ripping off their shirts and showing their six-packs, or crying about coming out. So when I was contacted, they said, “Would you be interested in this?” And I said I need to read the script because I do not want to do something that is a bunch of guys sitting around in a steam room. Good for you, if that is what you are interested in telling, but that is not what I am interested in telling. I am not interested in stuff that is easy. Luke on ATWT was crying about coming out seven years ago, that’s over. I got the script and it was so real and so multifaceted.  Then I felt so guilty of having a preconceived notion of what a gay web series is, because that was me judging something I didn’t know anything about. ”

Kit on having Van Hansis associated with his project and cast in the key role of Thom: “From the second I knew Van was reading the script, it was one of those things where I did not want to permit myself to think that he would do it,” revealed Kit. “I did not have any idea that I would be able to attract an actor of Van’s quality and caliber to my project, that has very much been my passion project that I have been driving forward out of sheer force of will. The fact that we have him on board is beyond amazing to me. It really feels like a fairy tale experience for me with this being my first time directing, too.”

Van weighing on on what has gone wrong in the relationship between Thom and Cal! “I think Thom is very frustrated in his relationship. He loves Cal very much, but obviously something brings him to the point of cheating. I don’t think there is any relationship where one partner cheats on the other and you can call that a healthy relationship. The cheating is a symptom. Thom and Cal have been together for four years. The honeymoon is over. I think they love each other, but I don’t know if they know how to be in love with each other.”

Kit teasing what viewers should look for as the series throughline after watching the first installment:  “You’re left with a dramatic question that will be explored throughout the series, which is: Will they, and can they, stay together through this? And, is their relationship strong enough to weather being changed in a fundamental way?”

Now beloe watch the premiere of EastSiders with Van and Kit, and let us know what you think!

“But whether you are gay or straight, the themes in this story are universal” majority of hollywood writers and showrunners and executives never seem to apply this kind of thinking to racial minority storylines. hollywood treats white chars better bec hollywood expects the audience to accept any storyline that’s told from a white character’s perspective. this is a manifestation of white privilege and a form of discrimination against people of color. hollywood thinks that only white chars are “universal” and can appeal to an entire audience. yet hollywood writes racial minority characters for “niche” audiences that are not “universal” and… Read more »

eh, it was just ok. and I was a nuke fan so don’t jump all over me!

Thumbs up. Look forward to watching this!

Will probably watch again. I wasn’t overwhelmed but, willing to give it a chance.

As a Van fan I was expecting more but was a bit underwhelmed. It’s a good storyline to be explored given how relationships are these days, but not crazy about the cast…other than Van.

I don’t think that VH will ever have the on screen chemistry that he had with ESS as Luke and Reid on ATWT, with any other actor. LuRe was pure magic; too bad, that the LuRe romance was cut short by the feeble minds of CG and JP.

I got lost, but hoping it will pick up. Focus on Van, he will bring the drama!

There’s no chemistry, I don’t get it and I probably never will, but it’s “universal”, so what do I know.