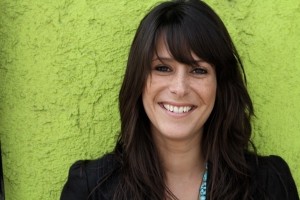 Kimberly has announced two exciting pieces of news today for fans who are following the progress and are interested in being part of the film process!  First, for just a $2 donation tot he Indiegogo campaign for Creve Coeur, MO. , your name will be automatically entered into a drawing to win a speaking role in the film! Winner will be picked at random and announced at the end of the fundraising campaign.

But here is another great perk of the $2 donation! Let’s say you don’t want to be on-camera, and you are picked as the winner of the drawing, Kimberly is offering a picnic lunch with her and other available cast members of the film! It’s a win-win if you ask us and for only a couple of bucks donation!

Now speaking of cast! Kimberly is  thrilled to announce Disney star Bella Thorne @BellaThorne is now attached to the project to play the lead role of “Alex” !  Bella is known for her work on Shake It Up!, and is currently filming Adam Sandler’s motion picture Blended!

McCullough said on the casting of Thorne:  “We are looking forward to getting this movie funded and Bella up on the big screen. She is an incredible talent and we feel so lucky to have her on board.”

To get Creve Couer, MO made it into a feature, Kimberly needs to raise $100,000 and right now she is near $30,000, so this is your chance to help her dream project come to life with some exciting perks along the way.  For more on the project, follow them on Twitter @crevecouerfilm!

Now, watch the fundraising drive promo of McCullough discussing Creve Couer, MO to learn more about it after the jump! Then, let us know if you would love a picnic with, or to get a role in film with  …. Ms.  McCullough? And what you think of the premise of the film? Intriguing?

THIS WEEK ON GH: Felix Demands to Know, "Is Britt's Baby Patrick's Or Not?"

The video is very cleverly done and they look like they are having fun! I am so happy for Kimberly and know she will do a fabulous job with the film! I am not interested in winning anything… just wish her the best and would love to have her back on GH for however long she can spare! Best of luck with the film!