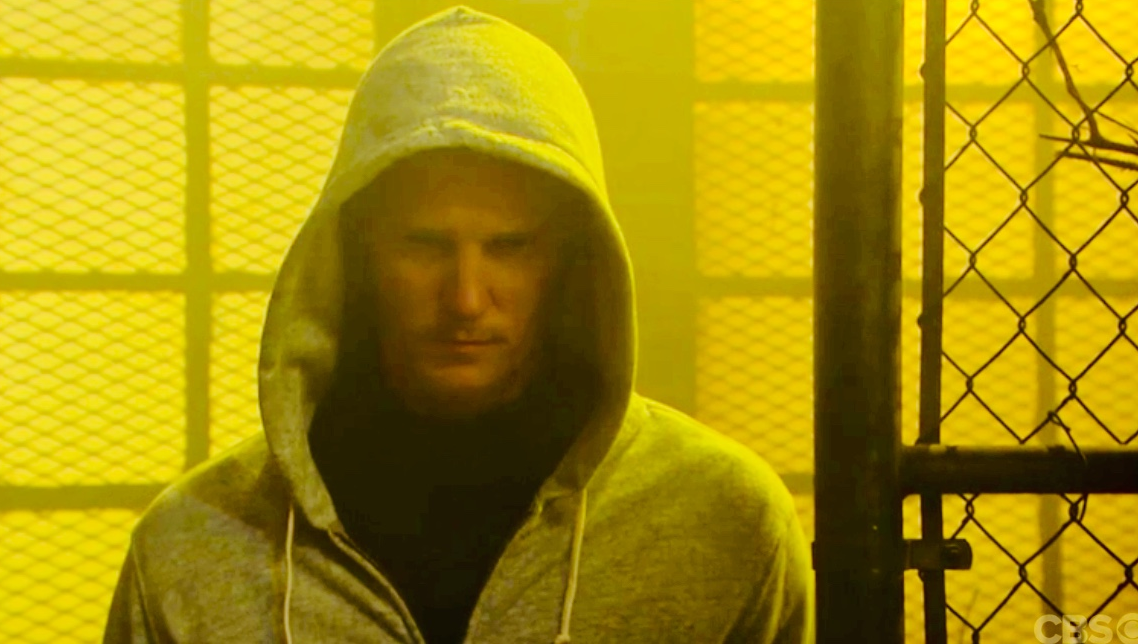 Well, well, well!  From the looks of this video teaser from The Young and the Restless, it appears that J.T. (Thad Luckinbill) is very much alive and is ready to settle the score with Victor Newman (Eric Braeden) once and for all! But is that what is really going on here?

This past week saw Sharon (Sharon Case) and Nikki (Melody Thomas Scott) freaking out after getting a glimpse of J.T. in a hoodie, which left fans of the top-rated series questioning whether everyone is being gaslighted by someone, or if J.T. is actually alive.

Now, in this sneak peek for Friday’s episode, Victor meets up with J.T. and says, “I’ve been waiting for this moment.”  But could this be someone Victor is in cahoots with? We have certainly seen that happen before.

Watch the clip below, and let us know what you think will happen next between these two men via the comment section below.

I know this is a long shot but It would be awesome if this were Adam in a mask. Preferably Michael Muhney 🙂

That would be awesome!

It couldn’t be the gorgeous, brilliant Mr. Muhney, Joe. My birthday isn’t until August.

Its Nick in a mask!! It’s kind of a GH twist, but Nick’s motivation is clear and it is a killer story twist!!!

I think it’s Nick. I think this is his TAKE DOWN of Victor.

This has to be the real deal. The ladies who thought they had killed J.T. would end up in prison if there really had been a death. This was the only way this story could have been written as far as I can see.

It’s time American soaps STOP with the fake outdoor sets and over the top Hollywood score.

It wouldn”t surprise me if he is another doppelganger that Victor has hired. Let’s count them: Patty Williams, Mariah Copeland and Marco Annicelli. Yeah, totally possible.

Oh, Lew, that’s my fear also…a J.T. twin. Maybe this one will use less hair product.

Yes & he will have confrontation with him possibly holding him hostage during the months that Victor is promoting his real life book.

That wasn’t enough to draw a conclusion!

It is because of plot-driven nonsense like this that the ratings and demos for “Y & R” continue to spiral downward – this shizz has been done before and BETTER!!

It’s luckinbill finishing this story ! Just one question how did this become all about Victor again? What could have been a good story is now become a lengthy sitcom that scream of Sharon & Nikki was sad to wstch

Well just heard what happens I am disgusted beyond belief

What if Victor shoots “J.T.” then discovers it’s really Nick!!! But I’m truly hoping J.T. is alive, In this case Victor
deserves his pound of flesh!!!
Plus our girls behind bars… Phyllis would be the only survivor LOL

Would be fine with it being Michael Muhney and Victor kills Adam. For real, this time!

I think it is Zach! Back for revenge on the Newmans.

The character of Adam is GONE mm had his day in the sun as did JH but it is over my gosh you can write good stories for existing actors start reading up on characters flesh them out or yes you will go down the drain and call the actors aside and talk to them this eyes rolling these smirks any actor worth his salt leaves it at the door and acts! Gosh please watch Michael Zaslow/ Roger Thorpe in guiding light a absolute master of his craft

Nicholas will never be Victor

No, thank goodness, Nick will never be Victor, but the old man taught him a lot over the years, and maybe Nick will make his father proud, using some of the lessons he learned.

Getting a wee bit ridiculous.

“JT” ripped off his mask and it’s Nick!!

Because this show has become a plot driven mess, I’m guessing it’s Nick in a J.T. mask despite the fact it would be totally out of character for Nick to do something that would cause his beloved sister Victoria anxiety over her violent ex’s potential return.

My money is on J.T. for the win. Hey…it doesn’t hurt to dream…lol.

It’s Nick! But I was kinda wishing it was Adam!

I suspected Nick was behind the Newman sabotage but the mask was a nice touch I didn’t expect. Victor deserved every bit of this and more. I can’t wait to see where it leads. Nick has never been sexier than today when he outwitted the Stache. I just hope it doesn’t backfire on him like it always seems to with Jack’s victories. Now Miss Nikki (aka Granny Hot Pants) can express her “righteous” indignation over a situation she helped create with her “Stand By Your Man” routine (no offense to the fantastic Tammy Wynette). Can’t wait to see Victoria’s reaction. 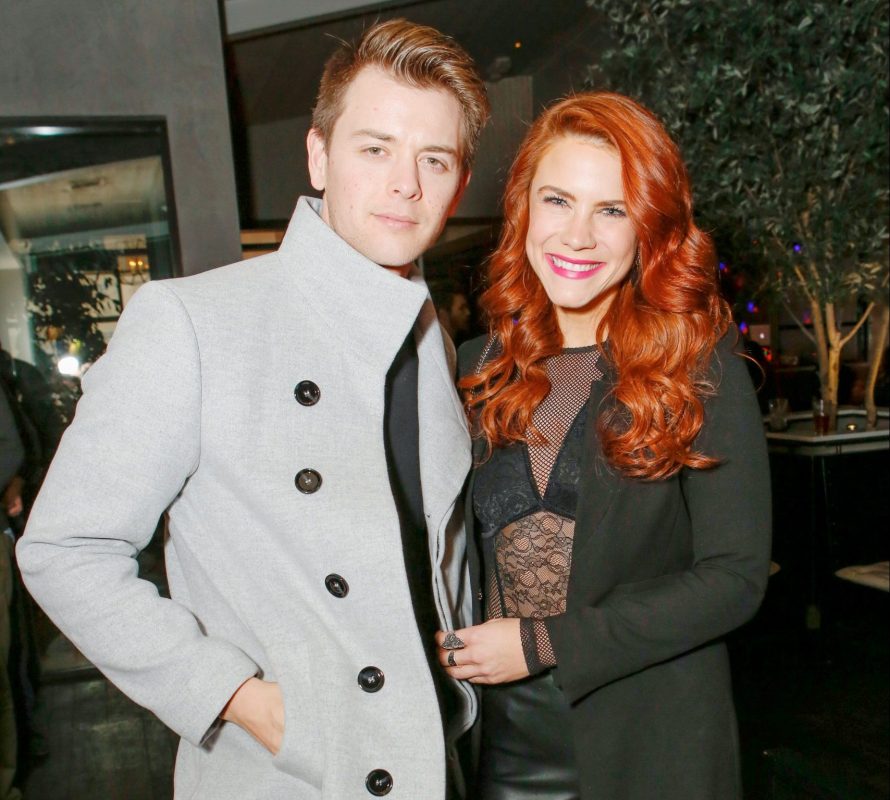 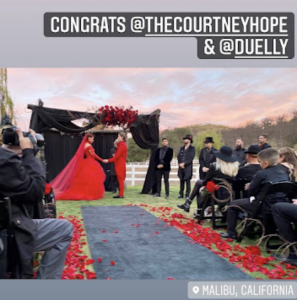 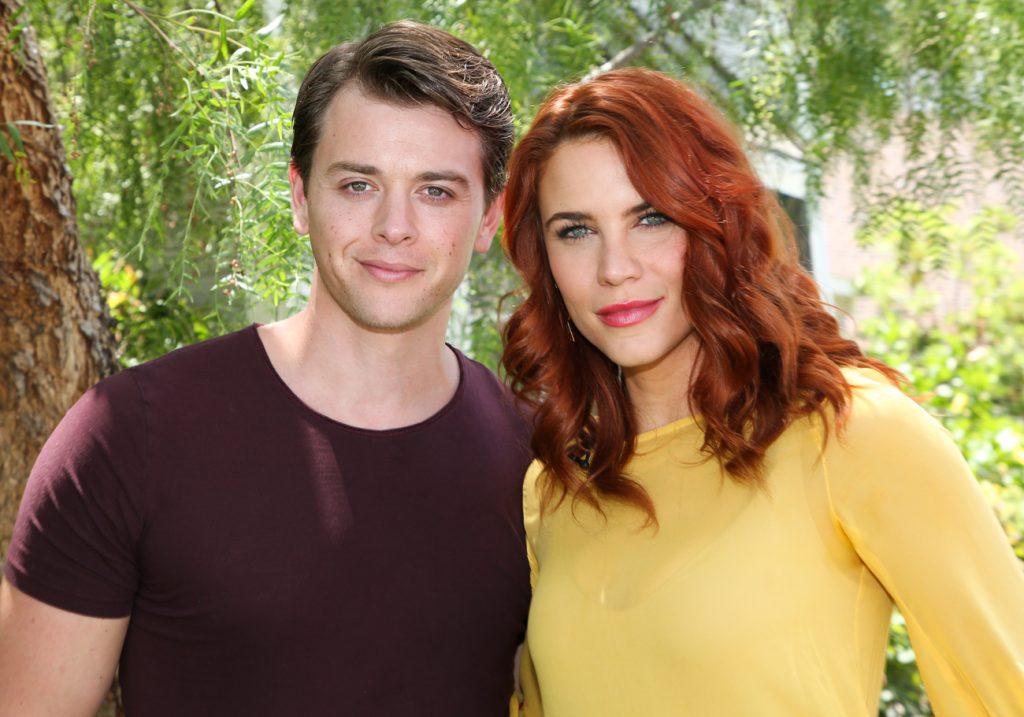 This weekend, The Young and the Restless Courtney Hope (Sally), is set to walk down the aisle and marry the love of her life, General Hospital’s Chad Duell (Michael).  The nuptials are to take place this Saturday, October 23rd according to the wedding planner Zola.

Ahead of the popular soap duo’s vows, Courtney asked some of her Y&R co-stars advice, but as their characters in a very cute Instagram video on The Young and the Restless IG account with the accompanying text: “Marriage advice you don’t normally hear… as told by the #YR stars 😉 A special thank you to our real-life bride-to-be @TheCourtneyHope for asking! 😂”

In terms of advice, Amelie Heinle told Hope, “As Victoria Newman, I would say that you need to marry a man that is not going to be around for very long, and especially if he has a lot of money.”

Christel Khalil offered up some Lily marital suggestions: “Don’t let your husband let you think that he’s dead and that you’ve slept with a ghost!”

As for Courtney and Chad, the couple had been dating for five years, and this past Valentine’s Day, they became engaged.

Please share your well-wishes to Courtney and Chad as they embark on their life together via the comment section below, and let us know what you think of the marital advice given to Hope from the citizens of Genoa City.

You can check out the video below, and then take a look back at our interview with the duo on the red carpet back at the 46th annual Daytime Emmys Awards. 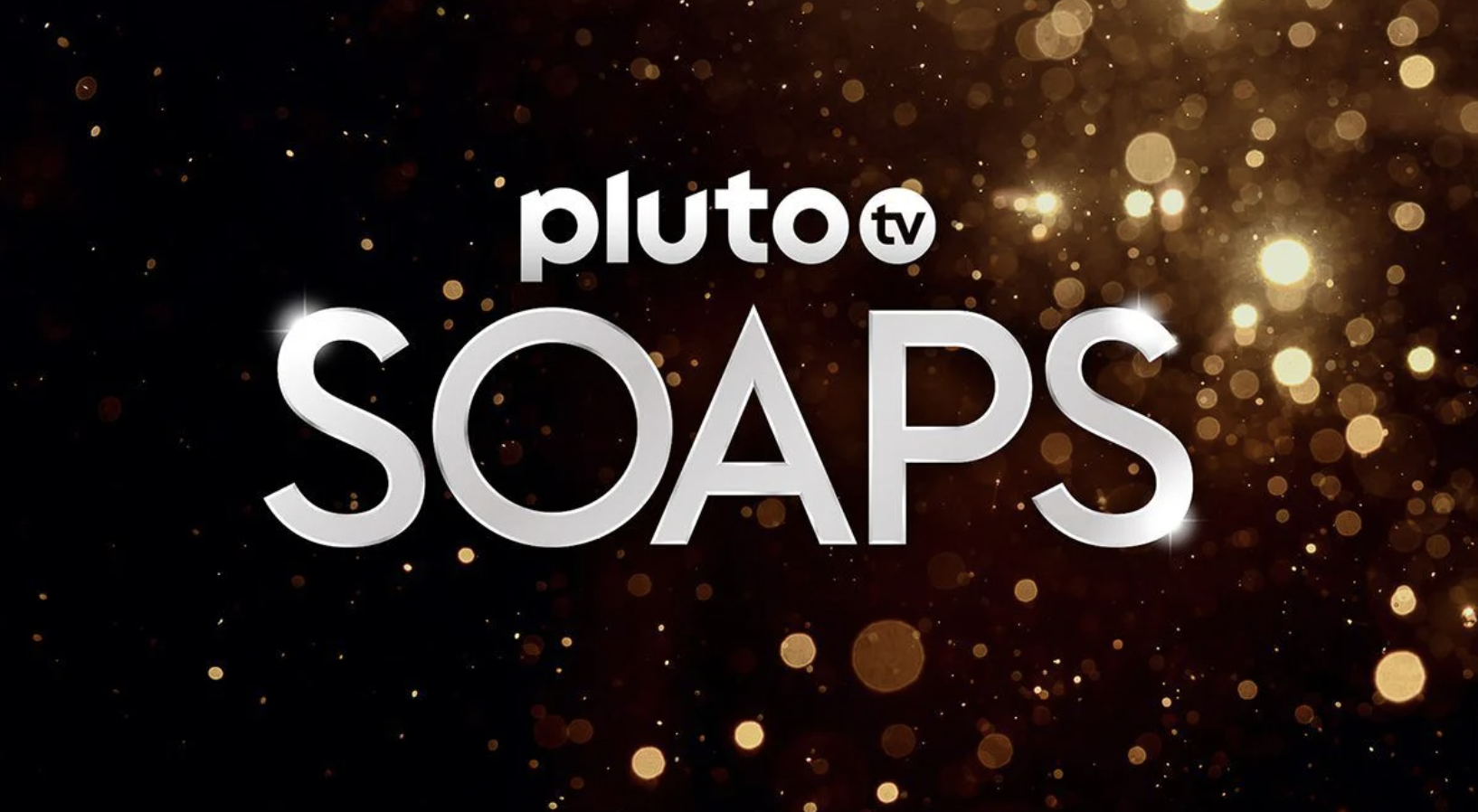