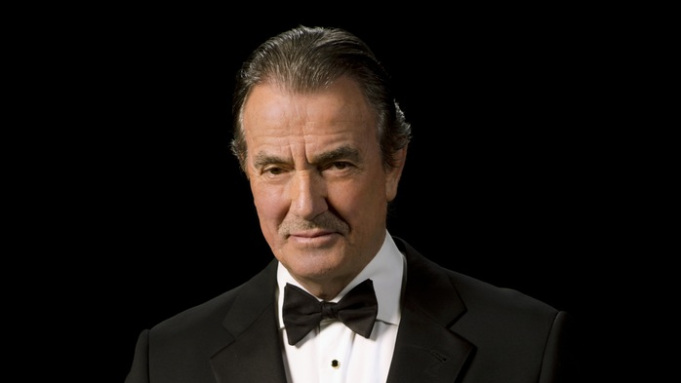 There will be quite the celebration in store for fans of The Young and the Restless, and its iconic star, Eric Braeden (Victor Newman).

Victor first appeared on the Y&R canvas back on February 8th, 1980.  During the three days of special episodes, viewers will be treated to retro clips from memorable episodes during Braeden’s impressive 40-year run.

The festivities kick-off on the Feb 18th installment, when Nikki Newman (Melody Thomas Scott) hosts a glamorous gala to celebrate the 50th anniversary of Victor’s company, Newman Enterprises. In addition to the Newman family, the gala will be attended by familiar faces from Victor’s past and present! Returning for the celebration are Victor’s grandson, Noah Newman (Robert Adamson), his first wife, Julia (Meg Bennett), and Victor’s brother, Matt Miller, played by Robert Parucha, who originated the role in 1985.

In a statement on his 40th anniversary with Y&R,  Eric offered up: “I am enormously grateful to the writers and my fellow actors, and most importantly to Bill Bell.”

Looking forward to the episodes in honor of Eric Braeden’s 40th anniversary as Victor? Comment below.  But first check out some clips from the upcoming episodes!

Y&R’s Sharon Case On Special Episode Airing Friday: “I Can’t Wait For People To See It”

I am looking forward to this, especially the return of Robert Adamson as Noah. I think it shameful that a character in a core family like Newman can’t be given airtime or a story! They need to bring Adamson back and dump Theo, nuChance, Tessa and her scruffy Himbo, and EVERYONE related to Amanda’s previous life. Congrats and thanks to Eric Braeden for many thrilling and professional years..and a terrific autobiography.

And I think pairing up Theo and Lola is a huge mistake. They really don’t have ties to anyone else on the show. So Theo is related to the Abbots, but just recently. Lola’s brother Ray is on the show, but he’s expendable. When Lola was married to Kyle, she had an anchor. Now she doesn’t. I wish Theo would leave altogether. Not totally loving nuChance. Don’t like Tanner. What is the point of him? I get to take Tessa on tour, but the scenes in the airplane are ridiculous. And if he takes her on tour, why do we… Read more »

I’m in agreement, Momo. I’ve nothing against new characters. But this recent spate just don’t click for me. Tanner, Tessa, nuChance, Amanda and her ex, and especially Theo just don’t have it. Meanwhile, we have a terrific recast Adam with too much airtime and the returns of Traci, Kevin, Chloe… and they get dribbles. The balance is off.

Just one episode would be MORE than enough! Why the heck do we need three???

There have been other actors on their soaps for 40+ years, and they didn’t get that kind of celebration!
It’s really kind of nauseating!

I can take only so much of the sanctimonious Mustache!!!

I agree. Enough with the dedication shows already. They need to clean up the mess they have now and get on with. As a long time fan of Sharon Case, I am interested in seeing how this story will play out. But a three show dedication to Victor Newman who spends his time doing whatever the hell wants and getting away with it, enough is enough. Getting back to Sharon Case, I am not being morbid or anything like that, I am just saying that she is a terrific actress and she can handle anything that comes her way. Like… Read more »

It’s almost funny, isn’t it? If the Baldwins, Fishers, or Williams families actually GOT a story, they’d be newbies to many viewers. Not sure whether to laugh or cry!

Oh, I’m so glad I’m not the only person who feels this way. So many people are quick to point out how wrong it is to glorify GH’s Sonny, who is a mobster, but Victor gets a pass for all he does. Victor’s destructive behavior is not the same as killing people in the mob but the emotional violence he inflicts is just as devastating. Congrats to Mr. Braeden, but celebrating this toxic character over three episodes is more than I will be able to take. Glad to have been warned!

Sonniorsolita and others,
I so agree and thank God for not having had a father like Papa Newman who loves saying that his family comes first. Again, the other day lying to Victoria about Billy and Samantha. If you ask me he loves himself more than anyone else. Being the great V.N, he can beat the drum and blow his own horn at the same time, as this is really what he does best. After 40 years experience, he’s a one man band!

I totally agree, especially after reading his horrible tweets about our US President.

Nice. However, it leads me to wonder what did Doug Davidson get on his 40th anniversary playing Paul Williams? Not much is my guess.

Doug was treated pretty badly awful actually he was hurt and unfortunately he took to Twitter and I guess powers that be did not like that ! EB is the only character on Y&R who can be nasty on twitter lol ! Noah should have come back for the story concerning his mother so maybe he is finally one would hope .

Wow! Should be fun.

So did Victor start Newman Enterprises before Eric started on Y&R?

You know, Kay, I’ve heard Eric Braeden himself say that he considers Victor basically a villain. It’s surprising how many are still surprised when he misbehaves.

No, I’m dreading three days dedicated to this.