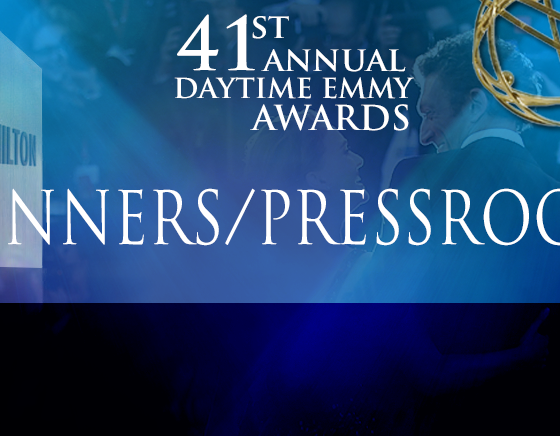 The 41st Annual Daytime Emmys are in the record books… and when all was said and done it was The Young and the Restless that walked away with a record 9 Emmys for the 41-year old soap opera.  That number is combined from the live-streamed ceremonies on June 22nd and the Creative Arts Awards held two nights previously.

Y&R won gold for its popular departed star, Billy Miller in the Outstanding Lead Actor category for his performance of Billy Abbott following the on-screen death of little Delia!  In addition to Miller, his longtime scene partner, Amelia Heinle (Victoria) was awarded the Supporting Actress prize for her work in the same storyline!  Miller becomes the second youngest actor in Daytime Emmy history to win the Lead Actor prize, and it was his third overall, a nice capper on his career for his time spent in Genoa City!  Y&R also picked up wins for Outstanding Writing Team, Outstanding Drama Series, and for Outstanding Younger Actress winner, Hunter King (Summer)!  And at the Creative Arts ceremonies, wins in Lighting Direction, Costume Design and Technical Team.

Days of our Lives also had a very strong showing in the acting categories with Eileen Davidson finally winning her first Daytime Emmy for her delicious performance as Kristen DiMera in the Outstanding Lead Actress category.  Her scene partner last year, Eric Martsolf was also given the nod as the Outstanding Supporting Actor winner for his performance as Brady Black.   It should be noted that both Martsolf and Amelia Heinle were first time winners in their first nominations, which is often a rarity at the Daytime Emmys an in Hollywood for that matter!  And it was none other than Chandler Massey, who took home his third Daytime Emmy in a row for his performance as Will Horton.  Massey was fired from the show late last year and replaced by Guy Wilson.  Chandler was in attendance and seated in the back of the room and had the dubious honor of having the wrong clip shown during the Younger Actor nominee clip package of Guy Wilson, instead of his work!

On-Air On-Soaps was backstage in the One-On-One Winners Walk where we were able to interview and spend some private time with the night’s big winners right after they won the gold!  From their initial reactions to their victory, to sharing some heartfelt moments and kudos with each of them, to at times revealing to us never before heard Intel, the newly crowned Emmy champs were very excited indeed! Check our chats and special moments with 41st annual Daytime Emmy winners: Eileen Davidson, Billy Miller, Hunter King, Eric Martsolf, Amelia Heinle, Shelly Altman and the writing team of Y&R, Jill Farren Phelps (EP, Y&R), Jill Mitwell and the directing team of OLTL, the producers and the writer of Ellen, Extra’s Mario Lopez, and presenter Sharon Case of Y&R, and Venice the Series producer winners: Crystal Chappell, Katherine Kelly Lang, Hillary B. Smith, and Christa Morris.

Check out our video and photo galleries with the big winners of the 41st Annual Daytime backstage! NOTE: To see all the video and photos in their respective galleries, hit the NEXT GROUP icon to the right of the + sign in the gallery, or you can select clips and videos via the slideshow.

Below is this year’s honor roll and complete list of winners from both the Creative Arts Emmys and the 41st annual Daytime Emmys. Congratulations to all! 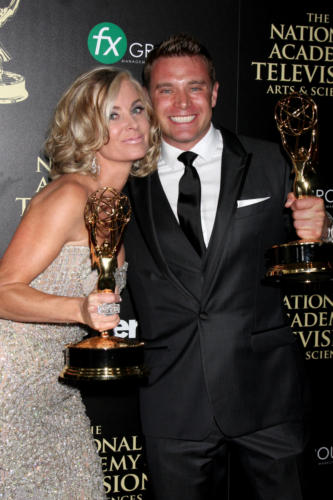 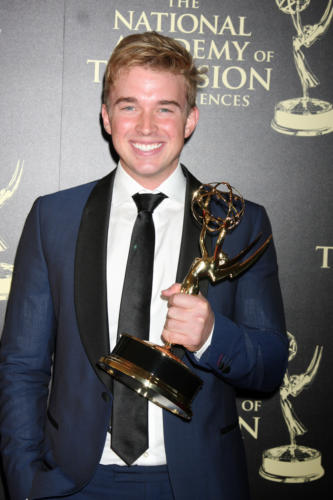 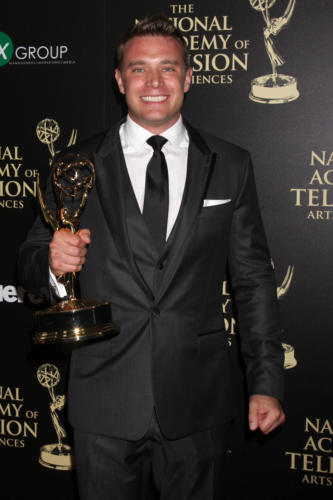 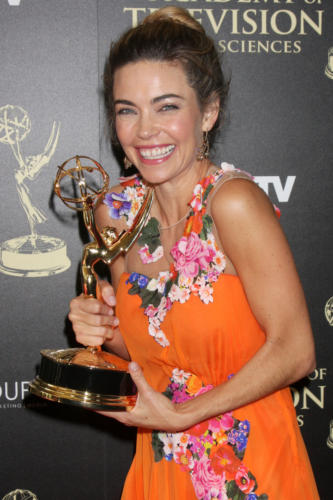 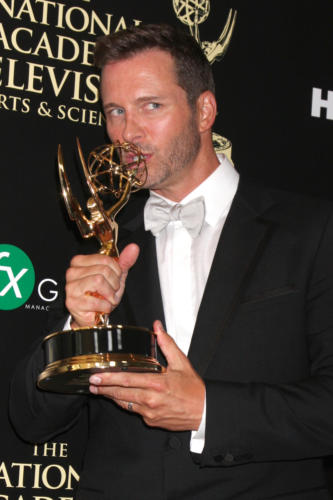 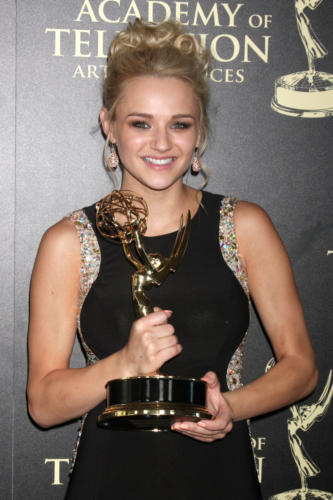 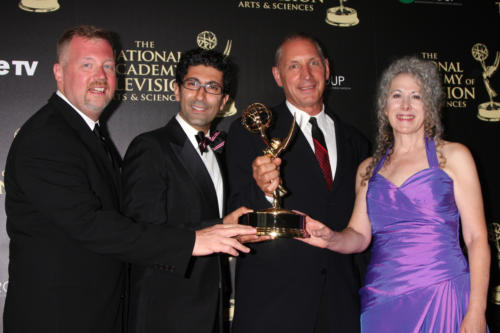 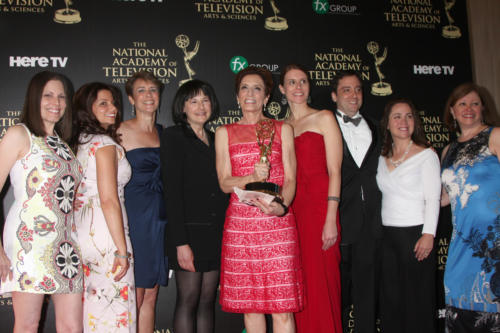 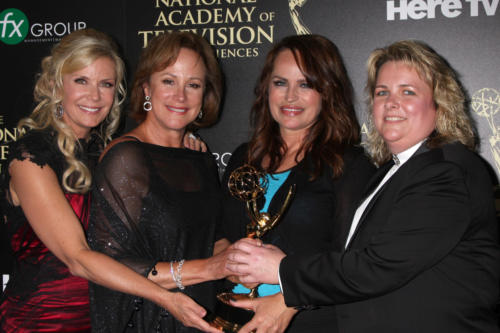 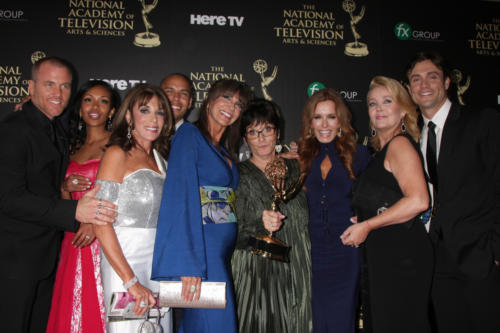 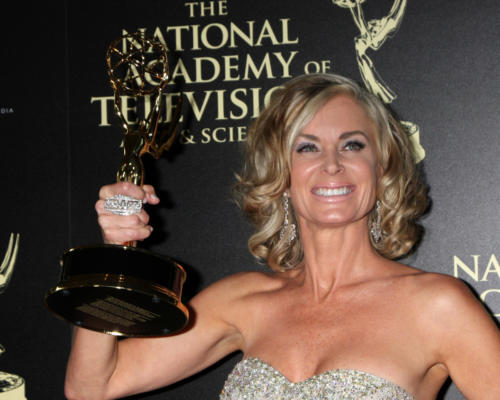 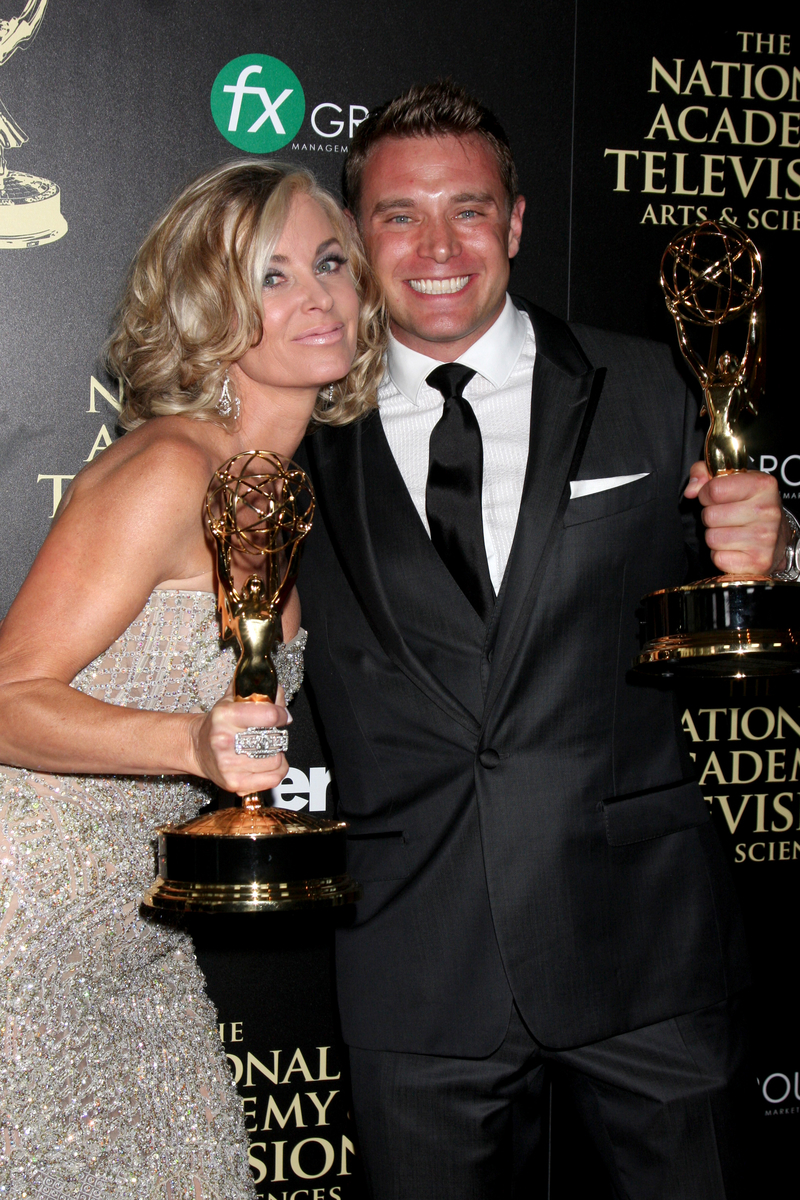 Eileen Davidson – Days of our Lives

Billy Miller – The Young and the Restless

Amelia Heinle – The Young and the Restless

Eric Martsolf – Days of our Lives

Hunter King – The Young and the Restless

All My Children and One Life to Live

Outstanding Casting for a Drama Series

Outstanding Achievement in Costume Design for a Drama Series (TIE)

The Bold and the Beautiful and The Young and the Restless

Outstanding Achievement in Hairstyling for a Drama Series

Outstanding Achievement in Lighting Direction for a Drama Series

Outstanding Achievement in Make-Up for a Drama Series (TIE)

The Bold and the Beautiful and General Hospital

Outstanding Achievement in Multiple Camera Editing For a Drama Series

Outstanding Achievement in Music Direction and Composition for a Drama Series

“Parachute” – Denyse Tontz – All My Children

Alison Sweeney Special Message On Upcoming 4/21 DAYS: "Thinking Back On All The Pivotal Episodes … This Without Question Stands At The Top!"

Roger Howarth Makes His Debut On Californication – Watch The Video!