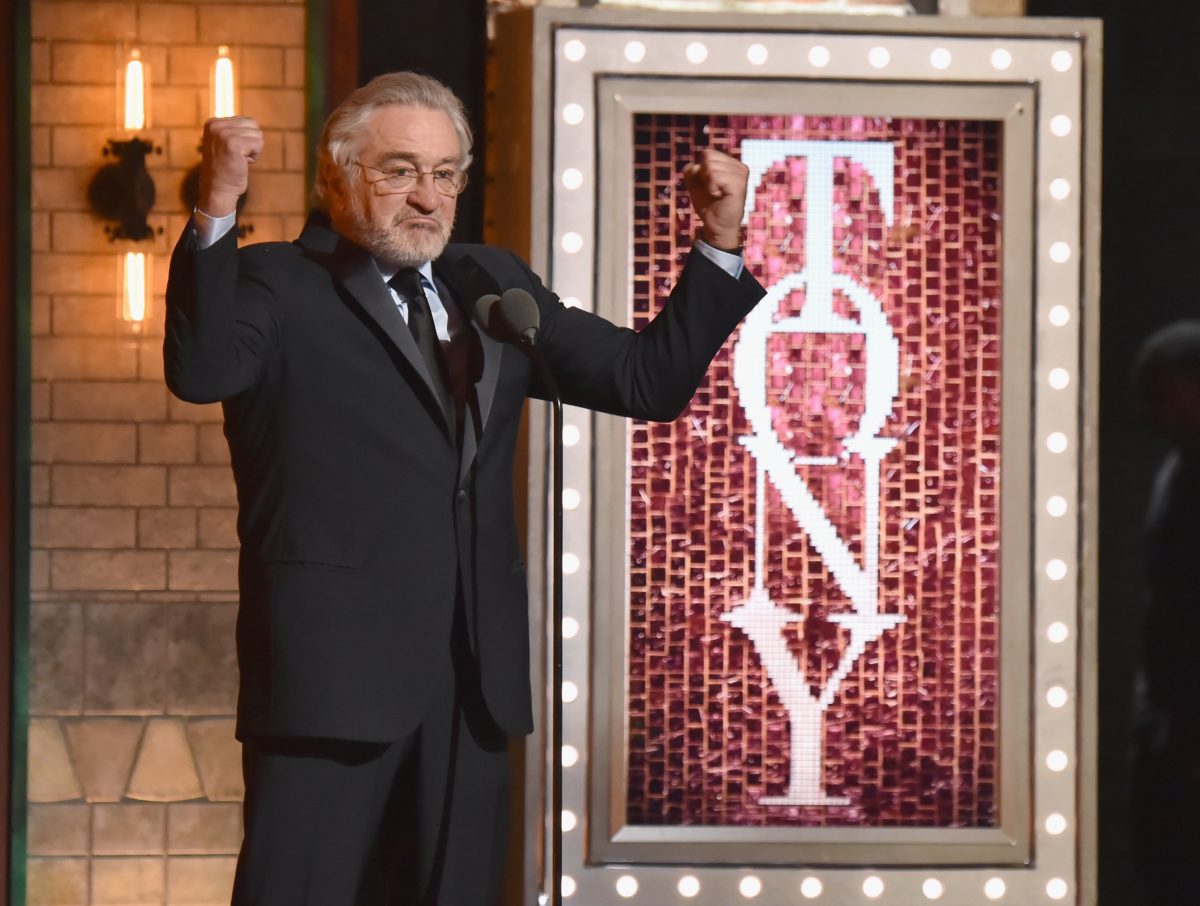 Sunday night on CBS, the 72nd Annual Tony Awards were presented at Radio City Music Hall in New York City,  Hosted by Josh Groban and Sarah Bareilles, there were several notable moments in the show.

The evening’s big winner took home 10 Tonys, and that was the Best Musical recipient, The Band’s Visit. Of the nominees in the category, The Band’s Visit was the critical darling with its social and political message.  The musical is based on a 2007 Israeli film of the same name.  It centers on members of an Egyptian police orchestra booked to play a concert at the Israeli city of Petah Tikvah, who mistakenly wind up in the wrong town. Over the next few hours, the townspeople and the musicians learn about each other and themselves. 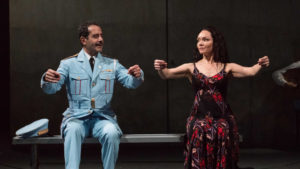 Tony Shalhoub took home Best Leading Actor in a Musical for his work in The Band’s Visit.  In his acceptance speech, he spoke to immigrants building a life in the United States:  “I want to connect this moment to a moment that occurred nearly a century ago in 1920 when my father arrived on a boat from Lebanon and first set foot here on Ellis Island. He was then just a boy of 8. Disembarked on Ellis Island just a few short miles from this very spot. So tonight I celebrate him and all of those whose family journeyed before him and with him and after him.”

The most talked about moment that will be remembered, when all is said and done, was Robert De Niro coming to the stage to introduce a performance by Bruce Springsteen.  When De Niro got to the mic, he shocked all and said: “First, I wanna say, ‘f**k Trump,'”  He then added: “It’s no longer ‘Down with Trump,’ it’s ‘f**k Trump.'”   U.S. viewers at home heard dead silence, though in other regions the f-bombs reportedly weren’t censored. The expletives sparked a huge reaction from the audience, with many of the celebrities standing up. 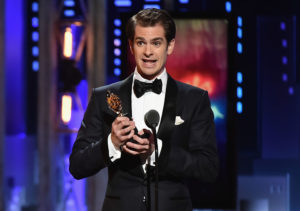 However, the acceptance speech of the night belonged to Andrew Garfield, who took home the Tony for Best Leading Actor in a Play for his turn as Prior Walter in the revival of Angels In America.

Garfield expressed: “At a moment in time, where maybe the most important thing we remember right now is the sanctity of the human spirit, it is the profound privilege of my life to play Prior Walter in Angels in America, because he represents the purest spirit of humanity and especially that of the LGBTQ community. It is a spirit that says ‘no’ to oppression, it is a spirit that says ‘no’ to bigotry, ‘no’ to shame, ‘no’ to exclusion. It is a spirit that says we are all made perfectly and we all belong.  So, I dedicate this award to the countless LGBTQ people who have fought and died to protect that spirit, to protect that message, for the right to live and love as we are created to.”

Then the actor closed his acceptance speech with this message based off the recent Supreme Court ruling where a gay couple was denied a custom wedding cake to be made for their nuptials, because of the religious beliefs of a Colorado baker.  The court ruled to absolve the baker of discrimination. Garfield shared: “We are all sacred and we all belong, so let’s just bake a cake for everyone who wants a cake to be baked.  Thank you so much” 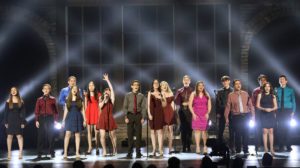 In a surprise appearance at the Tony Awards, 16 students from the Marjory Stoneman Douglas High School drama department took to the stage. What happened next was the most touching moment of the evening.  With the iconic melody of “Seasons of Love” beginning to play, a chorus of voices began their rendition of the hit song from Rent.   The performance brought the audience to its feet.  Almost four month ago, the high school located in Parkland, Florida was the scene of a mass shooting leaving 17 dead and 17 injured.

Check out the complete list of Tony Winners here.

So, what was your favorite highlight of the 72nd Annual Tony Awards? Comment below.  In case you missed it, watch: Robert De Niro’s f-bombs, Andrew Garfield’s acceptance speech, and the students of Marjory Stoneman Douglas high school’s performance.

Christopher Sean Decides To Depart Days of our Lives!

I dont care what he thinks of Trump…his disrespect with his dirty mouth is unacceptable…no class in Hollywood anymore…stars no longer shine over Hollywierd!!!…there is a time and a place for political views and not something families are wastching!!!!

Just another once-venerable event that I have crossed off my must-viewing list….so glad I did!!! This year’s show sounded particularly nasty….no sense of what was appropriate for the actual occasion, simply more one-sided, filthy-mouthed, political drivel more befitting a sewer than a Broadway venue.

From a talented actor who made so many great movies, what will kids know him from now, a grumpy old man who drops the F bomb at a major event that honored the best in theater and paid tribute to the kids at Parkland. Yeah, those scum bag actors applauded those brilliant kids but the same losers stood up for Grandpa De Niro! My list gets longer and longer of actors, musicians and sports stars! PS: Any positive point that was expressed by Andrew Garfield and his cake comment was and will be buried because of De Niro stealing the… Read more »

Micheal, thank you for the recap of the Tony Awards on your site. It’s nice to see you recognize the New York theatre community. Especially since so many stage actors used to appear on our daytime dramas. Just some that come to mind: Eileen Fulton, ATWT, was in “Who’s Afraid of Virginia Wolf”. The same production also starred Shepperd Strudwick, the second Victor Lord On OLTL. When I was a teenager I saw the original production of “A Little Night Music” with Pat Elliot, Renee OLTL and Victoria Mallory, Y&R. So many of these fine actors would work on the… Read more »

I soooo – wanted – David Morse to WIN ” best featured actor in a play ” @ THE ICEMAN COMETH. he lost out to Nathan Lane. does any one remember David MORse in “The Green Mile”

Free speech (as of now!) is still alive (but not so “well”) apparently!

So happy the brilliant Glenda Jackson won her first Tony. She was a major force in 1970s cinema, winning two Best Actress Oscars in 1970 and 1973. I always hated that she’s been largely forgotten since joining British politics in the 80s. But she’s back with a vengeance. Maybe this win will remind fans to watch her classic performances in WOMEN IN LOVE, A TOUCH OF CLASS, HOUSE CALLS, STEVIE, and MARY, QUEEN OF SCOTS, among others.