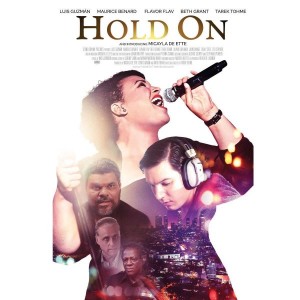 This week in Los Angeles, you can catch General Hospital star, Maurice Benard (Sonny Corinthos) at a few screenings and Q&A events for his latest film, Hold On: The Movie.

The film tells the tale of a young woman named Sidney Rhodes (Micayla De Ette) who is grappling with guilt over her brother’s issues with addiction.

Sidney is an aspiring singer who struggles to balance her time and talents while working as a music director at a small Los Angeles church.  Maurice plays Peter Duran, a music producer whose problematic son Vic gets involved with Sidney.  Mia St. John plays Benard’s wife. The film also stars Luis Guzmán, and John Savage.

Tonight on October 3rd, the film will screen at the Regal Cinemas at LA Live in Downtown LA from 7-9PM, There will be a Q&A with the cast. Tickets are free, but limited. The screening will serve as the opening night event for “Hispanicize LA,” a Latino-focused media event that is promoting diversity in the arts and raising awareness for those affected by the hurricane and earthquake in Puerto Rico and Mexico. 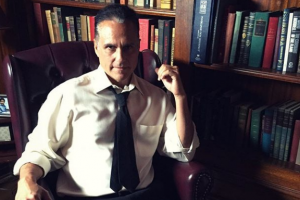 On Wednesday October 4th, once again in conjunction with Hispanicize LA, the film will be holding an industry diversity panel with several of the film’s key cast — Luis Guzman, Maurice Benard, Flavor Flav, Tarek Tohme, & Micayla De Ette. This will be held at  The Line Hotel, 3515 Wilshire Blvd, Los Angeles, CA 90010.  Scheduled time 3:20PM  Tickets for the panel are $45 and also include access to other Hispanicize LA events.

For further information on all LA and NY based screening events for Hold On: The Movie visit their facebook page here.

Now after the jump watch the trailer for “Hold On”, then let us know if you will be checking out Maurice and company when the film is released, or at one of the upcoming screenings (if you are in the Southern California or Tri-state area of the east coast) via the comment section below.

This movie looks amazing! I am a HUGE Maurice Bernard fan but I will be seeing it not only for him… all the actors look brilliant!

I love Maurice Bernard and will see the movie when it is released.

It looks amazing a must see.Marice Bernard being in it is awesome.

The singer brought me to tears. Such a beautiful soulful voice. I too am a huge Maurice Bernard fan. Can’t wait to see this movie.