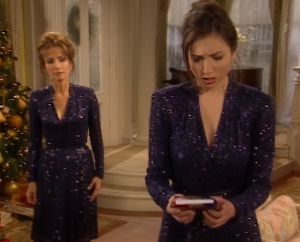 June is pride month so the LGBTQ community is showing their solidarity in events and festivals around the country in major cities, and around the world.

In honor of reflecting back on how far we have come on television with its representation of gay characters (and there is still much further we need to go), the Decider polled over 40 LGBTQ television professionals and critics and asked them to rank their top LGBTQ television characters of all time.  After the votes were tallied, 50 characters were named.

Within the major list contained some soapy characters including: #12 Billy Crystal’s Jodie Dallas on the ABC sudsy sitcom, Soap, #17 Jussie Smollett’s Jamal Lyon on the primetime soap, Empire, and at #44 Al Corley and Jack Coleman’s Stephen Carrington of the original ABC version of the sudsy, Dynasty.

However, most notable to daytime drama audiences was the inclusion in the top 20. and at #19 to be exact, of Eden Riegel’s exquisite performance of the character of Bianca Montgomery on ABC’s All My Children.  Bianca’s coming out scenes to her mother, Erica Kane (Susan Lucci), her struggles to be accepted by her mother, her struggles in the romance department with the her women in her life, her same-sex wedding to Reese (Tamara Braun), while always maintaining to be the moral center of Pine Valley. even though she was an LGBTQ character. were all important moments in television history.

Riegel, talked about the important of the coming out scenes, and how key Bianca’s story was to legendary AMC creator, Agnes Nixon  in the recently posted Agnes Nixon Daytime Emmy Tribute Extended Version released and produced last week by On-Air On-Soaps Michael Fairman.  You can watch what Eden shared here. 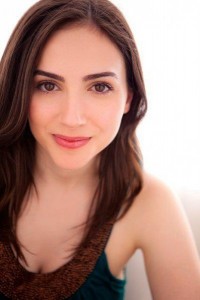 Decider’s Twitter account upon naming Bianca to the Top 20 tweeted: “Bianca Montgomery’s importance to gay TV characters went beyond the milestones”.  Eden Riegel tweeted back: “Couldn’t be prouder to be #19! #PrideMonth2017”

So, what do you think of Bianca Montgomery being named to the Top 20 Most Important LGBTQ TV Characters Of All-Time?  Excited to learn she was high up on the list?

Check out the entire top 50 here.  Then, let us know if you think any other gay characters should have been on the list from the world of daytime drama? Comment below!

Excellent! The character deserved to be on the list. I wish Will Horton had been too, but with the way he was killed off, not surprised. Great for Bianca/AMC tho. Speaks to the legacy, talent and insight of the great Agnes Nixon!

There will never be enough thanks to give Agnes Nixon for making the beloved daughter of the biggest star in daytime a lesbian. Agnes also gets credit for introducing gay characters much earlier on AMC. Eden deserves the credit as well for an outstanding performance. One could argue that Will Horton could be on this list (much lower than Bianca). Unfortunately, the recast and subsequent (soon to be undone) murder of the character negated this. The 3 other current shows would have characters on the least important list. At least GH has 4 recurring gay characters. CBS Daytime really should… Read more »

I still remember that day when Bianca came out to Erica. I also remember how pissed I got when she didn’t win the Emmy that year. That was total robbery to me.

Good for Eden. Powerful story and a very well deserved honor but I’m shocked that Ryan Phllipee Billy Douglas/AIDS Quilt story isn’t right up there with her. What a glaring omission!

Thank you for remembering OLTL and the quilt story told a decade earlier than AMC groudbreKing story!

Maybe the character can be added to the fabric that makes up G.H.

Those scenes and that story line helped me and my mother connect as I came out. I will always be in debt to the AMC writers who took such an important storyline front and center in Erica Kane’s doorstep! It was handled with such class and grace!