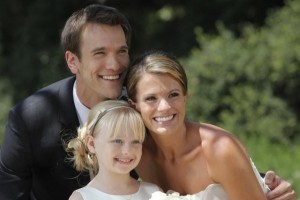 Despite JR’s questions, Annie reiterates her feelings for Scott and suggests JR focus on making his marriage work. JR invites Marissa up to the cottage and makes another plea to save their relationship.  Marissa admits to sleeping with Scott. Annie is happy that Scott invited Ryan to the wedding ceremony for Emma. Ryan promises Greenlee they will get her out of her situation with David. Angie admits her medical condition to David. David is sympathetic but he’s more interested in how this will end Angie’s career. Jesse reassures Angie the fight with David and the hospital is not over yet. David shares the news of Angie’s illness with Greenlee who accuses her husband of using it to get his revenge on the Hubbard’s.  Madison shows up at Ryan’s place and he gives her the details of his plan.  She isn’t too thrilled and thinks it’s unfair of Greenlee to allow Ryan to put himself in danger. JR is angry when Marissa declares their marriage is over because she slept with Scott. Marissa wants JR to admit that he doesn’t truly love her. As the wedding ceremony begins, JR shows up and tells Annie his marriage is over. As he’s about to tell her about Scott and Marissa sleeping together, Scott interrupts and tells Annie himself. David comes to Marissa’s rescue and tries to physically comfort her but she pushes him away.

Scott tries to defend himself while Annie questions him on how he could sleep with Marissa.  After a discussion with JR, Annie decides to continue with her marriage to Scott and the ceremony is completed. Asher covers for Damon and takes the blame in denting Tad’s car. Colby offers Asher her family’s hotel room for the night and he accepts. Zach tells Kendall that he has an interested buyer for their house.  Kendall opens up to Bianca and admits she feels like an outsider in her own life and is missing out on things by being a recluse with Zach and the kids. After running into Liza, Zach admits the reason he got a new lawyer for the sale of the house was to protect his marriage.  He professes his love for Kendall and Liza says things between her and Tad are just great.   After bumping into Tad and learning that he broke up with Liza, Zach asks Liza why she lied.  Zack tells Kendall he wants her to be happy. Caleb asks Tad to help bring David down.  Upset over her estranged relationship with Colby, Liza bursts into tears and David offers comfort. David tells Liza to fight for what she wants.  Both understanding where the other’s coming from, David and Liza share a tender moment and he admits to really liking her. Tad calls Liza out on lying about the adoption papers. Greenlee blurts out in front of Ryan and Madison she wishes she could kill David. Greenlee questions Madison about her husband’s death.

Liza asks the mayor to be considered for the newly available DA position. David expresses to Liza how badly he misses his daughter. Kendall witnesses Liza giving David a small key.  Kendall approaches Liza and informs her that she’s moving back to town and would like to have a different dynamic with her. Liza sees right through the act and wants to stop the polite chit chat and cut to the chase. Damon’s feeling pretty low after Colby buys him an expensive gift and he can’t afford to take her to lunch. Damon decides to work the Cooney party to earn some money. Damon suggests Colby take Asher to the party since he’ll be working it. Kendall presses Greenlee on her feelings for Ryan and encourages her to act on them before it’s too late. The chemistry between Ryan and Madison heats up. 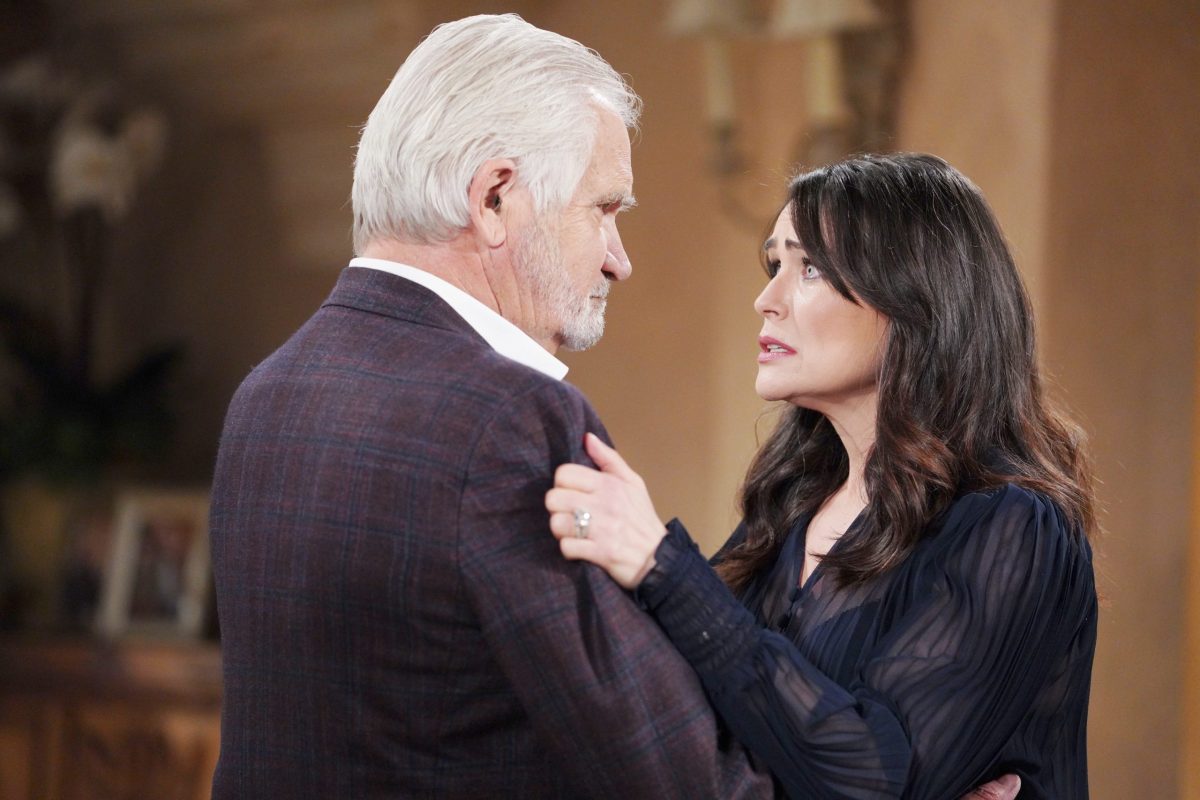 Well, this won’t end well for either Quinn (Rena Sofer) or Carter (Lawrence Saint-Victor)! On Friday’s episode of CBS’ The Bold and the Beautiful it was reconciliation time.

First, at Forrester Creations, Zoe (Kiara Barnes) and Carter patch things up, after Zoe believes he had sex with Shauna (when it was in reality Quinn), and after a panic attack from Carter.  He says to Zoe, “I’m the best version of myself when I’m with you.”  Zoe is somewhat shocked and yet overjoyed and she is ready to give him another chance too, and so they wind up in each other’s arms, but not without a guilt-ridden look from Carter.  He knows he has been sleeping with his dear friend Eric’s (John McCook) wife, not Shauna. 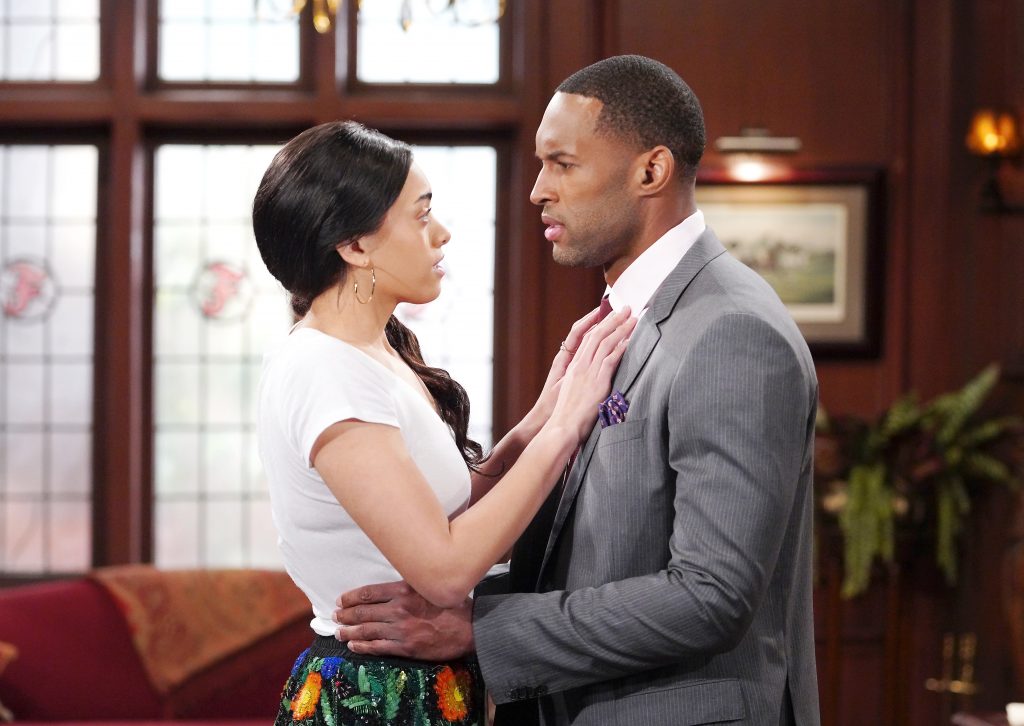 Meanwhile, at the Forrester Mansion, Eric tells Quinn he has been thinking about their marriage and comes to the realization that he has not been fair to her.  Quinn replies, “No. Eric it’s me who hasn’t been fair to you.”  Eric then launches into how badly he feels for making Quinn feel undesirable. Quinn responds with, “I’m sorry too!”  She goes on to say that Eric’s kindness and affection means everything to her, and how his love helps her not give into her darker impulses.  They embrace and tell each other they love each other.

Later, Carter gets a call from Quinn.  She tells him that Eric and her are back together, and he shares the same news about he and Zoe.  They thank God for Shauna (Denise Richards) saving the day, but Quinn tells Carter they have to take the secret of their affair to their graves.  Carter replies, “To our graves.”

Now the questions become: will Quinn and Carter be able to stop their impulses, or hit the sheets yet again?  Who will find out first about their affair … Eric or Zoe, or will someone else come upon the information and might blackmail ensue? Share your theories via the comment section, but first check out the final moment from Friday’s cliffhanger of B&B. 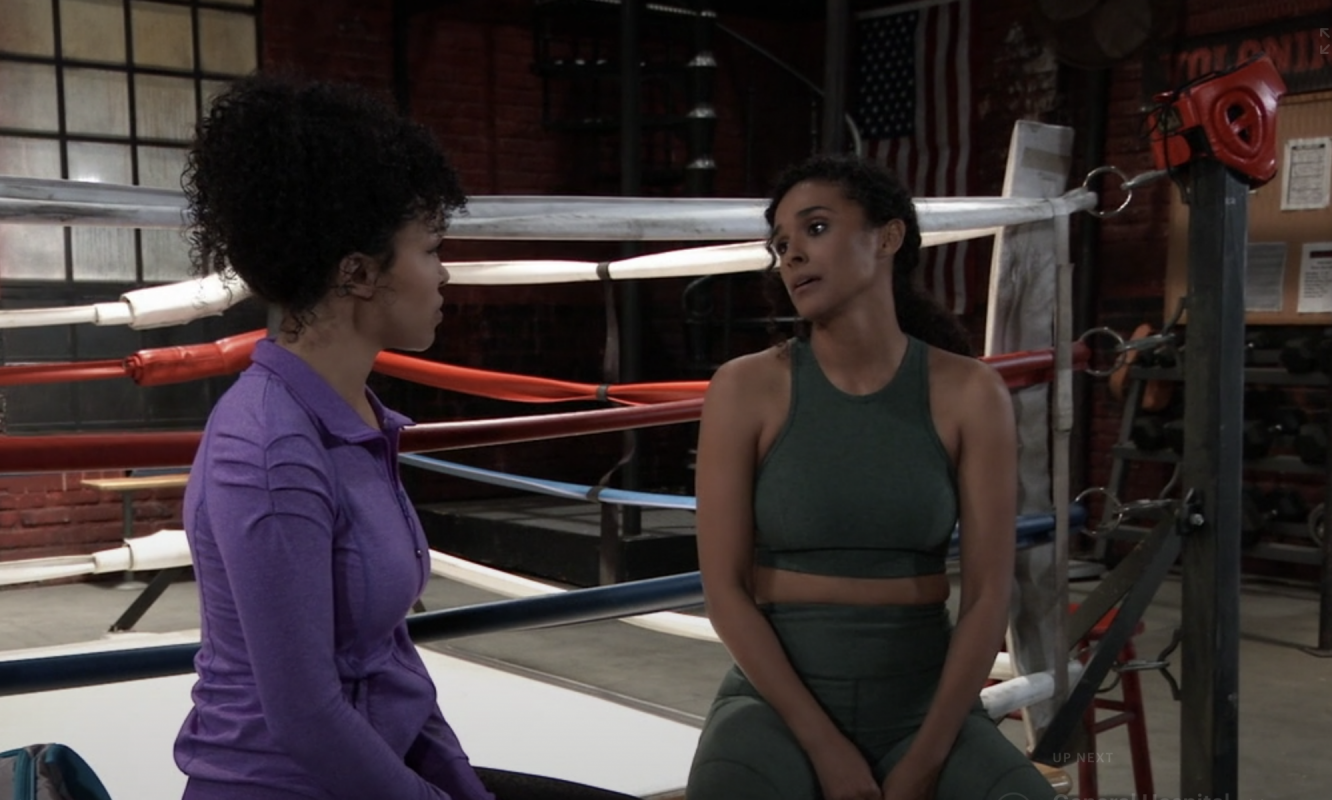 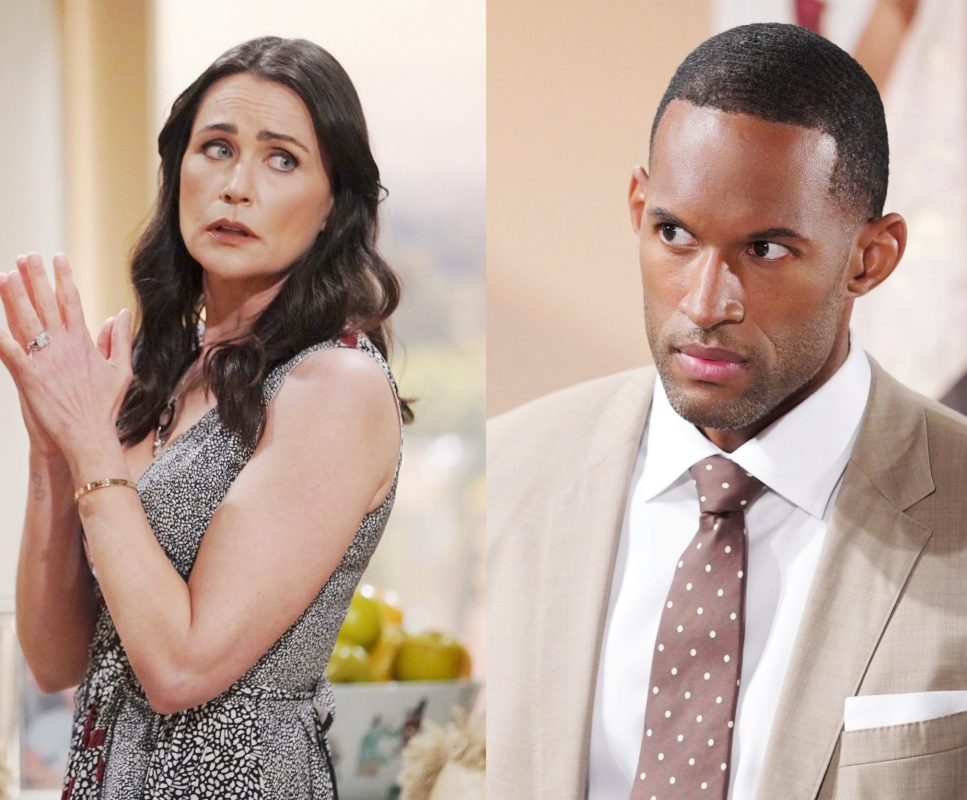 CBS Daytime’s The Bold and the Beautiful has been known over the years to surprise viewers with a cliffhanger they may have not seen coming, or a moment within an episode, that was unexpected.  Now, while often on daily episodes of soaps there is repetition in scenes and stories, Friday’s show surprised many!

In story, Quinn (Rena Sofer) went over to see Carter (Lawrence Saint-Victor) to try to get him to forgive Zoe (Kiara Barnes) and give her another chance, only things don’t go as planned.

Carter tells Quinn when he sees Zoe he wants to make love to her, and that it’s been a long time since he has had sex. Quinn can relate informing Carter expressing that it’s been a really long time since she felt wanted by Eric (John McCook).  She says that it feel like “We’re strangers”, and that when she reaches out to touch Eric he actually recoils.  Quinn adds that she is starving for affection, and that sometimes she just wants to be held.  Carter adds that he does not want to chase anyone, especially if she has feelings for someone else.  He wants someone who truly wants him.

As the seduction between Quinn and Carter begins, she recalls how Eric’s love gave her confidence and made her feel sexy and how she just wants to feel that again.  Next, Carter moves in close to Quinn, which prompts her to whisper, “We can’t”, but oh they do! Cue the music, the making love montage, the candles, the sofa, the camera cuts back and forth, and voila, Carter and Quinn make love.

This is a great twist for B&B, which will clearly give Lawrence Saint-Victor and Rena Sofer a secret to play.

Now the question becomes, will Carter and Quinn be the next hot couple on the show, or will this just be one night of bliss? Share your thoughts via the comment section below.