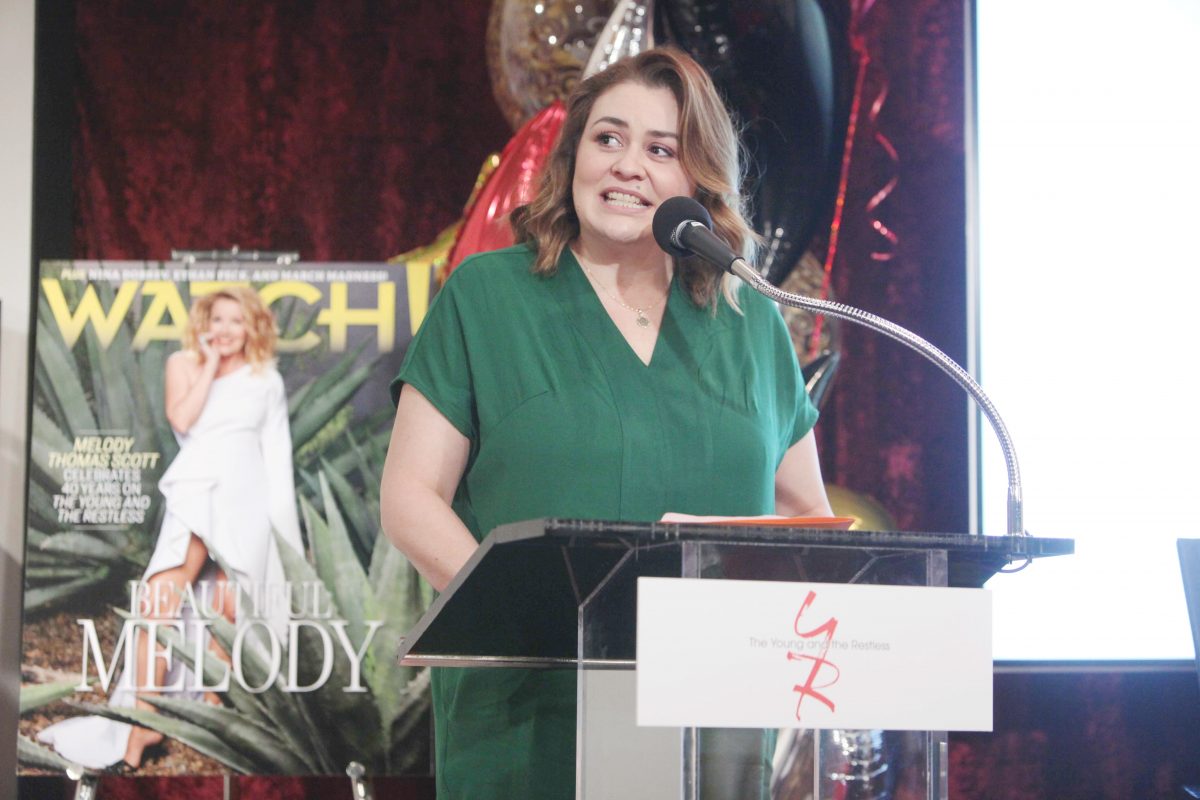 On Friday, Angelica McDaniel, who’s position as head of Daytime for CBS was folded into the current programming department, thereby the network eliminating her position, took to her Instagram to share her thoughts on her achievements in the day-part over her nine years as part of the network.

McDaniel pointed to her successes in her farewell post expressing: “In my nine years at CBS I’ve had some incredible highlights – we launched a new show which is celebrating it’s 10th season, created an immersive museum exhibit celebrating iconic Daytime shows, gathered more than 100 talent from the past and present to commemorate 30 years of television in a historic photo, developed an innovative show for young people celebrating female superstars in STEM to launch in a few weeks, traveled America’s favorite game show wheel around the country, celebrated 116 Emmy wins and the many dances they spawned at after parties, and friendships that I’ll always cherish. It’s time for me to move on to new innovative territory, make even bigger successes, and always more great memories.”

The former CBS executive was referencing launching The Talk, how she was in charge of the initiative that brought back Guiding Light and As the World Turns stars to be part of the Paley Center for Television Museum exhibit and more, and of course, those Emmy after-parties as only CBS Daytime throws.

Over the last 24 hours, social media has been a mixed bag of reactions to the news of McDaniel’s departure from support from several actors and soap writers, to fans who have been unhappy with the state of Y&R, hoping that with McDaniel no longer in charge, things might change for the better.

So what do you think of the sentiments shared by McDaniel in her parting words post? Comment below.

DAYS’ Bill and Susan Seaforth Hayes On Doug and Julie’s Emotional Scenes: “We Didn’t Have To Act Them. The Love Between Us Played Them For Us.”

I liked how she was a champion of soaps but I think this change will be good news for Y&R,the show has not been doing well and the problems and with her influence gone the writers may have more freedom and the saint Lola mandate can end

No offense to you Michael, or Ms. McDaniel….but who cares? Soap fans dont care about the corporate suits…..with some exceptions! If its a Brian Frons…who has caused devastation and destruction across the daytime landscapes, then yes. On the lower level… The Executive Producers and Head Writers… we generally care about news. If its a Phelps, or a Carlivati, or a Pratt…we generally care! But these no name…..nobodies essentially…why even report on them? They spout the same “We are very pleased with our daypart!”. The script never changes. We are down to four soaps and these suits know there should be… Read more »

Daytime execs are not really in touch with daytime viewers. Think about the devastation to daytime soaps caused by Brian Frons with the cancellations of AMC and OLTL and Barbara Bloomless with the cancellations of ATWT and my all-time favorite Guiding Light. Noticed that Bloomless is writing for GH so the writing might be on the wall by ABC. They have made no move to cancel that GMA Day mess that is a horrible ratings lead-in for GH. Either return OLTL and AMC as 1/2 hour each show lead-ins or move Tamara Hall’s talk show before GH. Get with it… Read more »